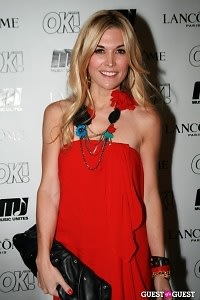 Melville, Updike, Franzen...Mortimer? Her tv show didn't work out so well, but now, Park Avenue Princess Tinsley Mortimer apparently has higher aspirations in mind. Rumor has it the socialite is penning a novel for Simon and Schuster. Woo boy, Tinz.-

Perhaps we shouldn't be so quick to discount Tinsley's literary ambitions. She's certainly not the first socialite to try her hand at writing, and some of them have been shockingly (some might say disturbingly) successful.

If Tinsley is going to take a leaf out of someone else's book (heh), whose ghost-written tell-all should it be?

Victoria Beckham's That Extra Half An Inch 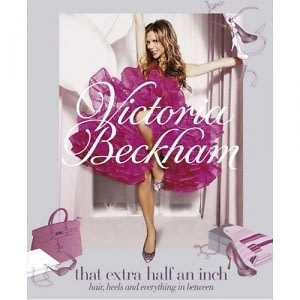 The "Plot": According to Amazon, That Extra Half an Inch: Hair, Heels, and Everything In Between is "a revealing and practical book on fashion, beauty and style." The book is basically a compendium of style tricks that the always put-together Beckham has learned in her 15 years or so in the spotlight. The book even contains photography by Mario Testino and Annie Leibovitz

The Reception: "I confess, I loved it", says one Amazon Review. "Shameless self-promotion, but entertaining in a campy way", reads another. The Mirror (which, ok, is not The National Book Review) calls the book a "refreshingly modest" assessment of what it's like to be Posh, and the Fug Girls are unabashed fans.

What Can Tinsley Learn: We think Tinsley could write a smashing version of That Extra Half An Inch.  She could call it That Perfect Blown Out Mane, or That Perfect Picture Pose. We're not sure how much Tinsley knows about literature, but she DOES know a lot about getting dressed and going out on the town. If she abandoned the idea of a novel and wrote instead about style tips and manners, we'd totally buy that book. You know. For work. 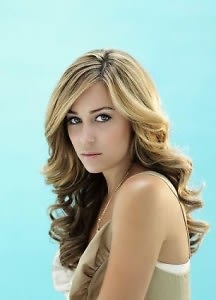 The "Plot": "L.A. Candy is a fast-paced, honest and entertaining fictional account of what it's like to come of age in Hollywood while starring in a reality TV show." Ah yes, we can relate.

The Reception: According to The Fugs (god bless them for reading ALL of these...), the writing is not as bad as one would assume.

"Should she be clearing any room off her mantel for the National Book Award? No. But words are spelled correctly, sentences are properly constructed, and th plot and structure hold together."

The average customer on Amazon gave it three and a half stars, and the comments range from "Seriously? Seriously?" to an enthusiastic, "I think she wrote it!"

What Could Tinsley Learn: Lauren (or her ghostwriter) basically just took her reality show, thinly veiled the characters, and turned it into a book. Not sure this formula will work for Tinsley; people actually liked Lauren's show...

Nicole Richie's The Truth About Diamonds: A Novel 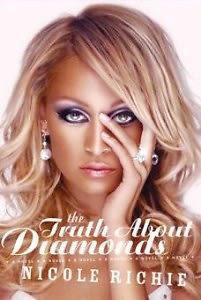 The "Plot": "The names have been changed, but the stories are true, and the fabulously young, rich, and famous characters in this story are real people." It's basically Richie's exposé on young Hollywood, in which she calls a thinly veiled Paris Hilton "functionally retarded".

What Could Tinsley Learn: Oh we would love love LOVE if Tinsley wrote The Truth About Tiaras, especially if she really spilled the dirt on Olivia Palermo. Whether real or not, Tinsley's feud with Olivia is well-documented, and just begging for someone to fictionalize it--why shouldn't Tinsley take the bull by the horns and do it herself? We'd love to see what kind of insults she could come up with about a character named "Olive Palmetto".

Paris Hilton's Confessions Of An Heiress 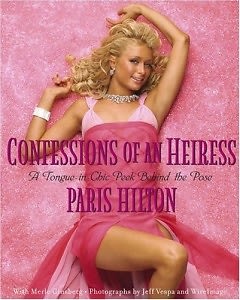 The "Plot": The full title is Confessions of an Heiress: A Tongue-in-Chic Peek Behind The Pose. Tongue-In-Chic? Ugh.

"I have known Paris Hilton for much of her young life and have always recognized her as a great beauty. What people don't know is that she is a great beauty on the inside as well."

Naomi Campbell adds to the literary conversation with:

"Paris is young and beautiful with her own sense of style. That's what everyone loves about her. Paris and I are similar in that all that matters is that we are happy with who we are."

Those are literally her book reviews. Like, random snippets from Donald Trump and Naomi Campbell that have nothing to do with the actual book.

What Could Tinsley Learn: It's very possible that Tinsley could write a much better Confessions Of An Heiress than Paris could, but we're not sure this is the right model to take.

Here's why Tinsley's reality show didn't work: in addition to the horrendous cast of supporting characters, the truth of the matter is that Tinsley, single in New York, is not nearly as interesting as Tinsley at the top of her game.

We want to read about a fictionalized Tinsley (Tippy?) as a beautiful young girl at Lawrenceville who elopes with a handsome young heir, and then climbs the ranks of society to become New York's #1 socialite.

Tinsley and Constantine: No.

Tinsley vs. Olivia Palermo: Tell us everything in a thinly veiled fictional account.

Tinsley in her 20s, married, happy, top of the world: Perfect fairytale.

Tinsley, single in her 30s: We already saw Sex And The City.