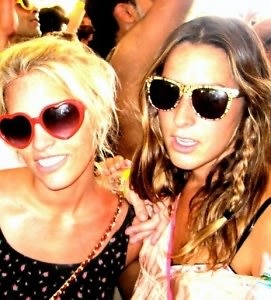 They've fled the Upper East Side in search of greener, grittier pastures, but they haven't completely forgotten their prep school roots. Meet the Neolites: Privileged girls who are re-inventing what it means to be a socialite.

Annabelle Dexter-Jones, Emilie Ghilaga, Kick Kennedy, Chloe Malle and Georgina Bloomberg all had traditional New York upbringings and educations...and then they grew up. These girls still attend benefits and luncheons like their mothers before them; they just wear Alexander Wang instead of Chanel. They're philanthropic, but they'd rather travel to the far east than merely attend a luncheon at the Temple of Dendur. And they live anywhere and everywhere but the Upper East Side. 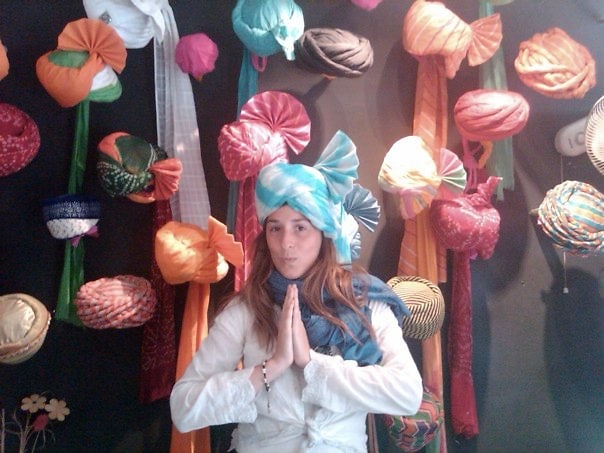 Emilie Ghilaga graduated from Goucher in 2008, kicked it in New York for a while, and then went all Eat, Pray, Love in India, where she spent her time "living, breathing, loving and learning." Oh, and starting a clothing line. 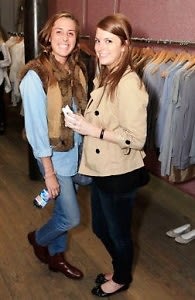 What makes her a socialite:

Describes herself as "well-traveled, well-read, well-bred".

In a Paper Magazine interview, Emilie states that "Most Westerners have a tailor in India." (No, no they don't.)

She went to said Indian tailor because she needed certain dresses for her closet, including a "simple yet glam benefit dress."

What makes her a neolite:

She lives in Williamsburg!!!

She writes really long, in-depth treatisies on topics such as "Love and Fear" and posts them on her facebook.

Lists "Ayn Rand" as one of her idols. 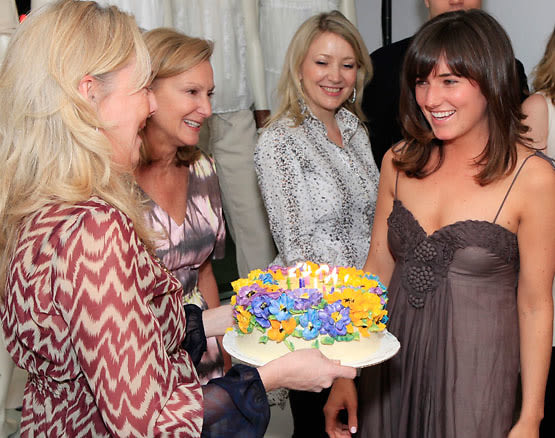 Kick Kennedy obviously comes from quite the pedigree, but she's not one to rest on her family's laurels. For instance, this past winter she climed Mt.Kilimanjaro to raise awareness about the water crises in Africa. For Kick, this isn't just a cause celeb: she's a dedicated environmentalist, working with foundations such as Waterkeeper and Riverkeeper.

What makes her a socialite: 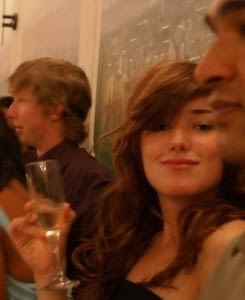 She's a Kennedy. Come on.

Holds the random title of "Fashionably Conscious Editor" at the impossibly named "What2wearwhere.com".

Lists Fitzgerald as one of her favorite writers.

What makes her a neolite:

She was a history major at Stanford.

She tweets. (Example: @kickkennedy The mexican food establishments of new york may now be at peace. The city's worst taco has been located.)

She wants to be a journalist.

She hangs out at McSorley's and Hill Country. 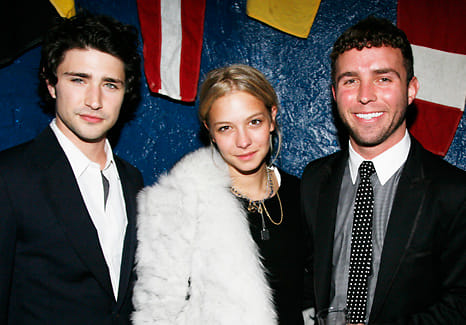 Annabelle Dexter-Jones comes from one of New York's most eclectic and philanthropic families. She was one of the first of her demographic to venture downtown, moving there with her family when she was 12 and "commuting" uptown to school.

What Makes Her A Socialite: 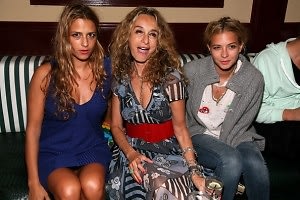 She went to Chapin.

What Makes Her A Neolite:

She has a tattoo that says "Oops", referring to a past relationship.

Went to super hippie Bard College, where she hosted a radio show during which she talked about Dawson's Creek and played Jewel. 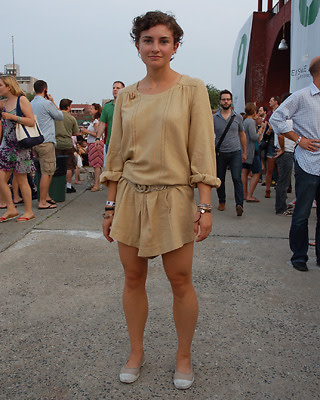 It's no wonder Chloe Malle is whip-smart and beautiful: she's the daughter of Candice Bergen and Louis Malle. Born and raised in New York, Chloe escaped her Upper East Side background at 18 when she enrolled at Brown where she studied comparative literature. After that, it was off to Ethopia to work at the Mother Teresa mission. She's back in New York now, where she's earning a living as a freelance writer.

Grew up on Central Park South

Write for the New York Observer, Huffington Post, and The Daily Beast.

Lived and worked in Addis Ababa 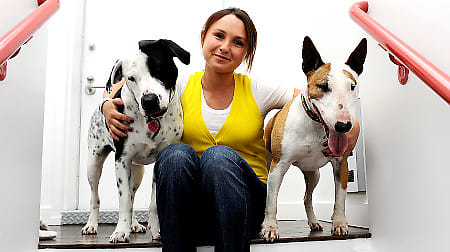 Mayor Bloomberg's youngest daughter, Georgina Bloomberg burst into the public spotlight when she appeared in the 2003 documentary "Born Rich" alongside Ivanka Trump. Though it can't be denied that her last name has been more of an advantage than a burden, Georgina made a name for herself in her own right as a show jumper in the 2008 Olympics. 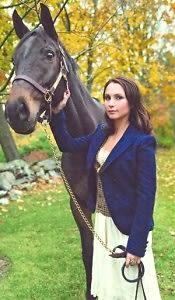 Owns nine horses and a BMW.

Famously declared in the NY Post that she was "not rich"--despite owning nine horses and a BMW.

Like many socialites, she "models" in her free time. (She's signed with Wilhelmina)

Is actually quite a talented equestrian.

Isn't afraid to get hurt--she's broken her collarbone twice, her wrist twice, and even her back, but still continues to ride.

Told Page Six her Dad used to be "egotistical" 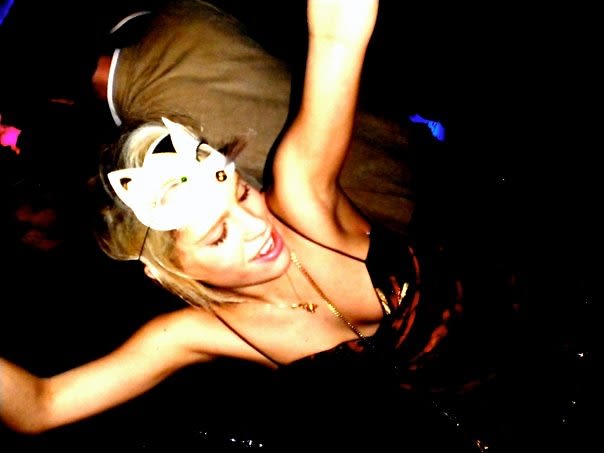 Charlotte Bocly is stunningly beautiful and stunningly privileged. She grew up on Park Avenue and took a chauffeured car to nursery school. Her Grandmother has given over $5 million dollars to the Met. She went to school with Osama Bin Laden's nieces. But Charlotte is also wild and rebellious, a partier; definitely not your grandmother's socialite (or hers, for that matter.)

She went to Choate.

Member of the Eagle Club in Gstaad.

Says her dad gave her money "like it was Kleenex"

Number of photos on PMC: 29

"You know, my two maids, Rube and Maria, are like my best friends."

She went to Rehab. (But describes rehab as "a spa"--mark of a socialite)

Has a pierced tongue.

Was high at her high school graduation.

“It was just a crazy, crazy time,” she said. “Somehow, everyone ended up at my house, and everyone’s in my pool, everyone’s naked, Paul is naked—this is at 5 in the morning, by the way—then Alexandra drove up. Out of nowhere, there are like 20 cars. Alexandra disappeared with a house guest, and I disappeared with this boy I thought was cute—it’s been a year, it’s not my style—a good-looking boy who I found out was in high school the next morning, but looked much older. And then Emily goes off with Paul—Paul!—and I’m in my underwear and a bra and I’m chasing after this guy, and I’m on the lawn—this is a little scandalous. My father comes out in his underwear—you don’t wake up my dad—and he was yelling in French and everyone was out of there. The world was shaking. Then I passed out in bed. That was a great night, for the Hamptons.”