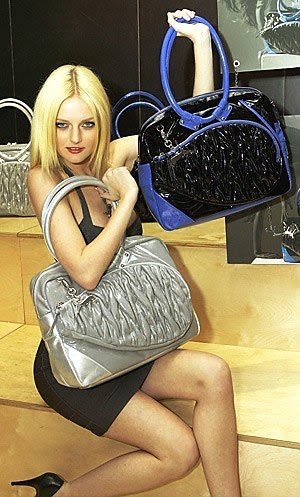 Last night was the official launch party of model/designer/socialite Lydia Hearst's new line for Puma.  We had the opportunity to muse around 60 Thompson with all the gays and fashionistas to get a peek at all the bags (well okay only 2 different ones).  First of all, good job PR team...if inviting hundreds of people and then choosing to host it in a venue that won't house them all so that you seem ultra-fab is your idea of a good party, you totally achieved your goal.  You also pissed off a lot of people who had actually rsvp'd weeks ago and couldn't get in (many of them personal friends).  Oh but alas.....you did bring in the Heatherette crew (including Richie Rich), who apparently collaborated on the merger, you gave us an open bar with not one but TWO overly sweetened drinks to choose from, and you provided us with a couple of actual straight people to look at (the servers).  Paul Johnson Calderon was there who kept a far distance from Kristian Laliberte, as was actress Francesca Cecil who will be hosting her own party this Thursday. 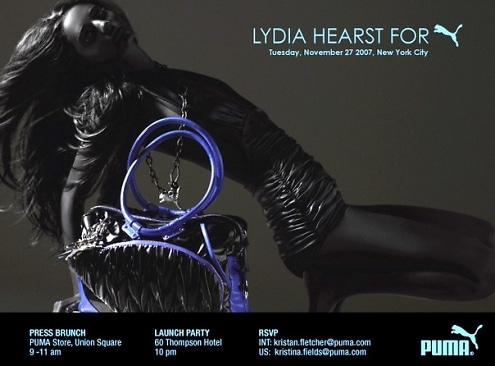 Ah New York, a town where you can go to a hotel and bump elbows with the gays, the backs, and even the tiny asians in one night (what else do you NEED as a sign of a good party???)  Lydia was graceful as ever with her bright blond do and golden dress...making sure to appease all her little social divas that wanted a piece.  Now for the actual reason for the party: the bags.  Surprisingly (or maybe not) we actually really like these bags, at least the lighter one.  Bags or no bags, we always love a good party.