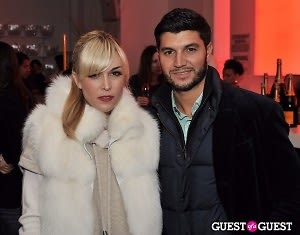 Tinsley Mortimer is back on the market. Page Six reports that the pretty blond socialite has split with boyfriend Brian Mazza. The pair had been dating since early April of last year when he first appeared on her reality show High Society.

The couple was spotted on vacation in West Palm Beach on March 12 looking happy as ever frolicking on the beach. They look like an ad campaign for trust funds and good looks. I buy it. 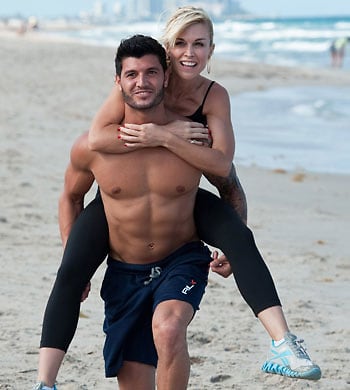 But appearances are always deceiving. Tins gave a vague answer to the Post on what caused the split, saying "He was a great friend and the relationship ran its course."

The former reality star will keep their dog. "We were going to share Bambi month to month, but he thought it would be too hard for him."

While Tinsley spent most of her Saturday nights at AXE Lounge in Southampton last year with Brian, a vice president at the club's parent company, Paige Management Group, don't expect to find her out east much this summer. Instead, the newly single gal is going to Europe.

Good for her! Interested bachelors take note: she is dating.  Better hurry.  Gorgeous, laid back, and unpretentious, we have a feeling she won't be alone for long.