We are unleashing the first in our series of "Where will they be? Play along.

With all the current talk about Nello's, we have decided to profile our favorite Nello's patron, the precocious, six and a half year old darling, Madisonne. 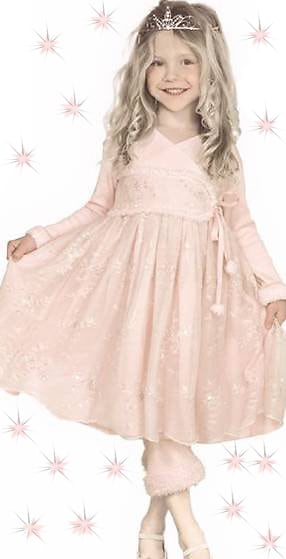 Madisonne is best described as a professional dress twirler and can be found parading around the upper east side’s Nello’s on Saturday afternoons in one of the hundreds of dresses she owns by Luna Luna Copenhagen. She is in fact, the favorite of Nello Balan's little cupcakes and is usually accompanied by her no-name sister who is 2 years her junior and whom Madisonne goes back and forth with being completely supportive of and utterly disgusted with.

Madisonne’s hobbies consist of heading the Brearley after school ballet program (which she helped start last fall), shopping, collecting ponies (real ones), curling her hair into ringlets “just like the fabulous Tinsley does”, and pouting. Madisonne has recently shown an interest in fashion to her mother’s delight. She can most frequently be found in the dressing room at Berkley Girl on Madison Avenue (though lately she is beginning to think that the store that tailors to 8-12 year olds is a little too immature for her tastes and thus has branched out to the Bergdorf children’s section, Bambini for teens and Olive & Bette’s downtown.). Her favorite “dress down” item is her Pucci inspired “Flowers by Zoe” skirt. If she can’t twirl in it, she won’t buy, end of discussion.

Madisonne’s dislikes include her younger sister (half of the time), bratz dolls (“so unlady-like”), people that spell her name “Madison” or “Madisen”, Claire’s stores, lame birthday parties that she feels obliged to attend to, and her co-parts from Spence that “dress in clothes from Ibiza and Calypso and think they are "free spirits”.

Where will Madisonne be in 15 years?