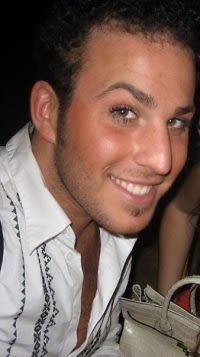 Wow check out those eyebrows! They are none other than those of Micah Jesse, the ubiquitous party promoter/PR assistant/social gay from Hofstra University who has recently been making headlines, namely for a feud between himself and his "competitor" Kristian Laliberte (apparently there is not enough room in the New York scene for two gay dudes in the PR arena). In any event, Micah has been throwing punches in addition to the Friday night party at Room Service in the city...and we can't say that we are going to check tonight, or next friday night, or the one after that...or ever! 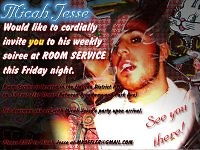 In any event (no pun intended), be on the lookout for Micah's evil eye at a party near you as he tries to expand his social tentacles and surpass Kristian Laliberte.