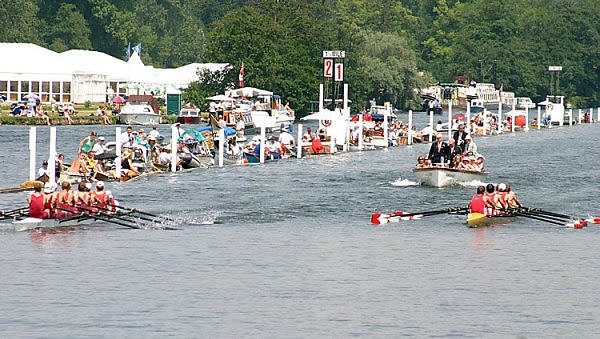 July 4th marks United States independence, but more importantly the beginning of one of the best parties in world, the Henley Royal Regatta in Henley on the Thames, England.  It is one of the three Royal events on the calendar (with Wimbeldon and Ascot), and medal presenters have included in the past the likes of Prince Albert of Monaco.  Anyone who has ever been to Henley can tell you what a great party it is, and the many pints of Pimms consumed on the river banks. 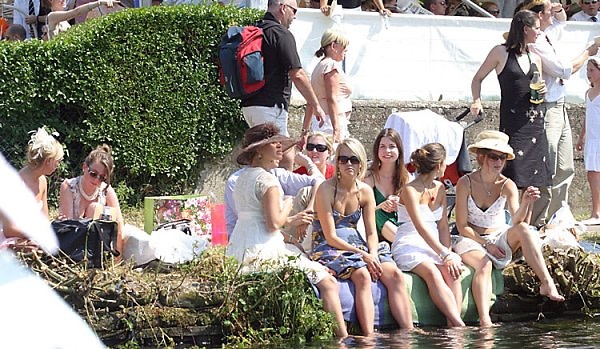 The main regatta enclosure enforces a strict dresscode that requires men to wear blazers and women cannot have a skirt that rises above the knee.  The enclosures are replete with sundresses, fanciful hats, and men squeezing into their schoolboy blazers that often have very unique color schemes and piping.  And if you don't believe us about the "above the knee" rule, regatta officials do in fact have a measuring stick that is often broken out to determine whether a person is in violation.

The rowing is also pretty cool...if you're in England in July ever definitely take the hour train ride from London to see this five day spectacle.