Earlier this summer we brought you a roundup of the Wives And Girlfriends of the World Cup, so it only seems fitting to do the same for the US Open. Here's what we learned: tennis players love dating other tennis players. Or swimsuit models. Or preferably someone who's both.- 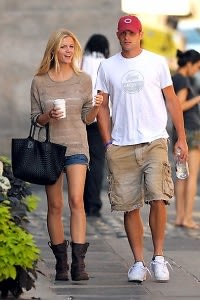 Decker is definitely the most well-known of the Tennis WAGS, given that she appeared on the cover of this year's Sports Illustrated Swimsuit Issue. Despite her name, she's actually from Ohio, but moved to New York in 2005 to model.

She's modeled for The Gap, Victoria's Secret, and Intimissimi, and also appeared in music videos.

Decker met Andy Roddick in 2007, when apparently he had his agent call her agent. They were married a year later. 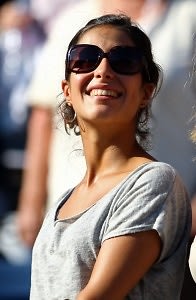 In his recent Proust Questionnaire for Vanity Fair,  Rafael Nadal names his girlfriend, Maria Francisca Perello, as one of the greatest loves of his life. The 22 year old, nicknamed "Xisca", met Nadal while they both were in school in Majorca, but had to keep their relationship a secret for a long time, according to Nadal's trainer.

"I guess a lot of girls will be upset to know the truth. My nephew always maintained he was single. It was a well-kept secret but actually his girlfriend is waiting for him in Majorca."

Xisca attended college in Palma, and according to sources, is a regular, down-to-earth girl....who just happens to get to go on Tropical vacations with the hottest tennis star in the world. 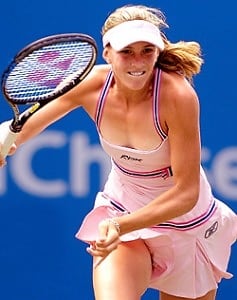 It's not quite fair to list Nicole Vaidisova as a WAG, because more than being the mere wife of Radek Stepanek, she's an amazing tennis player herself.

Stepanek is 11 years older than Vaidisova, but they're an incredibly cute couple. Their relationship came about in sort of a scandalous way--Stepanek broke off his engagement to tennis star Martina Hingis and began dating Vaidisova when she was only 18.

Interestingly, some people blame the beautiful Vaidisova for the decline of Stepanek's tennis performances, but it remains to be seen how well he'll perform in this year's open... 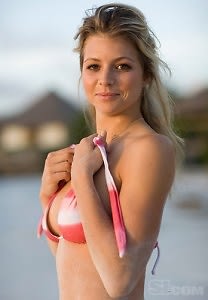 Another WAG who's actually a tennis star herself, Maria Kirilenko has been dating the adorable Igor Andreev. The two aren't just boyfriend and

girlfriend, they're doubles partners as well. Playing competitively with each other seems like it might put a strain on their relationship, but Andreev and Kirilenko seem to handle it just fine. According to Andreev:

"I'm happy when she feels well and she wins."

Krilenko, by the way, was also the face of Adidas by Stella McCartney in 2006, and has appeared in Sports Illustrated Swimsuit Issue (a must for Tennis WAGs?) 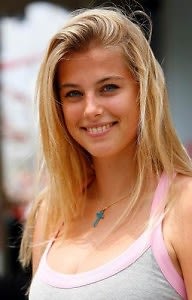 Neviere met Greek tennis player Marcos Baghdatis because, well, her Dad is his coach. (Not to keep making pop culture references here, but, it's just like Friday Night Lights!) 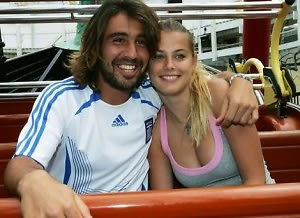 The relationship was first made public at the 2006 Australian open, when Neviere cheered for Baghdatis in the stands. She currently works at a model in Paris. (Of course she does.)