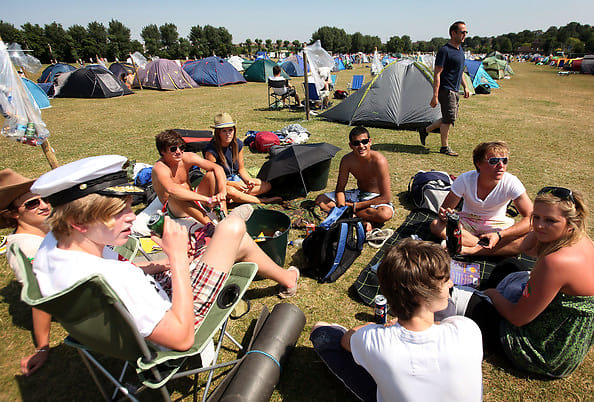 A group of youngsters relax while waiting in a tented queue for tickets for Andy Murray's quarter final match on June 30, 2009 in London, England. Andy Murray having won the men's singles match against Stanislas Wawrinka of Switzerland on Day Seven of the Wimbledon Lawn Tennis Championships at the All England Lawn Tennis and Croquet Club reaches the quarter-finals. Photos via Getty... 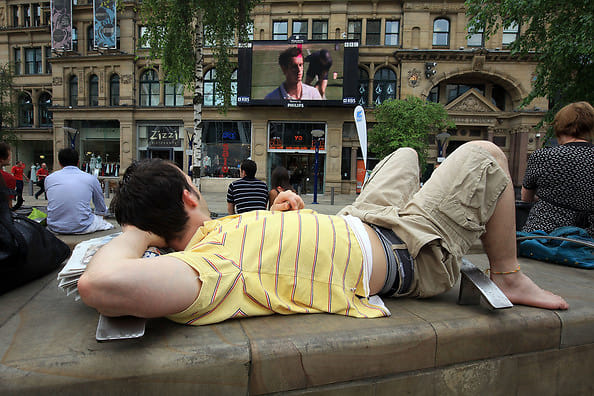 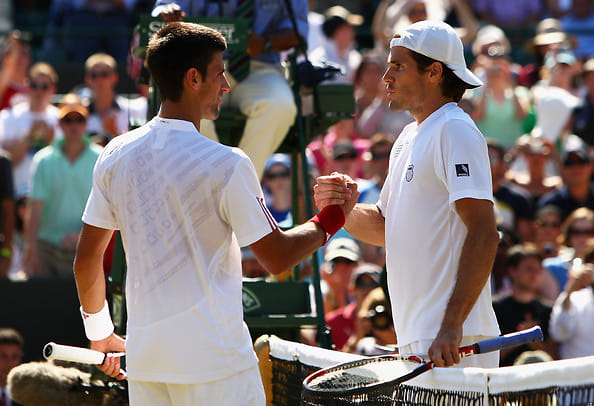 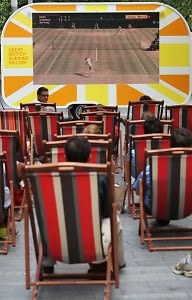 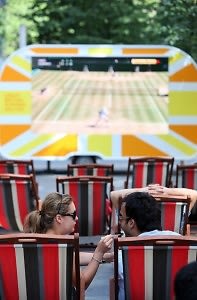 A couple watch the Wimbledon tennis on a specially erected TV screen mounted in a caravan on the South Bank on July 1, 2009 in London, England. Today Andy Murray of Great Britain will play Juan Carlos Ferrero of Spain on Day Nine of the Wimbledon Lawn Tennis Championships at the All England Lawn Tennis and Croquet Club. 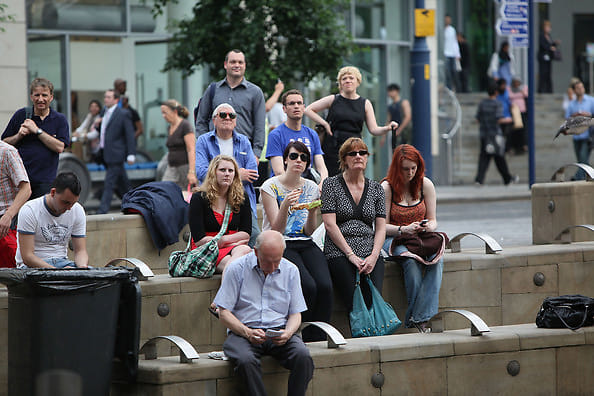 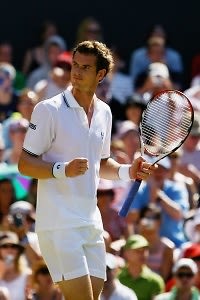 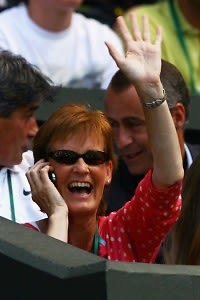 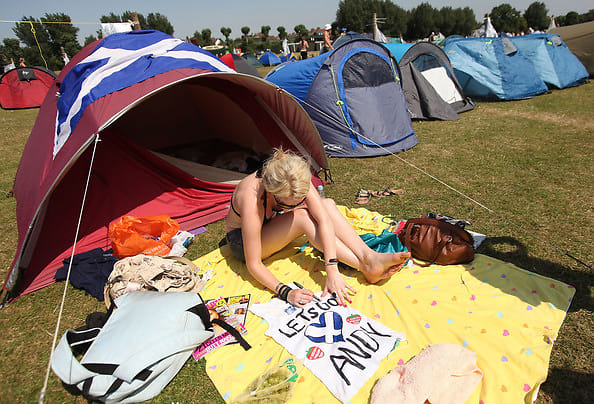