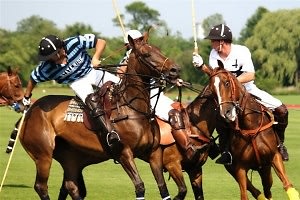 Sports play a big role in the New York social landscape. If you're going to sip Veuve at a Polo Match or watch the US Open, it helps to know the rules of the game. So, for your edification, (and ours!) we bring you our Quintessential Guide to Preppy Sports, starting with Polo...-

Though we are willing to bet that some of the attendees of the Veuve Clicquot Polo Classic weren't exactly there for the nail-biting match, we will go ahead and divulge what the game is about and why it's perfect for hot summer Saturdays away from the comforts of a frat-house keg. 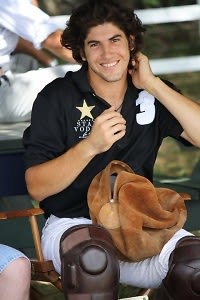 Polo is a team sport that was originally played in Persia back in the day. The game is traditionally played on horseback and its objective is to score goals against an opposing team using long handed mallets and small white balls. Each polo team is made up of four Ralph Lauren models riders who line up according to handicap. A handicap can range from -2 to 10, 10 being the best. The player identified as number 3 usually has the highest handicap and is the best player on a given team.

Like hockey, the game itself is divided into six seven-minute periods called chukkas. The polo ponies used during the game are commonly changed between these chukkas. 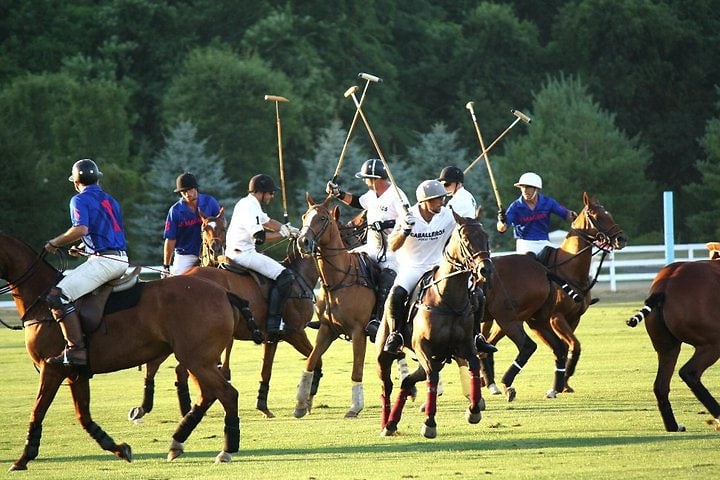 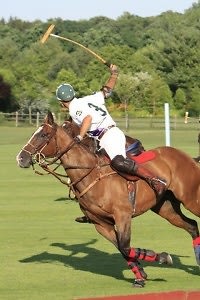 When polo players line up during a match, they make sure that the player with the highest handicap - number 3 - is set up to score with his right hand because, as you already know, polo MUST be played right handed. Whoever is number 1 has the most offense oriented position and covers number 4 on the opposing team; number 2 can score himself but is also responsible for covering the rival team's MVP (number 3). Last but not least, number 4 is the main defensive player. After every goal scored, players change direction due to wind and field conditions.

Polo at the sport's oldest club in the country, Meadowbrook Polo Club, typically looks like the picture below: 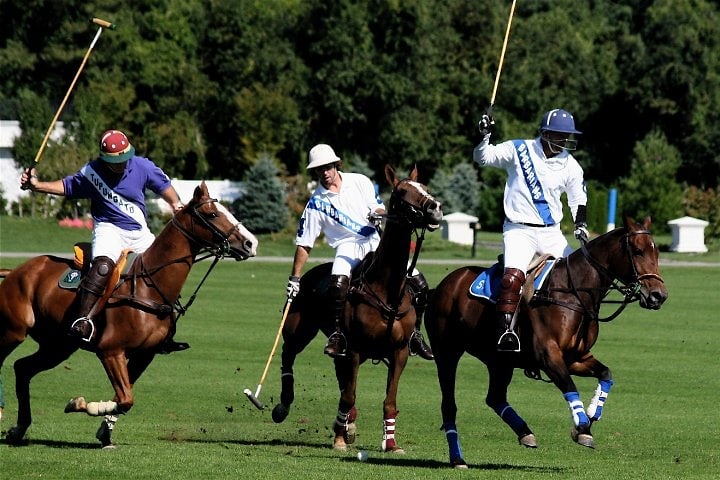 But the game does not have to played outdoors, and in some instances it doesn't even have to be played on horseback.  On an international level, many patrons of the sport prefer an elephant, camel, or yak to a horse.  And still others enjoy golf-cart polo, segway polo (blame Steve Wozniak), water polo, or our personal favorite: POLOCROSSE! Polocrosse is a prep school dream the hybrid of polo and lacrosse. 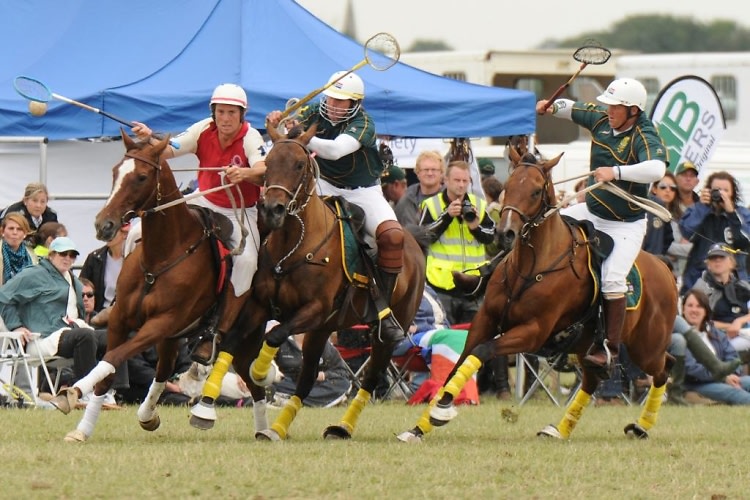 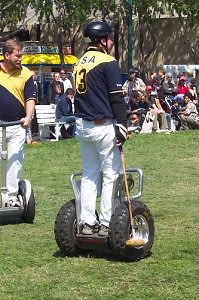 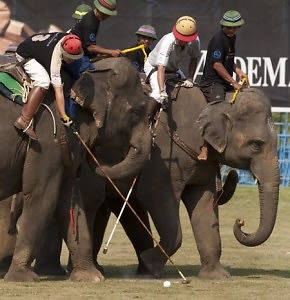 Polo Grounds In The United States

Polo grounds may be magnets for celebrities and mega-millionaires, but many of the games played are FREE to the general public. Here is a list of notable polo grounds in the United States. For a complete list of clubs near you, visit the United States Polo Association's site. 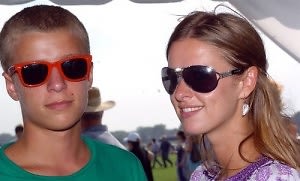 It is no secret that celebs flock to polo matches, especially exhibition matches like the one held on Governor's Island featuring beloved Prince Harry. The sport is such a marker of a luxury lifestyle that a lot of exhibition matches are sponsored by internationally reknowned fashion houses like Hermes, or luxury car manufacturers (Range Rover). Even the Gossip Girls cast is no stranger to the polo grounds: the show's second season opener was filmed at the Meadowbrook Polo club and featured some of the club's members! Other than Serena Vanderwoodsen Blake Lively and Leighton Meester, the likes of Nicky Hilton, Chace Crawford, Rich Thomas, Kristian Laliberte, Devorah Rose, etc. 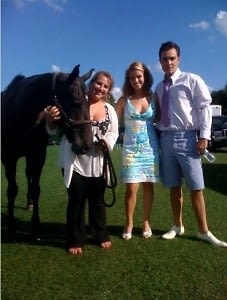 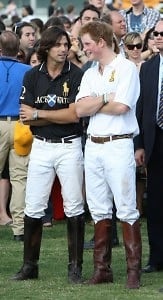 Perhaps the best part of watching a riveting game of polo at the nearest country club is not the royalty that usually attends these games, or the fact that celebrities like Marc Jacobs, Chloe Sevigny, and Adolfo Cambiaso (highest ranked polo player in the world) and polo is a match made in gossip heaven.  The FREE wine - often served by one of the most expensive brands in the world - at the white tents scattered around the polo fields tops it all! 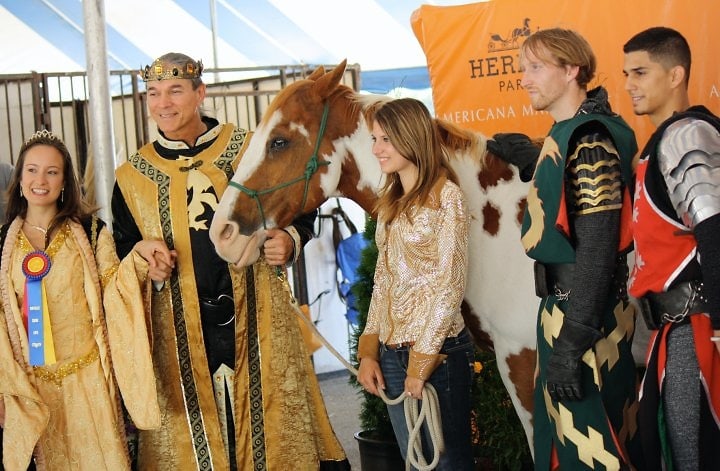 "Royalty" at a polo exhibition match. 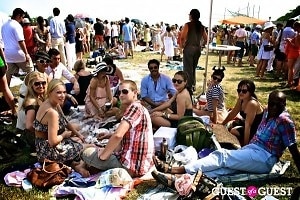 Though polo events are family friendly - there are always booths dedicated to teaching kids how to ride, tents full of carnival concession stands, and even areas for family picnics - there is always a spot by the games solely committed to wine "tasting."

So When's The Next Polo Match??

Do drunken shenanigans in a sea full of A-listers sound like a good way to spend a Saturday afternoon? Yes. From August 3rd to the 22nd, you can check out the 12-Goal League Tournament at Meadowbrook Polo CLub in Old Westbury, NY. If you really cannot wait to watch a free match, we suggest you head to the Bridgehampton Polo Club in Bridgehampton, NY on July 24th, which marks the first week of the club's polo matches.

[Photo 6 via EquestrianTeamgbr.co.uk] [Photo 7 via FunnyPhotos.net.au] [Photo 8 via BestWeekEver.tv] [Photo 9 via Hangin' in the Hamptons] [Photo 11 via TalkingMakeup.com] [All other photos via Miguelina Nunez and Meadowbrook Polo Club]