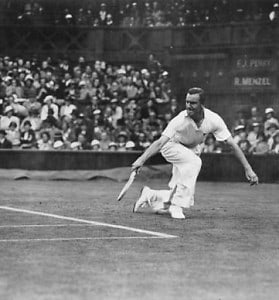 Sports play a big role in the New York social landscape. If you're going to sip Veuve at a Polo Match or watch the US Open, it helps to know the rules of the game. So, for your edification, (and ours!) we bring you our Quintessential Guide to Preppy Sports. Today's edition: Tennis!

Ah, tennis... yet another blue-blood sport that combines the best things in life: expensive clothes, pretty people, and an esoteric clipped language that's incomprehensible to non-insiders. Not to fear, for we here at Guest of a Guest are about to take you through a crash course in all things tennis . Get your pens and notebooks at the ready, boys and girls....

Section A:  A History 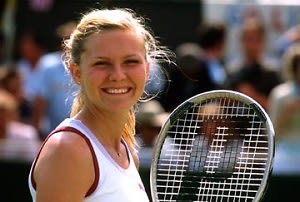 Previously a sport exclusively for wealthy country-clubbers, tennis has undergone a substantial evolution as of late. The names Roger Federer and the Williams sisters do not fall unheard of to most relatively perceptive ears. Tennis players are veritable celebrities now,  Some are even brands, with their own lines (Maria Sharapova for Cole Haan, Venus Williams' line for Adidas). But it all began in the UK in the 19th century, when racquets were wooden and courts were grass. Back then, it was a sport of the upper class and English-speaking, but it soon, tennis fever spread and infected the world. Now, there are a few major tournaments a year, the four most notable collectively known as the Grand Slam tournaments: The Australian Open, the French Open, Wimbledon, and the US Open. As long as you can wield a racquet and you're relatively mobile, you're in the game.

Let's not kid ourselves... the clothes are a large part of the appeal. Cute flouncy, pleated skirts, classic tennis whites, and matching everything... it's a prepster's greatest dream. Tennis clothing, once a rather staid uniform of stodgy white basics, has now thankfully undergone a fashion revolution. In large part to the racy Williams sisters, no dress is too short or too skimpy, and no colors are out of bounds (no pun intended). Stella McCartney for Adidas is a particular favorite of trendsetters, with its seamless fusion of style and sport. For those who prefer function over form, Adidas and Nike are just a few of the brands who get it right. No one should have to sacrifice sartorial taste for a sport, and given tennis style's virtual synonymity with classic preppy clothing (a la Lacoste , Fred Perry, and Ralph Lauren), this isn't necessary. 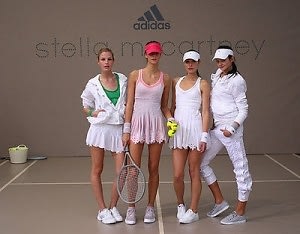 Accessories are few and far between, excluding the occasional unexciting wrist and headbands. But by all means, pull a Sharapova, and sport some seriously glitzy earrings, even if you don't happen to be sponsored by Tiffany & Co....

In terms of footwear, comfort takes precedence, so anything goes really. Well, not anything... 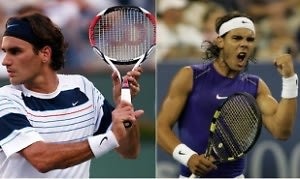 A racquet is an investment that should not go unconsidered. Back in the day, they used to use lame wooden rackets, but now there are some seriously cool looking ones by companies such as Babolat, Head, Wilson, and Penn. They can be fairly expensive, and for professional tennis players, also dispensable. Novices need not worry, for racquets tend to be durable, lasting for up to 10+ years. If you're all about the name brands and celebrity endorsements, Roger Federer and Serena Williams hit with a Wilson, current world #1 Nadal with a Babolat. 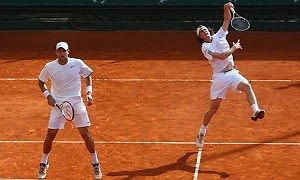 The player who serves first is known as the server, whereas the one receiving is the receiver (unsurprising). When the ball is in play and is passed between both opponents, this is called a rally. If the ball hits the net when it is served, it is a let, and the point is replayed. If the server's foot crosses the baseline, it is a footfault, and the player has a second and final serve. Other types of faults occur when the ball is wide of the service line, or in the doubles alley. If the second serve is also out, the point goes to the receiver. 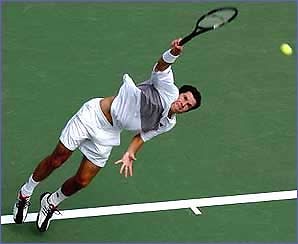 A tennis game is called a match, which consists of sets. This in turn, is composed of games, and within that, individual points. 6 games must be won to win a set. A game is won when a player wins at least four points. The scores from 0-4 points are called love, fifteen, thirty, forty, and  game (unofficial) respectively. However, if the opponents are tied at forty, this is called deuce, and an additional point, called advantage, must be played.

When a player has one more point left to win a game, this is called game point. This terminology extends to sets and matches (set point, match point). When the receiver and not the server has the chance to win the game, it's called break point.

Tennis doesn't discriminate, it can be played by lefties and righties alike. For righties, the forehand is a right-handed stroke, whereas the backhand is on left side of the body.

A diagram, for your viewing pleasure:

1. Serving: Players stand on either end of the court, and the server serves diagonally cross court. The ball must go in the service box, and not in the doubles alley. For each point, the server must change sides, moving from the left side of the hash mark, to the right side.

2. Receiving: Receivers can stand anywhere past the service line on the diagonal side of the court.

4. Sets/Games: A match is played by either the best of three or five sets. A player must win 6 games to ultimately get the set. In between sets, players switch sides.

The cognoscenti of tennis is a long and at times, somewhat incestuous database. Some major names and faces include...

Andre Agassi: Another previous #1 during the late 90's, who was famous for his daring hairstyles (remember that mohawk mullet?) and his love life. His conquests included Barbra Streisand and Brooke Shields, and his wife, tennis player Steffi Graf. He's now back in the news due to his literary confession of using crystal meth.

Roger Federer/Raphal Nadal: The latter's the current world #1, the former's dynasty has finally fallen. Nadal's a spanish heartthrob who was in a racy video with Shakira, and Federer makes women, men, and all those in between swoon. Too bad he's taken and has two adorable twins.

Anna Kournikova: One of the first real tennis celebrities, and an all-around hottie. Currently plagued by injuries, she's mostly retired, and resides in sunny Miami with main squeeze Enrique Iglesias.

The Williams Sisters (Venus and Serena): A dynamic duo who between them, have dominated the world of tennis for the past five years. Serena, who's younger by a year, is the current world #1, and is widely known for her infamous temper and for dating rapper Common. Venus' claim to fame is her possession of three Olympic golds, more than any other female tennis player. She dates a pro golfer named Hank Kuehne. The sisters have a friendly rivalry, and as a doubles team, are virtually unstoppable.

Have it be known that not only is tennis is a sport full of hotties and cute clothes, it's also uber-trendy! Celebrities are a constant presence in the box seats of major tournaments, and models are often seen dangling off the arms of even the lowliest players. 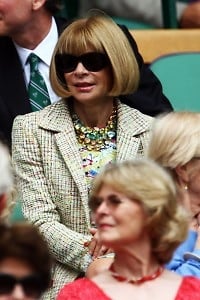 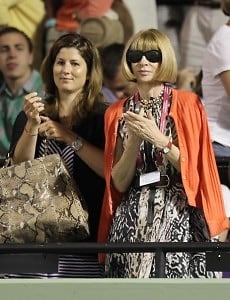 Will Ferrell plays tennis too... 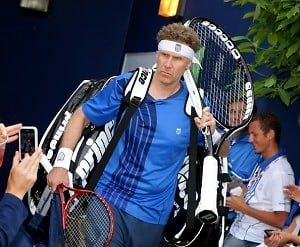 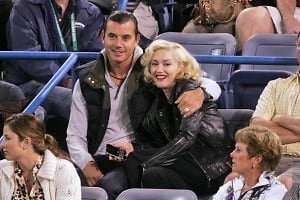 Well now, you're all up to speed. Study hard, and we'll see you on the court.