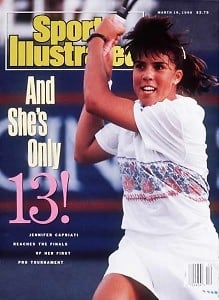 It could be the formal pomp of Wimbledon or the sport's country club connotations, but tennis is a sport whose participants aren't expected to behave badly. Of course, they often do. And not just during on court tantrums. With the U.S. Open in town, let's take a look at the partying ways of some of tennis' biggest names.

Earlier this week tennis great and commentator John McEnroe noted that you don't see today's players pop up in Page Six at the rate they used to when in town for New York's grand slam. That's bad news for gossip mavens, club owners and fans who expect their athletes to entertain them in and outside the arena.

But given the recent history of tennis screw ups (and you can bet the more colorful personalities from zanier periods in tennis history were considerably worse), behaving like a boring spinster while in NYC might not be a bad idea:

Throughout 1997: Andre Agassi uses crystal meth while on tour and fails a drug test. Agassi does not reveal his struggle with the drug until 2009, in his memoir Open.

September 2000: Marat Safin's post-victory press conference at the US Open is interrupted by people rolling a liquor cart over to the champion mid-interview.

September 2002: Capriati makes a splash in the local tabloids after performing an impromptu striptease, with a cigarette in hand, at now-defunct East Village bar Serafina. Thankfully, she'd already lost at the tournament.

November 2007: Martina Hingis retires from the sport after learning officials were investigating her for two failed drug tests at Wimbledon. Cocaine showed up in a pair of urine tests, but not in a hair sample. Hingis claims 100% innocence. 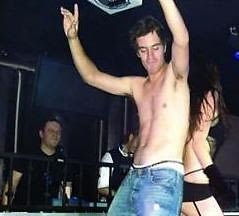 May 2009: French pro Richard Gasquet, left, is suspended from the tour after testing positive for cocaine. He claims to have been unknowingly exposed to the narcotic during a kiss at a Miami nightclub. ESPN's Bonnie Ford offers an interesting defense, saying "Gasquet's alleged offense seems relatively mundane, a throwback to the old days when athletes abused Scotch and cigarettes rather than steroids and EPO."