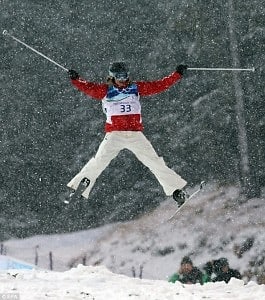 Even more than Fashion Week, the Winter Olympics bring together fans of all nationalities for three common goals: winning gold medals, securing million-dollar endorsements, and taking vicarious trips to the Canadian mountains. Stuck in the city? Celebrate your favorite nation's curling and ice dancing victories at one of these watering holes!- 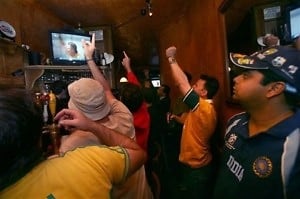 Australia: Eight Mile Creek kicked off the past decade's influx of Oz-focused restaurants and bars, and you'll still find Aussies swilling beers from Down Under and nibbling Vegemite sandwiches while cricket plays on the TV in the basement bar. This week expect NBC's Olympic coverage to dominate conversation, as Aussies love their athletes, including men's freestyle silver medalist Dale Begg-Smith. [Photo via DayLife.]

Canada: More Canadians watched the Opening Ceremonies than actually live in Canada - an amazing statistic that illustrates how passionate this year's host country is about their athletes. For Canucks who can't make it back home for the festivities, head to St. Mark's Ale House, where Labatt Blue is always on tap, and the scene lively, relaxed, and rustic, just like our neighbor to the north.

France: Les Francais took the men's gold in Sunday's biathlon, and they show potential to collect more medals throughout the week. Raise a glass of biere to your fellow Galls at Bar Breton, where flat-screen TVs (a rarity in French bars) will keep the focus on all the action in Vancouver. 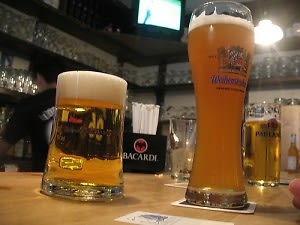 Germany: Loreley in the Lower East Side boasts a well-curated selection of draught beer and some of the best Deutsche food this side of Baden Baden, but it's the communal tables and convivial vibe that will have you, friends, and strangers alike cheering for your favorite Krauts like you're at a high school football game. [Photo via Flickr.]

Korea: Okay, it doesn't have TVs, so you can't exactly watch the Olympics here, but Pocha 32 is an extremely popular Korean pub that gets very lively after the dinner crowd thins out. With a extensive list of sochu on tap (that's the famous Korean liquor) and served in hollowed-out watermelon halves, it's a perfect, no-frills spot to celebrate your favorite Olympians' wins after catching them on TV at home. 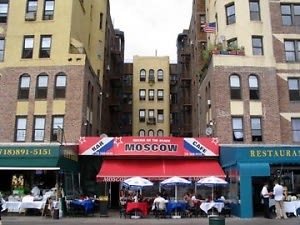 Russian Federation: Gina's Cafe in Brighton Beach is a favorite among locals in the famed Russian enclave. A single TV suspended above the dining room will cause you to compete for air time, but we guess that if the Russians are competing on the ice and snow, you'll get to watch. Celebrate big wins with a round from their extensive vodka list. [Photo of Brighton Beach via Bridge and Tunnel Club.]

Sweden: In Scandinavia, where winter lasts approximately ten months a year, their skiers, snowboarders, and other cold-weather athletes are treated like rock stars. Show your own Nordic pride at White Slab Palace, where the aquavit flows like, well, aqua, and where the only thing hotter than the biathlon contestants are the Swedish meatballs.

Switzerland: No one knows winter sports better than those who hail from the Alpine mountains, so it comes as no surprise that the Swiss love themselves some Olympics. Head to Mont Blanc in Hell's Kitchen for schnitzel and curling competitions on TVs located over the well-populated bar. 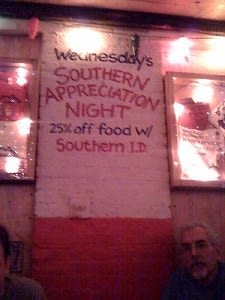 United States: Anywhere you go in NYC, you're bound to run into some diehard patriots chanting "U-S-A!" and waving the colors that don't run, but if you really want to bask in your American-ness, head to Brother Jimmy's in Hell's Kitchen, Murray Hill, and Midtown West, where the food is distinctly Southern fried and all those flat-screens keep good American sports on an endless loop. Just pray that your favorite event doesn't compete for screen time with a college basketball game; otherwise you're S.O.L. [Photo via Flickr.]