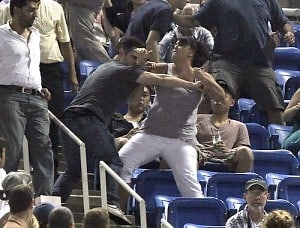 The U.S. Open was always rowdy and never Wimbledon. Instead of the hushed, manicured grounds of the All England Club, NYC tennis fans got an asphalt complex  adjacent to Flushing train yards, with planes practically landing on the court as they neared LaGuardia. But this year, "fans" are driving us to distraction.

The trouble started early in the first week of the tournament, when a fistfight broke out in the nosebleeds.Naturally, nearby spectators looked away from the court to record the skirmish and put it on YouTube. The clip went viral, and seems to have infected the atmosphere of the event.

In two trips to the Open this year, I twice sat by groups of people who did not stop yammering for the duration of the matches they were ostensibly there to watch. Last Friday, one woman apparently mistook herself for a CBS Sports employee in making line calls and score predictions. For just about every single point in play. Then there was the usher who, stand up career presumably stalled, regaled everyone within earshot with Borscht Belt one-liners. "I make 'em laugh," she screeched. "That's my job." No, lady, you're job is to get asses in the right seats and, if need be, tell boorish spectators to shut up. 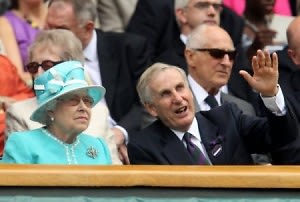 Last night, a crew of middle aged administrative types yakked from beginning to end of the night session. And not even about the match, but rather their idiot boss, tedious workloads and infant son's sleeping habits. Aren't these the sorts of conversations people go to sporting events and other entertaining diversions to forget?

Then, another fight broke out about 10 rows behind me. Apparently some chowderhead (as commentator Mary Carillo is fond of calling braying idiots in the stands) mocked some guy as he passed by on his way to get beer. "You got bitched!" he screamed out, midpoint. The guy punched him in the face. The chowderhead and his friend were ejected, one after sitting in stunned silence for a minute or two as blood trickled down his face from a busted nose. And this nosebleed occurred in the loge!

Of course, not all fans misbehave and ruin everyone's good time. Like the players who a good portion of this year's Open are happy to ignore, a fan's experience in part depends on the luck of the draw and who your neighbors in the stands are. And intense matches beget intense crowds. (There's nothing wrong with cheering loudly or, if you can pull it off, comically. At least it demonstrates you actually know the players on the court and are vaguely aware of the match's score.) When people watch a rout (as they more or less did in a pair of straight set wins by Caroline Wozniacki and Roger Federer last night), they flout basic, common sense decorum. 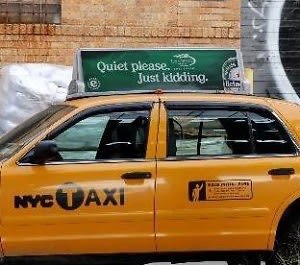 But it seems like something has changed at the Open this year. Maybe it's the proliferation of corporate tickets given gratis to employees or clients, a practice long criticized at the U.S. Open. I assume if you're going to pay $250+ for a seat at a tennis match, you can at least feign interest in and familiarity with the sport. Maybe people are drunk (on Heineken©) thanks to outrageous food lines. Maybe Arthur Ashe stadium is too big and too able to accommodate the clueless and the tourists who see the Open as a social event and not one of the world' premiere athletic showcases. Maybe it's Heineken©, one of the tournaments many corporate sponsors, whose recent Open-themed ad campaign included the line "Quiet Please. Just Kidding."

At one point last night, the garrulous woman behind me , while watching Federer, arguably the greatest tennis player of all time, asked her co-workers, "So, you think it was worth coming here?" If you have to ask, probably not. Next year, stay home and save real fans from asking themselves the same question after you've soiled their trip to the Open.