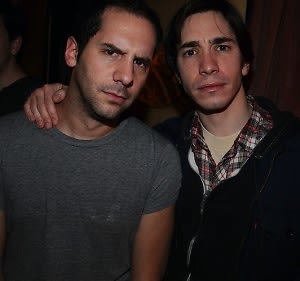 Tuesday night The Slipper Room was venue to a stand-up show hosted by Justin Long and Late Night With Jimmy Fallon's Seth Herzog. With special guests Jeff Ross, Leo Allen, Craig Baldo and Rudi Macaggi, the group slayed the stage in the name of the holidays.

You might remember Seth Herzog's SWEET show at The Slipper Room from the write ups when John Mayer crashed the set. This week the show was back in full force, with a "special guest", who to the excitement of the crowd ended up being actor Justin Long.

Seth and Justin are good friends and it played well on the stage. During Seth's set he explained a game that they used to, and still, play together called "Poovies". The concept is to think of movie titles that are completely transformed when think of them as taking place in the lavatory. The audience was asked to participate and some contributions from Justin, Seth, Jeff and the gang included (please skip if easily grossed out): "There Will Be Blood", "You've Got Mail", "Something's Got To Give", "Operation Dumbo Drop" to name a few. 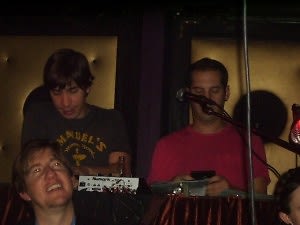 During the show Long admitted to the group that he does not Twitter but has some bones to pick with whoever created a fake account under his name.

"I don't mind somebody pretending to be me but at least write something cool. This guy was like "just bought my tix to see My Chemical Romance!" and "can't wait to see Twilight for the third time." I mean I've seen Twilight three times but I don't want anyone to know about it."

If you would like to be in the loop on Seth's future shows email sethzog@aol.com, as you never who could show up! 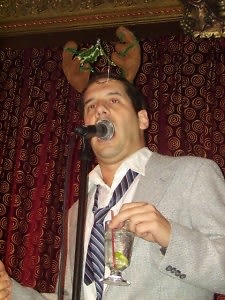 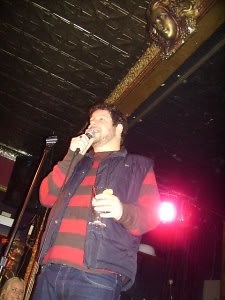 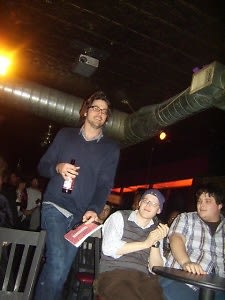 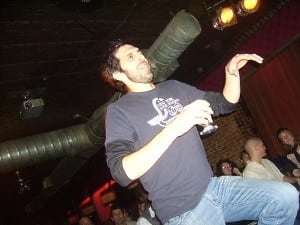 [All Photos By Eric Sanders]