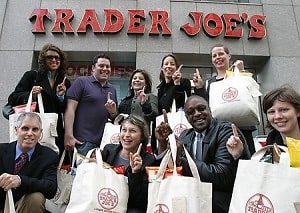 With the this week's opening of it's Chelsea outpost, Trader Joe's is proving to be stiff competition for health food behemoth Whole Foods. Now up to 14 stores (to Whole Foods' 12) and with another location to open tentatively at W. 72nd Street this August/September, Trader Joe's is taking the city by storm. -

Although the stores share the similar focus of natural, organic, and more health-centric food, the fiercely loyal customers tend to be from two diametrically opposed camps. After much thought and debate, we decided to put it to the test, and clarify the differences, once and for all. Trader Joes vs. Whole Foods, a battle to mark all battles...

Whole Foods: To say that Whole Foods is pricey is perhaps the understatement of the century. There's a reason why it's also wittily known as "Whole Paycheck". Lolz. Whole Foods has its more reasonably priced 365 line, which carries everything from children's gummy vitamins (which we haven't secretly been taking for years...) to  frozen pizzas.

Trader Joe's: Trader Joe's also carries a plethora of its own items, from a cheaper and equally delicious version of Nutrigrain bars, to a Cheerio's replica that sells for half the price at a wallet-thickening, heart-warming $1.99. It also carries a variety of cheap, legendary vino which is fondly known as two-buck-chuck (hello houseparty!).

WINNER: Trader Joe's, by a landslide. Everytime we go, we're amazed at how cheap the total is. And it's virtually impossible to top a $1.99 bottle of merlot... 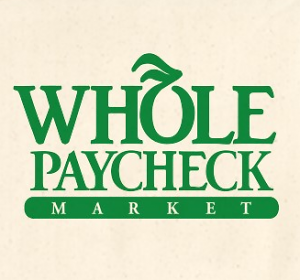 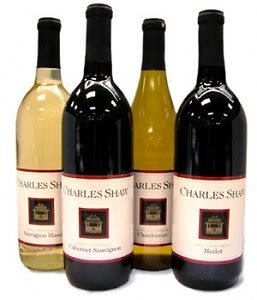 It all comes down to hippies vs. yuppies...

Whole Foods: Whole Foods tends to draw a more upscale crowd of really really good looking people who eat expensive food. Looking presentable is a must, as checking other people out is the name of the game. The massive, and hyper-crowded Union Square location is a favorite of Gossip Girl stars (Chair! Serenate!).

Winner: We are firm believers that grocery shopping should not require a full face of makeup and Louboutins, a la Posh Spice. Another point for you, Glen Coco TJ's. 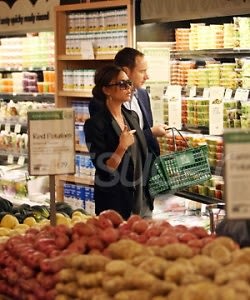 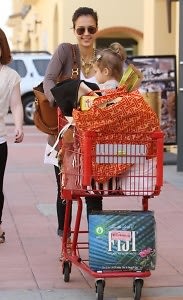 Whole Foods: 4 words. Free food for millionaires. You could eat a lunch off of the freebies at Whole Foods, with its small stands dotting its many, many aisles. Cheese enthusiasts can always count on some pungent cheddar samples.

Trader Joe's: TJ's always has free juice, and then miscellaneous small tasters like chips, pie, and bite-size pieces of deliciousness like chicken quesadilla, and herbed yogurt dip. Samples are usually distributed while waiting in line, but given the masses in more crowded stores like the Gramercy Park TJ's, samples aren't always a given.

Winner: Whole Foods, based on sheer number and diversity of samples. 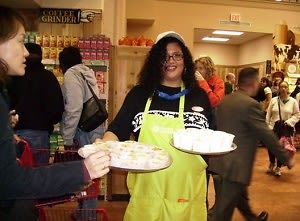 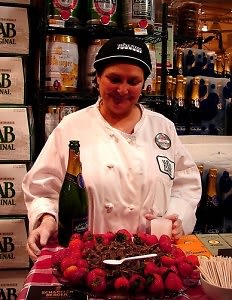 Whole Foods: Whole Foods stores tend to be cavernously large, and this means that often the staff seem somewhat dazed and confused, so finding just-that-right brand of soy cream cheese can take forever and a half.

Trader Joe's: Let it be known that the staff of Trader Joe's take Hawaiian shirts to a whole, new level. Anyone who can sport one of these and look relatively normal (stress on the relatively) deserves major points. They're friendly and fairly efficient.

Winner: Trader Joe's. If anything, the staff's uniform makes us laugh. 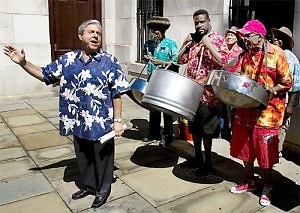 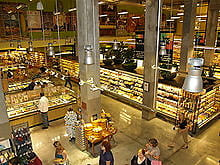 Whole Foods: Whole Foods has been criticized in recent years for not being local or organic enough. Author of The Omnivore's Dilemma Michael Pollan has publicized the fact that Whole Foods uses "industrial organics." Whatever that means.

Trader Joe's: TJ's is similar in this respect, but has been consciously increasing the number of organic ingredients in its products. But let it be known that healthy does not equal unfattening. The mountains and mountains of "organic, healthy" sweets at Trader Joe's have not done wonders for our waistlines... We can't say no to Joe-Joe's at $1.99 a pop! 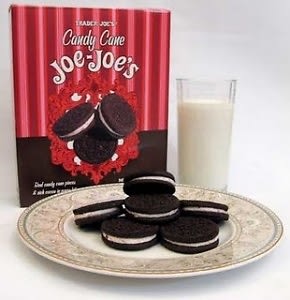 Whole Foods: The interior of Whole Foods is always large, with some stores even having multi-levels, giving it somewhat of a retail feel. The Union Square location feels like a suburbian maze-like mall. Scouring the store successfully for items on your grocery list is a remarkable feat. Add in hordes and hordes of people, and this makes for a somewhat oppressive shopping trip. To bypass the crowds, head to the quieter East Village location. The store's layout isn't as confusing either!

Trader Joe's: Less sleek, and a  bit more homey, with its kitschy signs, wood paneling and nautical theme. A frequent complaint is that the aisles are too narrow (ie, Union Square TJ's), but the Chelsea store nips this in the bud. It's been reported that the aisles are delightfully spacious. 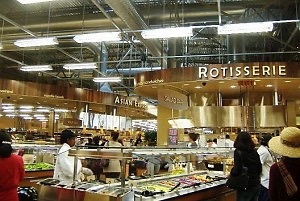 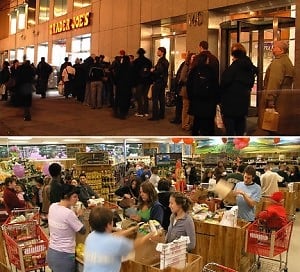 So, Whole Foods or Trader Joes? It's a tough choice, but someone's gotta make it...

According to our infallible scoring system, Trader Joe's emerges as the frontrunner, with 4 points to 1. Sorry Whole Foods, but TJ's has chocolate covered peanut butter pretzels that beckon with a siren song...