NYMag.com has joined forces with HowAboutWe.com, a dating site that eschews the standard "I like travel, food, air," profiles for actual date ideas, to create a new channel that will allow users to come up with more exiting options to suggest. They've got the Top 10 Restaurants and Bars in NY to spark a romance and other helpful data.

Park Avenue Tavern, City Bakery, and iced hot chocolate purveyors Serendipity 3 all unsurprisingly made the list of great places to go on a first date, as well as Brooklyn options Four & Twenty Blackbirds and Brooklyn Brewery. And for those who don't think of beer as the nectar of love, think again. Topping the list is the The Standard Biergarten, with its communal tables, pretzels,  ping pong, and pint glasses. 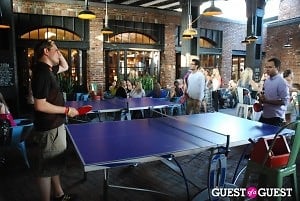 As far as most popular neighborhood, Hell's Kitchen is in the lead according to data pulled from over 100,000 dates posted on their site.  In the East Village, Max Brenner's is a suggestion that pops up a lot, Carnegie Hall is hot in Midtown, and it's no surprise that the Highline is the place to be in Chelsea. 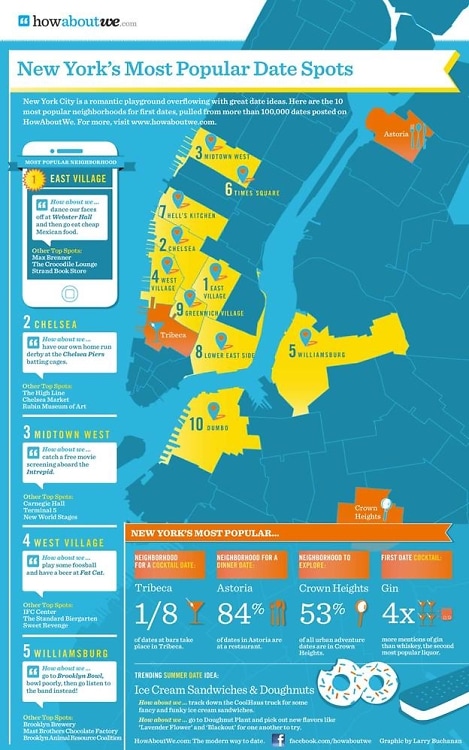 For those who are searching for something less skeezy than Nerve, far less typical than Match, less religious than JDate, and less overrun than OKCupid, head to nymag.howaboutwe.com.  If you can't think of any original ideas, just go with the trend and offer up ice cream sandwiches and doughnuts. You can't go wrong with that!

[HowAboutWe.Com, A Dating Site We Might All Actually Use]