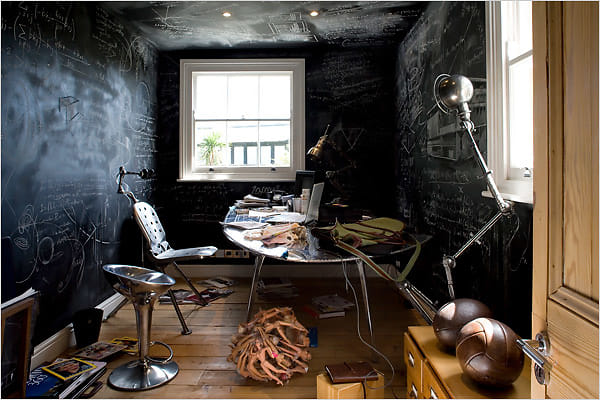 Director Roland Emmerich was featured in the NY Times Home & Garden section this weekend in a piece titled "Far From Conservative".  He told his designer (John Teall of Flux Interiors) to make it so that "when the neighbors peek in, they might want to call the police or something."

Best known for flims like "10,000 BC" and "Independence Day" he wanted his house "as nonfrumpy as possible" and has built an office (above) that I am salivating over.

"The walls and ceiling in an office are covered with chalkboard paint. The desk is made from a wing of a World War II plane; the chair once belonged to a military dentist." 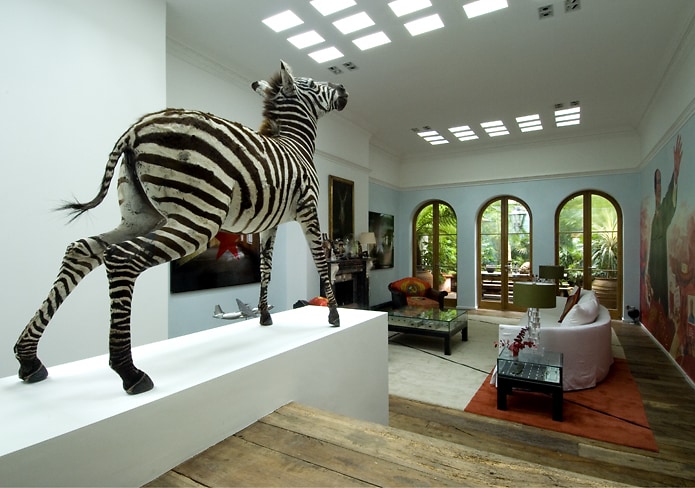 "A taxidermy zebra faces the living room, which reflects his predilection for art with a political edge." 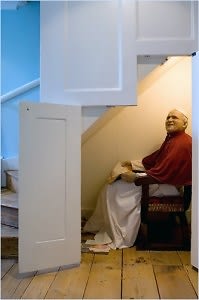 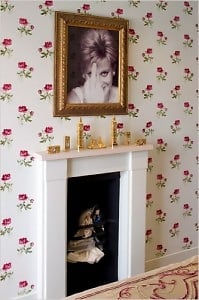 Mr. Teall had originally planned to put a life-size waxwork statue of Mr. Emmerich under the stairs. After discussing news coverage of Pope John Paul II's death with Mr. Emmerich, though, he decided it would be much funnier to depict the pope reading his own obituaries.

The English bedroom has Charles and Diana dolls in the fireplace. 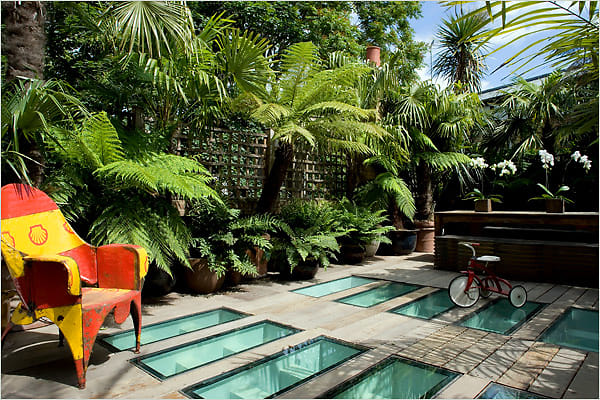 A chair on the terrace was made of Shell oil cans by children in Ghana. Benches are laser-cut with the words "insurgents" and "infidels." Skylights to the living room form the floor.