The 2012 Olympics are going to be held in London, and to prepare for the influx of foreigners, VisitBritain has released a helpful guide, meant to "warm up the nation's welcome." It's sort of like something we would jokingly write for GofG, except, uhm, real.-

Apparently, our friends The Brits are described as "funny" and "efficient", but don't offer exuberant welcomes to tourists.  The fix? According to VisitBritain, it's all in how you pour wine for an Argentinian.

Here is their official list. The rules are theirs, the italicized comments are ours.

A smiling Japanese person is not necessarily happy!

Be careful how you pour wine for an Argentinian (the process involves a lot of social taboos, and unless you understand them, you could insult them.)

Avoid winking at someone from Hong Kong.

Remember, Arabs are not used to being told what to do.

Do not be alarmed if South Africans announce they were held up by robots.

When meeting Mexicans it is best not to discuss poverty, illegal aliens, earthquakes, or their 1845-6 war with America. (Because the Mexican-American war is everyone's favorite ice breaker...)

Never call a Canadian an American.

Avoid saying "thank you" to a Chinese compliment. (A simple "har-umph" will do.)

Don't snap your fingers if you are with a Belgian. (No matter how good the music is!) 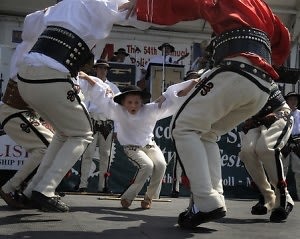 Never imply Poles drink excessively. (Shouldn't this rule apply to anyone from anywhere?)

Hey, wait a minute Britain, you forgot about us! How are you going to make sure you don't offend any Americans while we visit your country? "When dining with an American, do not under any circumstances bring up the Battles of Lexington and Concord"?