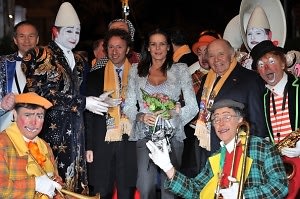 Last Saturday was the 34th Monte Carlo International Circus Festival in Monaco, and it was as heavy on the royalty as it was on the clowns and acrobatics... Princess Stephanie displayed more of her love of the circus...(remember when she had an affair with a gentleman named Mr. Franco Knie, a sixth generation circus elephant trainer, and ran away with him for two months?). We just hope all the elephants were accounted for!

Founded back in 1974 by H.S.H (that's "His Serene Highness" to you) Prince Rainier, the goal of the festival was to display the world's greatest and most talented Big Top entertainers. Held every year in the middle of January, the festival incorporates masterful acrobatics, clown routines, and of course, animal acts.

Princess Stephanie of Monaco, ever the circus expert, took some time to chat with the performers and give a few of them a piece of her mind. 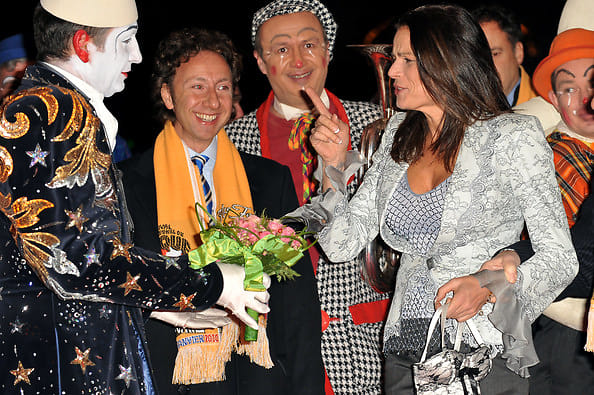 The Princess also brought along her daughter, Camille Gottlieb, who might as well be the luckiest girl on the planet because she probably had an all-access pass to, you know, the circus! 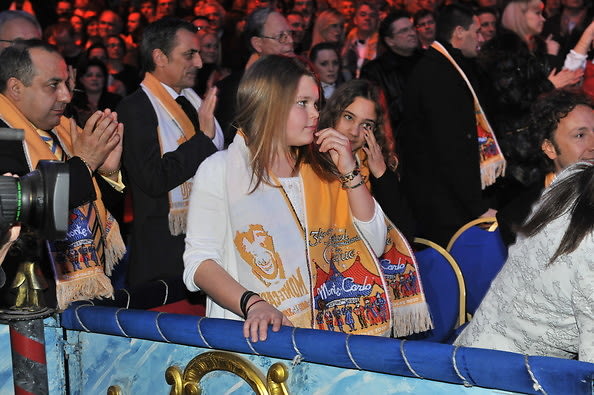 Monte Carlo's other royal lady, Charlotte Casiraghi (daughter of Caroline, Princess of Hanover and Hereditary Princess of Monaco), must have had somewhere else to be as she never entered into the mystical Big Top to check out the acts.