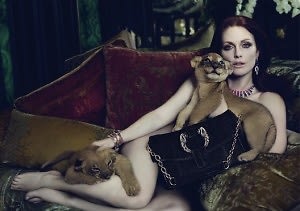 A huge ad for Bulgari, which features Julianne Moore lying nude on a divan with some strategically placed lion cubs has just been banned from St. Mark's Square in Venice, because, according to the mayor, "...a nude woman on a divan is not appropriate for St.Mark's Square." -

Interesting, as Venice seems pretty ok with the nude reclined women painted by Giorgione and Titian, two of the city's greatest artists. 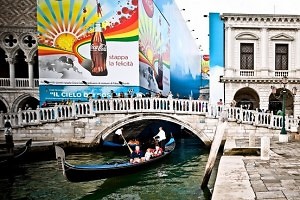 What exactly then is the objection with the billboard? Is it the fact that the Bulgari ad is an advertisement and not "art" in the traditional sense? Is it the fact that Moore, while more covered up than her two dimensional predecessors, is a flesh and blood woman acting so immodestly?

Or is it the fact that the city, already embroiled in conflict over the huge billboards (often for American companies) that cover the ancient palaces and bridges, is succumbing to pressure to take down gauche ads? In our opinion, the Bulgari ad is in fact much more tasteful than the garish Coca-Cola ads currently covering the Bridge of Straw, and much more in keeping with Venice's history of courtesans and luxe settings. Think of the Moore ad as a tribute to Veronica Franco.

To state that distracting, contemporary advertisements, in general, are not appropriate for as historical and beautiful a place as St.Mark's square is fine. But to object to the ad purely because of the nude woman?

Hard to believe, but it looks like Italy's actually gotten more prude since 1530. 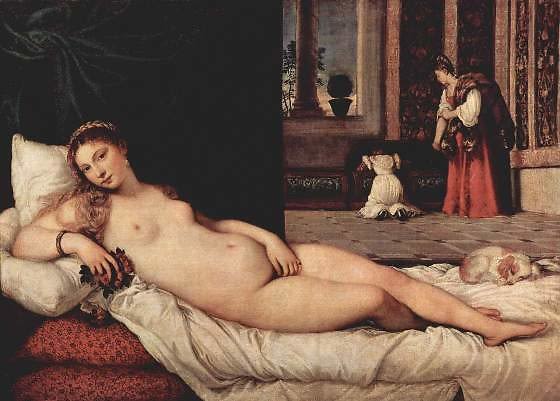 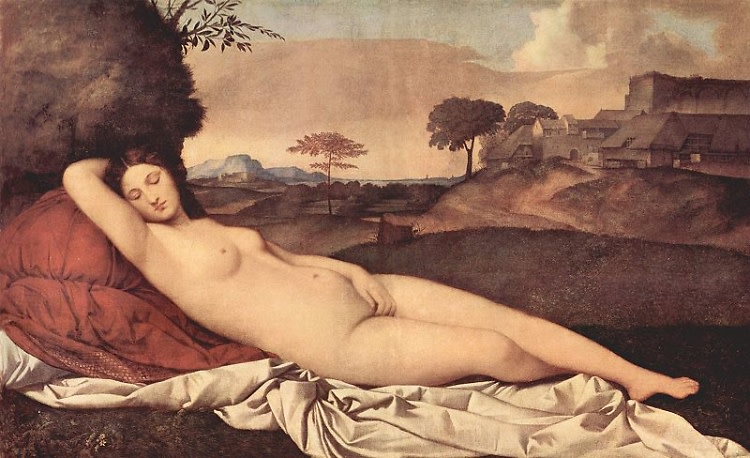