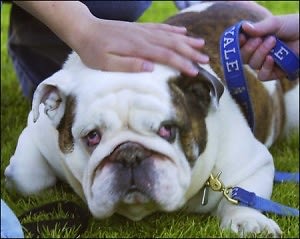 Because of flooding in the Northeast, Amtrak trains heading from DC, Philadelphia, and New York to Boston are all being rereouted to...NEW HAVEN. Don't worry, travelers, New Haven has many places to flash your ankle and meet Ivy Leaguers for a good time.-

Let's get one thing straight: We love ourselves some New Haven. If New York is the pulsing heart of the Northeast's beautiful body, New Haven is the liver growth that you try to have treated only to realize that you have a more serious medical problem (Poughkeepsie). You may think that analogy sucks, but it would kill in New Haven.  Still, despite its charms, New Haven can be . . . grim for the uninitiated. So follow our handy guide, and don't walk on that block between the Popeye's Chicken and the Holiday Inn at 9 pm on Wednesdays, because we seriously know a couple people who got mugged there and then. 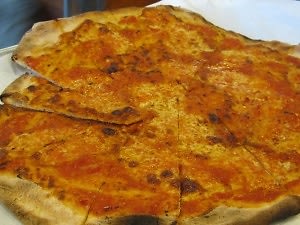 (Pizza gets its own category because New Haven is, no joke, one of the best pizza cities in New England.)

Pepe's - The staff will slash you with their pizza rotary cutters if you ask too many questions. We're not even exaggerating. Lines can be long; if you're short on time, we suggest heading out early and having the clam pie for breakfast. If Pepe's is too crowded, you can always go rogue and cross the street to Sally's.

Bar. This cavernous bar (ohhh, hence the name) serves amaaaaazing mashed potato pizza. It's also a good nightspot, although the pool tables do attract large men who want you to move out of the way of their cues all the g-d time. 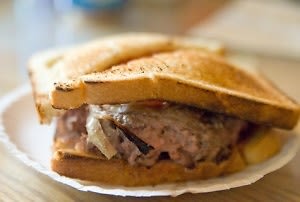 A Louis' Lunch burger. No buns allowed. So technically it's a sandwich, shut up Louis'.

Louis' Lunch - The food is middling, but Louis' is purportedly the home of the first hamburger. They sneer at ketchup.

The Burrito Cart - It's a cart that sells burritos.

Thain Family Cafe - Part of Yale's underground Bass library complex, the tiny Thain sells the best kettle corn in the area, along with organic salads and other dishes from the Sustainable Food Project . . . though there was briefly a scandal over whether the staff was substituting decaf espresso for regular.  Bonus: you can watch the young'uns hitting the books, and you can hear stoners with large vocabularies expound on Kant, then titter every time they say the word "Kant." 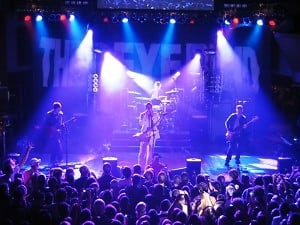 Yale Gym - Talk your way in. Many Yale athletes make up for their often less-than-stellar win records by being promiscuous. (That's a joke.) (Maybe.) (Not at all.)

The Dorms - Yale kids party a lot, and they love to share the party . . . like the freshman who legendarily brought home a homeless man from a party for extracurricular fun, then woke up to find all the laptops in the suite missing. Visitor, that could be you.

Secret Society Crypts - There are numerous hulking, windowless buildings tucked away around downtown New Haven. Most of them are secret society buildings, and spring is when tapping and initiations start. A little bit of effort, and you can be run off the property.

Wandering the Streets Late at Night - Don't be a wuss. Get 'er done. 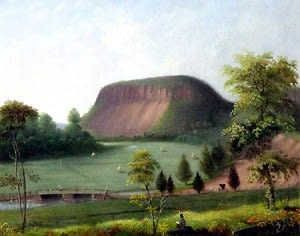 Waterfront - Within walking distance of campus, and the site of historic merchant enterprises (and home to the Amistad). But some undergrads got beaten with milk crates down there a couple years ago so, you know, be careful.

The Yale Green - Beautiful, classic New England green. In the summer, there are free concerts galore. In the spring, there's a lot of grass.

East Rock - Climb this giant rock for a panoramic view of the city; pretend you are ruler of New Haven; make arbitrary rules; go eat pizza. 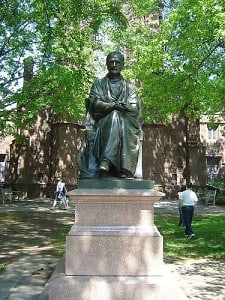 The Flower Lady - She sells flowers for a dollar. She is always there. Her first name is Annette. Treat her nicely.

Statue of Eli Yale - Students rub his shoe for luck. Students pee on his shoe, also for luck. You can do either one.

The Yale Center For British Art and the Yale University Art Gallery - Both museums have sizable collections of art and stuff. We're fond of a particular YBAC painting which manages to make 18th century children look like zombies, and of the YUAG's recently restored modern architecture.

Repertory and Graduate and Undergraduate Theater - There's something going on every night.  Yeah, it's not all good: we once saw a Strindberg production so bad that audience members were openly getting to know each other - in the biblical sense - during the show. And then we threw up. But you can also watch the stars of tomorrow perform before their burgeoning egos have eaten their brains!