If you were on Tumblr earlier this morning, you probably noticed something very strange happening. Tumblr put up black censorship bars over text and photos on their dashboards in protest to the upcoming hearings in Congress in which the Protect-IP Act and Stop Online Piracy Act (SOPA) will be discussed.

In order to get around the censorship bars, users had to click a link at top of the page that brought them to a post hosted on Tumblr's site encouraging users to sign a petition. 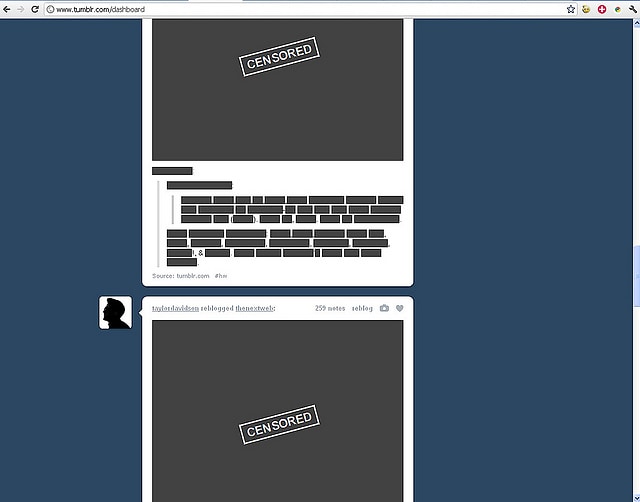 "Congress is considering two well-intentioned but deeply flawed bills, the Protect IP Act and the Stop Online Piracy Act (SOPA). As written, they would betray more than a decade of US policy and advocacy of Internet freedom by establishing a censorship system using the same domain blacklisting technologies pioneered by China and Iran."

It leaves spaces for you to fill out your phone number, street address and zip code - then a button that says "Call My Representitive."

Tumblr has it's fair share of lewd content, but in a weird way, is what makes it so charming. 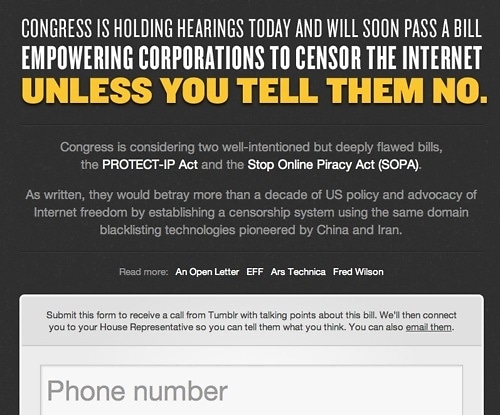 While most would be hesitant to out right make a call, this chart highlights the actual fear: 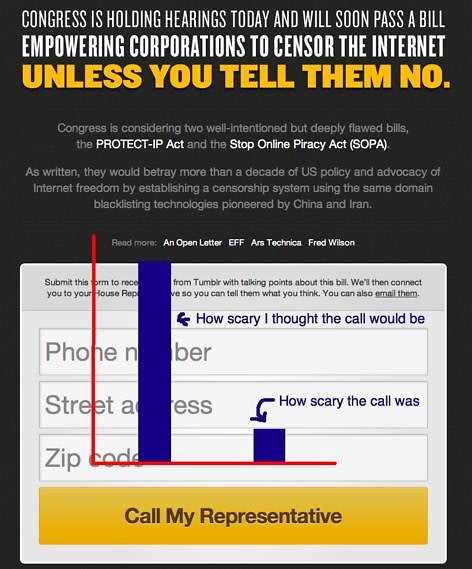 One Tumblr's take on Tumblr censorship: 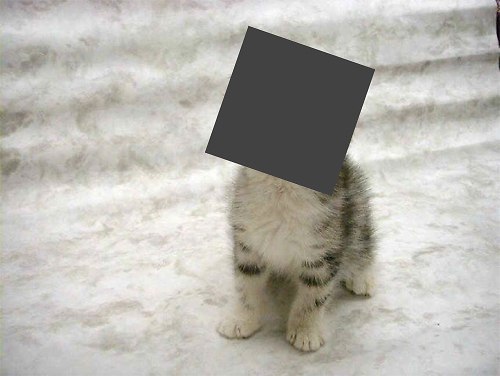 Also, check out the letter from AOL, eBay, Google, Facebook, LinkedIn, Mozilla, Twitter, Yahoo!, and Zynga to the Committee on the Judiciary HERE.

But as InOtherNews points out: 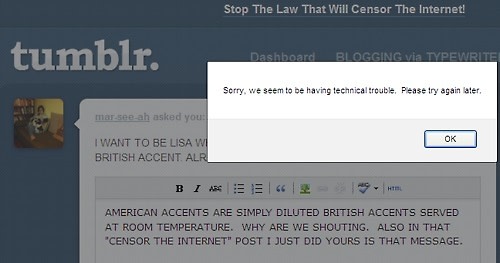 "Of course if SOPA doesn’t kill Tumblr, then Tumblr might. :-)"