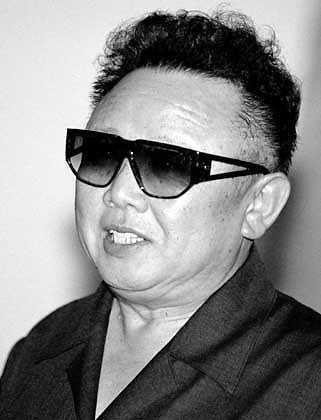 Kim Jong-il, the rotund North Korean strongman who led the communist country with an iron fist, bouffant, pot belly, risers in his boots, tinted 70's disco glasses and a minimalist khaki jumpsuit has died.  Perhaps one of the most bizarre dictators to emerge from the cold war, Kim's "ill" style was a Hollywood caricature of itself.  We chart out the idiosyncratic nature of Lil' Kim, his tastes and provide ample fodder for Halloween costumes next year.  What will you learn?  Despite his nuclear arms tendencies, "[Kim] is just like us!", a label-addicted purveyor of consumer luxury goods!