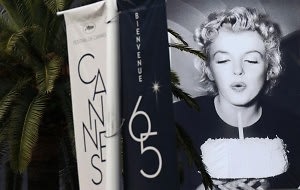 When the Cannes Film Festival announced the nominees for the 2012 Palme d'Or Award, which is the festival's highest honor, not everyone was happy.

All of the 22 nominees for this year's award are men, and female filmmakers have already taken action against the selection committee by writing an open latter to Cannes Film Festival.

The sarcastic letter, which was published in Le Monde, included the line:

"Men love their women to have depth, but only when it comes to their cleavages,"

and was signed by "Baise Moi" director Virginie Despentes, writer and director Coline Serreau, and actress Fanny Cottencon, among others.

Festival directors responded to the letter by insisting that no film was excluded,

"just because it was directed by a woman".

A female has only won the award once in the Festival's 65 year history when Jane Campion took home the Palme d'Or in 1993 for her film The Piano.

The outrage of the female directors and filmmakers got the Cannes Film Festival off to a rocky start, but there's still a full week of events to look forward to.