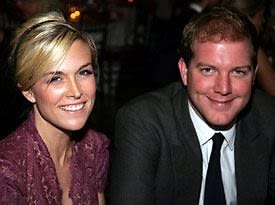 While rummaging through our files, we came across this old post from 2007. Topper and Tinsley were at the peak of their fame as a couple, but even then, we were starting to notice some friction between them. What can we say, we're pretty prescient...

Famous socialite Tinsley Mortimer has been quite the self-marketer over the years, and it's certaintly paid off for her. No one would call into question the fact that she is one of the few leading the social circuit circus in this town. Well, at least a certain circuit of charities, galas, and fashion shows that mean the WORLD to some people, and absolutely nothing to many others. In any case, does anyone else out there every wonder where in the heck Topper Mortimer (husband) is? He is almost NEVER pictured alongside his wife, and the opportunites are many (she was photgraphed by PatrickMcmullan over 2,000 times last year alone). We admit, we are a little curious. Which is why, this Sunday's Style Section of the Times was particularly satisfying. In an article titled "Why is the Blond Smiling?", writer Eric Konigsberg put the spotlight on the Tinsley's other half. Here's what we learn:

-Topper and Tinsley eloped when they were 18. They met at private school Lawrenceville in NJ and couldn't bear the thought of not being together after graduation. This was subsequently annulled in the Dominican Republic. Seems his parents were not too happy about the union and forced the reluctant pair to it. Though they remarried in 2002 it may still be a somewhat sensitive subject for Topper.

-He is both "extremely proud" of his wife's accomplishments in the fashion industry as well as obviously a little embarrassed stating:

“It’s not necessarily the type of goal that anybody should strive for, going out every night for the sake of self-promotion and getting their pictures taken,”...“And I mean, these are girls who went to good colleges. You would think they’d have something better to do.”

-Topper himself is not in any rush to be the social butterfly his wife is. He thinks that people get involved in benefits because of the credit they get and wants to see the actual results of said events. "I just never liked the whole thing with everybody trying to gain status from being involved in these charity events. I mean, I've always been a person who likes to take the wind out of fancy people's sails."

-Tinsley is quick to point out "Topper has this life in New York because he grew up here, so he doesn't NEED the social thing. To him, it seems frivolous."

-Topper is now working for the wealth management firm Guggenheim Partners, has remained in close touch with every single member of his elementary class from Buckley and is described as "an affable and unpretentious fellow, a workaholic" by friends. He also loves his wife, no matter what she does. 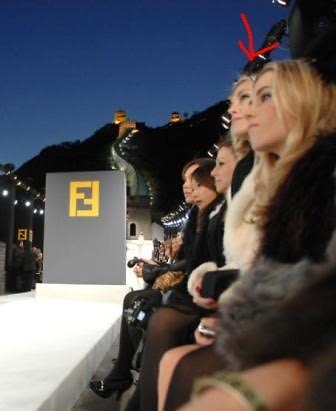 What's Tinsley up to these days? She was one of the few American socialites (including Fabiola Beracasa, Amanda Hearst, Zani Gugelman and Bettina Zilkha) sent by Fendi to The Great Wall of China for the first ever runway event on the Great Wall.