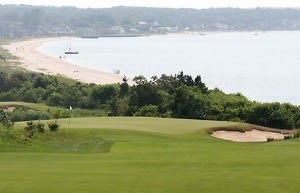 Git yer macintoshes and wellies on and go batten down the hatches -the flash flood warning's been extended through tomorrow. [Newsday]

Amagansetters have a meeting re their dislike of Mr. McGintee. After two hours, they decide what's needed are more meetings. [Newsday]

Sag Harbor restauranteur B. Smith loves how her garden's grown, wants you to buy rugs and occasional furniture. [Hamptons.com]