Hello from sunny Miami! I'm sitting at the Raleigh Hotel working next to Sarah Kunst who has been down here covering Art Basel this week. She brought up a great point this morning: there really is no irony in this town. Thankfully, it's alive and well on the Internet today....

1. Jay-Z dropped 32 pages of his new book "Decoded" over tables, plates and other items at the Spotted Pig (the restaurant in which he also is a partner). Check out all of the other places around the city that pages of decoded are dropped. Super cool. [Fast Company] 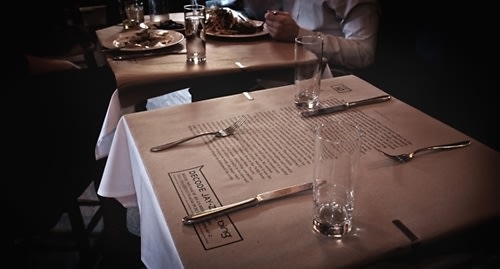 2. Julian Assange, the WikiLeak founder, was apparently roaming around Lower Manhattan with a shaved head! [NYDN]

3. Jumo, a social networking site focusing on non-profits and charities was launched on Tuesday by Chris Hughes, one of the founders of Facebook and the chief digital organizer for Barack Obama's presidential campaign. [NYT]

4. The Quaid Conspiracy. This was one of the craziest things I've read in Vanity Fair ever. Randy Quaid and his wife, former "It Girl" in Hollywood, Evi Quiad, are living in their car in Vancouver and scared to death of the "Hollywood Star Whackers" whom they believe were responsible for Heath Ledger's death and Lindsay Lohan's troubles. The HSW are now following these two because...they are so famous??! Whaaa? Dennis Quaid can you step in now please? [Vanity Fair] 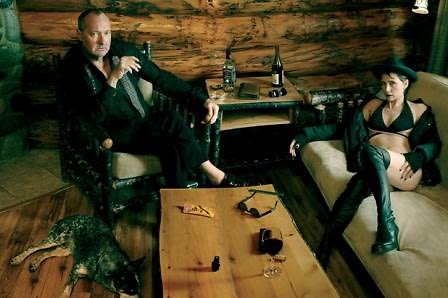 5. NASA scientists have found a bacteria whose DNA is completely alien to what we know today. Found in California's toxic Mono Lake, the bacteria is reportedly made of arsenic-not phosphourous-meaning that it "doesn't share the biological building blocks of anything currently living in planet Earth." WOWZA. [Slate]

6. Is Social Media bad for NYC? Time Out NY seems to think so. [Time Out NY]

8. Have you guys seen the new American Apparel ads? They're another reason to pick up a copy of the Village Voice (they are on the back page). It seems they are trying to cut costs, without cutting the dirty. [Copyranter] 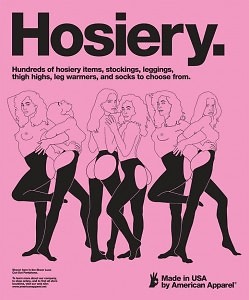 9. Check out the worst of Gilt Groupe. There's an entire site devoted to the ridiculous "worsts" that people have bought from Gilt. [WorstofGilt]

10. Jake Gyllenhaal and Taylor Swift are really doing this couple thing? Ugh. I agree with the Cajun Boy:

@thecajunboy: The Jake Gyllenhaal/Taylor Swift coupling feels about as authentic as the Louis Vuitton tote bag my cleaning lady carries her supplies in

12. 7 reasons a text message is better than a call. Chiara is already rocking at her new job [HowAboutWe]

13. I love this tiny people street art created by Slinkachu! [Photojojo via Dens] 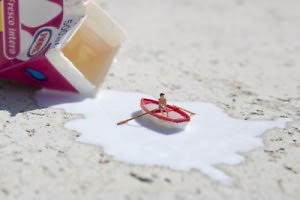 Shoot your own mini street people — all you need is a macro lens for your camera or phone.

14. In case you were wondering, here's all the books that Art Garfunkel has read [Art]

15. "The Men Who Stole the World." A decade ago, four young men changed the way the world works. They did this not with laws or guns or money but with software: they had radical, disruptive ideas, which they turned into code, which they released on the Internet for free. These four men, not one of whom finished college, laid the foundations for much of the digital-media environment we currently inhabit. Then, for all intents and purposes, they vanished. [Time via Soup]

16. Sarah Palin is the un-Obama. That’s why she’s a political force, though she’s way beyond her 15 minutes of fame. That’s also why she’s a contender in 2012. [Politico] 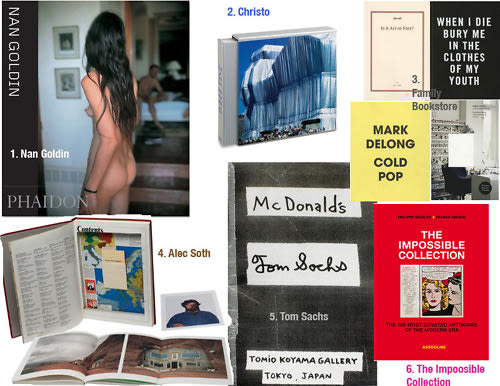 18. Check out Rex Sorgatz's "very deep thoughts on the future of the Internet." [YouTube]

19. You are what you doodle, see what your scribbles say about your personality. [DoodleDecoder]

20. More from the tumblr "Paris vs NYC," the difference between a bobo and a hipster! [PVN] 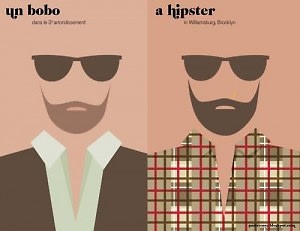 21. I'm excited to finish out the week at Art Basel, even though most of the serious art world are leaving (their "Art Basel" was going on throughout the early week days), it's nice to be in the sun surrounded by the art deco village on Collins street. Speaking of art....did you guys hear about the retired French electrician who discovered 271 undocumented, never-before-seen works by Pablo Picasso estimated to be worth at least euro60 million ($79.35 million)?!

Talk about lucky. I'll leave you with this photo that Sarah just managed to snap at the Mont Blanc carnival at The Raleigh Hotel: 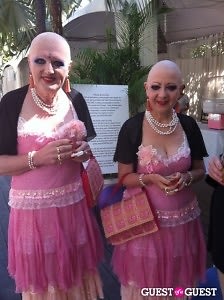 Well, that's all for me today. Do you have something to include in Monday's List? Email me: Rachelle@guestofaguest.com

And, follow my Art Basel adventures this weekend at twitter.com/rachellehruska