Tina Brown is at Newsweek, Facebook is the new gmail, cats are smarter than dogs, and things are just all kinds of backwards today. Let me lead you into the weekend with the things that I'm reading about today...

1. With Paris on the mind (last night we dined with our friend from Paris, Martin Hatebur, in town for the art auctions), I found and fell in love with this blog: Paris versus New York- a tally of two cities. Here are some of my favorites: 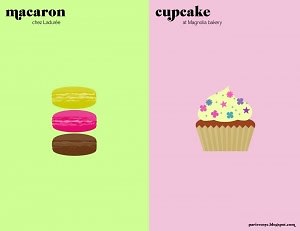 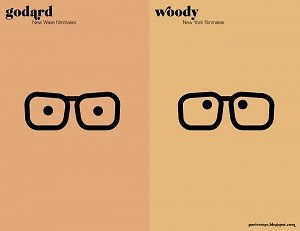 2. The very first Apple computer is on sale for $240k at auction. Steve Jobs built the hand-carved machine, holding 8k of memory, in his parents' garage, where in 1976 he sold his first batch of 200 Apple-1 computers for the vaguely demonic price of $666.66.

The Apple-1 comes in its original packaging, complete with instruction manual and a letter signed by Jobs himself. [Gizmodo]

3. Cats are geniuses...at least when it comes to drinking. Four engineers from Science Magazine have found that the "cat's lapping method depends on its instinctive ability to calculate the balance between opposing gravitational and inertial forces." [NYT] 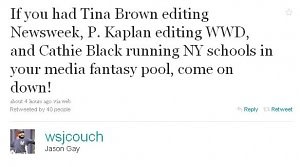 5. Facebook is set to launch an email service on Monday. Will this be the end of Google- as it's unofficial title, "Gmail Killer" suggests?  [TechCrunch]

Paltrow is trying to be a country music star and performed "Country Strong" the single from her forthcoming movie Country Strong, live at the Country Music Awards on Wednesday. [Vulture]

7. Online matchmaking is getting better at telling us whom we ought to like-and that's not good. [The Atlantic] 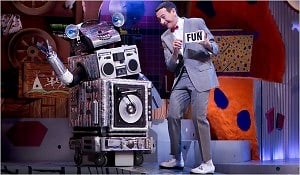 9. Pee-wee on Broadway's first official show was last night. The New York Times' review today called it "nothing more and nothing less than a bubble bath of nostalgia for the many adoring fans of Pee-wee, the sweet ’n’ snickery alter ego of the comic actor Paul Reubens." [NYTimes]

I'm going to the show on Sunday night with David Hershkovitz, owner of Paper Magazine who featured Reubens on it's latest issue's cover. And I can not wait to see Pee-wee in person.

10. Congrats to David Karp and team Tumblr. The company has raised a "very big and competitive" round of financing from top Silicon Valley VC firm Sequoia Capital. [SAI]

11. Barney's New York holiday display windows under Simon Doonan are toasting to a "foodie holiday" theme with caricatures like this "Miss Illy," a mannequin dressed in a voluminous gown assembled from recycled espresso foil bags. [Ecouterre] 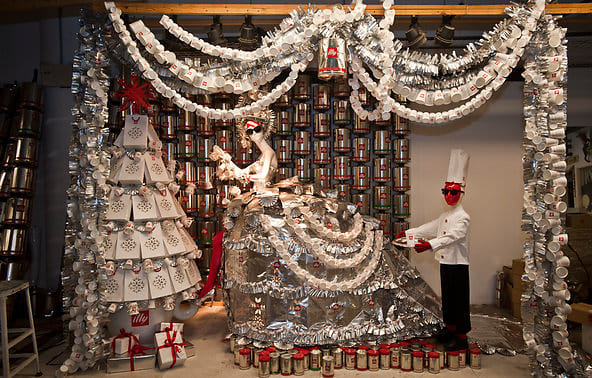 12. Wired Magazine has a bunch of boobs on it's cover this month, and, the ladies aren't happy about it. [Change the Ratio]

The Magazine also logged nearly 35,000 complaint calls to 311-NY's help line-and put them in this graph based on the nature of complaint and time of all. They also break it down by "bitchingest neighborhood. [Gawker] 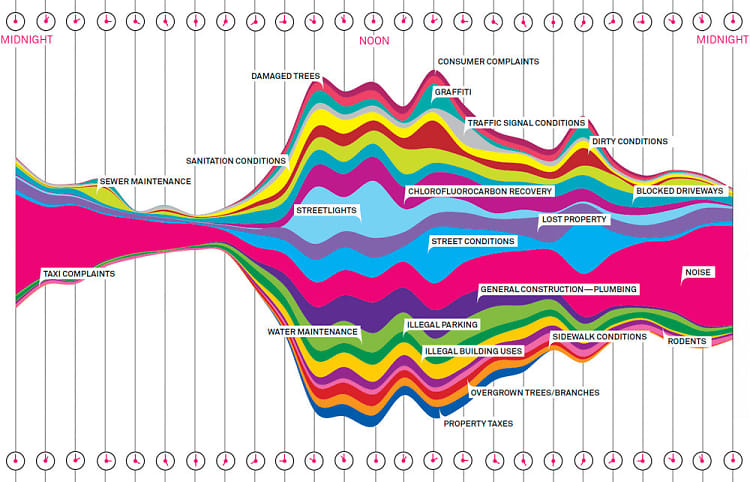 Well, that's all for me today! Do you have something that I should include in Monday's List? Email me: Rachelle@guestofaguest.com!