Today I decided to take a break from NYC Social Gossip and fill you guys in on more important things, like how our universe could be one giant 2-D hologram and the best photo I've seen on the Internet this week (of a horse pulling a girl in a bikini on a skateboard). Also, I miss Billy..... Here we go:

1. Everything you know is wrong. Today I woke up to find out that our Universe is really just one big hologram. Using the most precise clocks in the world, one scientist's experiment, now under construction in Illinois, will attempt to test the idea hat we live in an ultra-high-definition 3-D video and the third dimension we know and love could be no more than a holographic projection of a 2-D surface (whaaa!??!) Anyway, happy Friday. [Wired via Topherchris]

2. Moving right along. Would you like Droid on your iPhone? Did you know that there is a way for you to install Google's Android right onto your AT&T mobile? [Lifehacker]

3. The NYC Bodegas still selling Four Loko. I really missed out on the Four Loko craze. It sounds a bit too crazy for me to get into anyway. That being said, ex gofg'er Billy Gray did this really funny post over at his new gig: the Feast. [Billy Gray at the Feast] 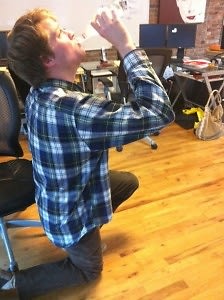 And, I suppose this is a good time to address what happened to Billy (have we done that yet?) Chiara? Anyway, Billy got scooped up by Ben Leventhal.  Ben is one of those people who I don't know how to classify in my life. He's somewhere in between an acquaintance and a friend. I mean I guess he's an acquaintance right? I (weirdly) met my current ONE at his party to launch the Beta version of Feast at the Spotted Pig and I think it may be part of the reason I put him on a line that would make it even possible for him to be anything other than a person you say "hey" to at a party and have had one or two meetings with...he's probably just an acquaintance now that I think about it. REGARDLESS. I like the guy. Anyway back to Billy who is what this blurb is about. I am so happy that Billy is at NBC. I'm happy he has Health Insurance (I think?) and gets to have NBC on his business card. And, I wouldn't want a single thing to change about the situation. Life goes on and I'm super happy I had the opportunity to work next to him for as long as I did. That being said, I miss the guy so much.

Billy was so much fun to work next to (he sat directly to the right of me every single day for almost 2 years). Loosing an employee (or anyone really that you spend your days working next to), is a lot like loosing a best friend, or a lover. You of course get upset of the overall idea of the loss of that person. But it's the little things, the idiosyncrasies that were their routine that you remember and are most nostalgic about. He had these really dirty soles and so he left tons of dirt and mud on the floor next to him. He brought the most f'cked up lunches back with him (like giant meatball subs), that I would have to smell for 2 hrs at least. He smelt like smoke (just like I imagine every real old school writer does). And, Billy was always up for anything. He told the best stories (like the time he almost died 3 times over in Brooklyn, or his experiences in Berlin nightclubs with randoms). And, having him here made me genuinely feel like we were doing something special. We weren't just some silly morons covering socialites who's dream is to be on reality television....we were hip and young, and into music and secret underground parties in Chinatown and shit.   And, even though his ivy league graduate status could have ruined him for good, it didn't. It only made him more ironic, less hipster, more....unique. (Btw did you guys know Billy is a swimmer?! Like a real collegiate one.)

When Billy left I re arranged our entire office. Moved everything. Did a different formation. Etc. Etc.

And I'm not one to look backwards. I think that living in the present is tough, but necessary. I am excited about the changes going on at GofG, excited to have new blood in our doors and new people to get to know, to speculate about, to take out for drinks and to hear adventures from.  But I am certain beyond a shadow of a doubt that when I look back on this journey I will say (with that glistening glow in my eyes) that:  "I remember when....." and it will include a story with Billy in it...and Chiara, and Kunst, and Mandato, and all the others. And goddammit Leventhal, you are a lucky sonofabitch, I hope you know. Billy, you define cool. Anyway, go follow him over at theFeast (rah rah rah). Ah, we should all get drinks or something sometime soon....

4. Love and Other Drugs. I'm assuming this comes out today? Who knows? I went to the premiere on Monday and I have to tell anyone that is actually reading this: do NOT waste your time. If I wasn't sitting in the middle of my row at the premiere of the thing I would have gotten up and left. It was that boring. Anyway naked people lah lah lah: 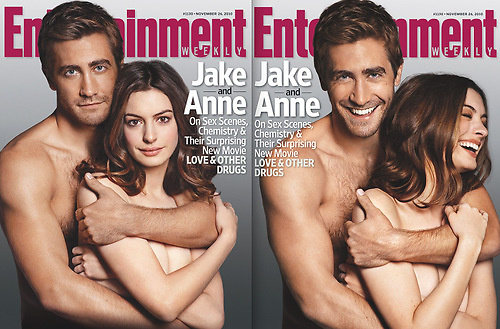 This guy over at Newsweek pretty much summed up the experience for me: [Newsweek]

5. Nannies Tell All to Star Magazine. Suri Cruise and Shiloh's nannies decided to give Star the exclusive on just what goes down in these toddlers lives. And, I think Ned Hepburn says it best: CULL THE HERD. EVERYONE WHO BUYS THIS AND THINGS LIKE IT SHOULD BE ROUNDED UP AND SHOT. KILL THEM ALL. WE DON’T NEED PEOPLE WHO BUY THIS SORT OF SHIT. STOP IT. JUST STOP IT. WE CAN’T JUDGE CHILDREN. WE’VE BARELY GOTTEN AROUND TO JUDGING OURSELVES. [Ned Hepburn]

7. I love this Traffic Light Concept. Featuring a "sensible interactive design, a countdown number, and visual to show how much longer you can expect to wait at that red light: 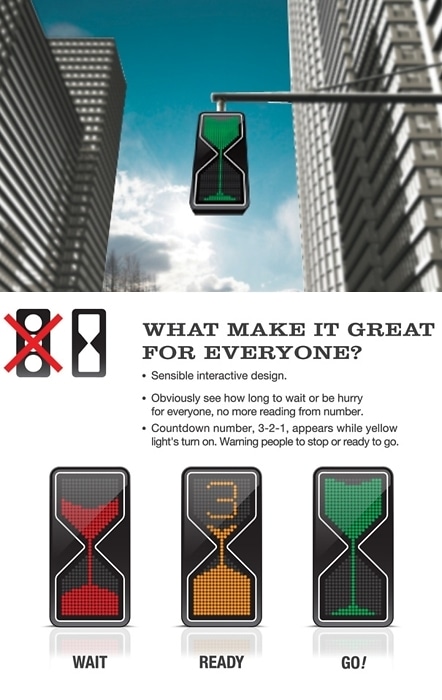 8. From the mixed up files of David Foster Wallace. Newsweek takes a tour through the late writer's just-released archives. [Newsweek]

9. Meet Ilham Anas. "He looks so much like Barack Obama, he's become a TV star in his native Indonesia and fears assassination." [Gawker]

10. This is a really cool idea. How to put a climbing wall in your living room and make it look chic: [Hez] 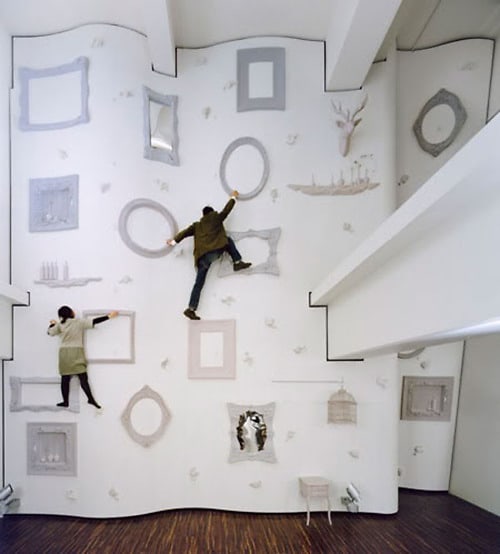 11. Check out this white truffle that is the size of a soccer ball. It's this year's top prize at the 12th World White Truffle of Alba Auction and sold for $142,653. [WSJ]

12. Sexuality Study: Women who's name ends in 'A' are more frisky, according to French Dating site. [Newsfeed] 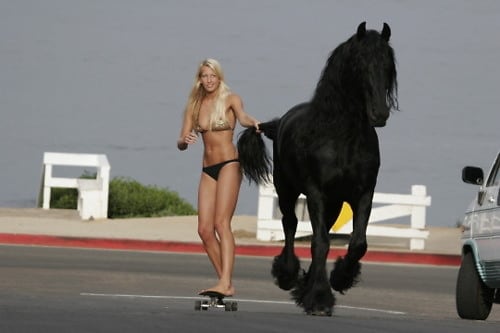 M a g n o l i a II: The Super Sequel Involving A Girl On A Skateboard Being Pulled By A Horse [Via Slippy]

Well that's all for me today. If you have something to include in Monday's list email me! Rachelle@guestofaguest.com