It's hard to focus on anything but the upcoming Royal Wedding (am I right)? Thankfully today is full of interesting things like Mark Twain's dictated autobiography and Jimmy Kimmel's official "Unfriend Day."  Also, today a miracle happened!  Someone finally recognized the bubble that is growing in the NY Tech space, AND dared to write about it.

1. Jimmy Kimmel announced that today was "National Unfriend Day" encouraging hundreds of thousands of people to clean up their facebook pages, weeding out people that aren't actually friends. Watch Kimmel tell the WSJ "Digits" why he's all about "unfriending." [Unfriend Day]

2. Interesting read on the NYC Tech Investment Scene in the Observer today by Leon Neyfakh. Titled "Don't Blow It! New York Tech's Top Investors Have Bubble Trouble on the Brain, the piece starts with one question: "Is the tech industry in a bubble?" [Observer]

3. Gwyneth Paltrow was on Glee last night. We had already watched the full youtube of her version of Cee-Lo's "Forget You" on the show. Now, check out more scenes, including this popular umbrella one. [Defamer]

4. 100 years after his death, Mark Twain's autobiography is being published the way the author himself wished - from dictated stories collected by the University of California, Berkeley's Mark Twain Project. The first of three volumes is out now. Go listen to history! [NPR]

5. The iPod Nano Slap Bracelet. This is a perfect Christmas gift for...anyone really. Made by Griffin, they are selling for $25 a pop! [Gizmodo] 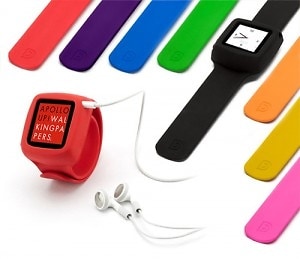 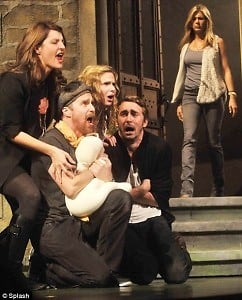 8. Jennifer Aniston had a cameo at the annual 24 Hour Plays on Broadway Fundraiser. She played a dog (not kidding).. and here is a screen shot of her walking on stage. [DailyMail] Star studded: The actress had just 12 hours to learn her part in the play with her co-stars, including Nia Vardalos (left) and Sam Rockwell (kneeling left)

9. Why is Paul Johnson Calderon, the character GofG created after securing video tape of him stealing a purse from the Eldridge years ago, still in the news? His reality show was canceled and the Beatrice Inn has long been closed. Well, bowties are still around I suppose, and who better to start a socialite bowtie fashion line than PJC? [Eater] The fact that it was in Page Six REEKS of PR exchanges but we can't fault PJC for lazy journalism.

10. Beautiful bottles for your Holiday Hostess. Are you like, super popular this holiday season? Is the stress of finding Hostess gifts wearing on you? Thankfully. Ms. Vie over at Tumblr has put together a really great guide of the best hostess gifts in a bottle. Don't think twice about this, give your hostess something that she will actually use and enjoy! Alcohol! [TheVieSociety] 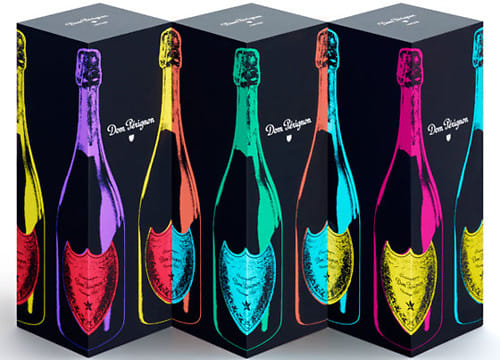 I love these Dom Perignon tribute bottles to Andy Warhol, but there's many more to choose from!

11. The Cold Hard Facts of freezing to death! [OutsideOnline]

12. My favorite fashion face, Anna Dello Russo, has a website and today she posted her "10 Quotes of Fashion" on it. 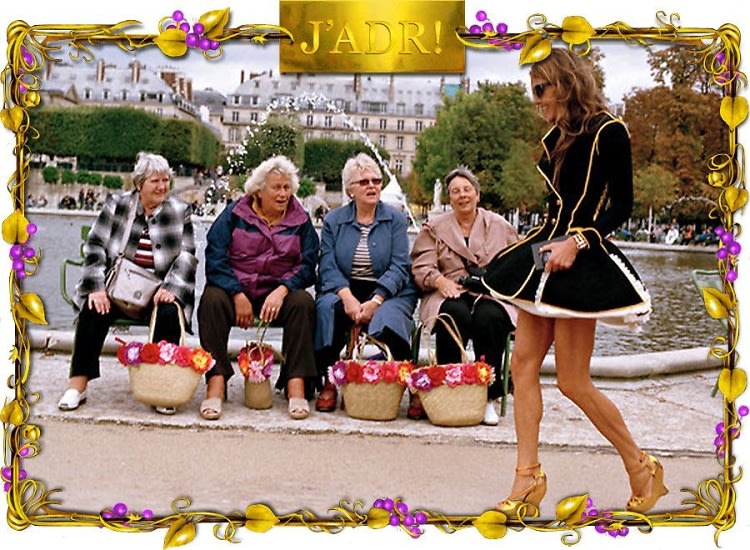 #4: When you don't feel to dress means that you are depressed. You need a FASHION SHOWER.

I'm obsessed with the site. It's straight out of 1997. Complete with .GIF files and a cursor that has sparkles following in its path lol. [Annadellorusso.com]

13. Sarah Palin has a new book coming out and excerpts of it were mysteriously leaked across the internet today. [Gawker]

14. Lockhart Steele claims that Pulino's pizza is "bleh as ev." Which stands for "Bland, tasteless, mediocre, etc." And when lock brings out the "as ev" line, you know things are bad. [@lock]

15. It's almost time to purchase that Christmas Tree of yours. And, if you are a NYC resident that is struggling to find space in your apartment for your conifer, there's other options! Like turning your tree upside down! [via Nick McGlynn] 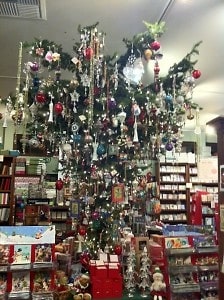 Well, that's all for me today. Do you have something to include in tomorrow's list? Email me: Rachelle@guestofaguest.com.