It's Beatle Mania all over again. Plus! Jay-Z explains what "Bitch" means to a group at the NYC Public Library, Obama releases a children's book and Google unveils it's new "HotSpot" application (it's pretty useless). Tina Fey and Wass Stevens both gave speeches and the city wants you to vote on what the new taxi's will look like. Today's list is PACKED!

"I met my husband Jeff when we were both in Chicago and I had short hair with a perm on top and I wore oversized denim shorts overalls. And that is how I know our love is real."

And, here is the missing portion of the speech which was snipped by PBS. [SoupSoup]

2. Google unleashed their new product "HotSpot." It was their "Yelp-and-Foursquare Killer" except it isn't. [Google HotSpot] [SAI]

3. Look! It's The Strategic Group founders Jason Strauss and Noah Tepperberg talking to another Harvard Business School class! This time they brought Wass Stevens along! [@jasonstrauss via Eater]

5. A new study has found that women who have an alcoholic drink or two a day in midlife turn out to be healthier overall in their old age. [WSJ]

6. What should the Taxi of Tomorrow look like? Check out the proposals (from Karsan, Nissan, and Ford) below, and go HERE to cast your vote. It's your chance to tell the city what's important to you in a taxi! [nyc.gov]

7. Barack Obama's book for children is out today. Titled "of Thee I Sing," the book is aimed at children ages 3 and up and is light on text, rich on illustrations (by Loren Long). [WaPo]

8. This is America today. Ball or stick? "Which is more exciting? the new Sausage Pancake Bites from Dunkin Donuts (the donut is maple syrup flavored), or the classic Pancake + Sausage on a stick from Jimmy Dean (the pancake has chocolate chips)? Ball or stick? Tough call." [TopherChris] 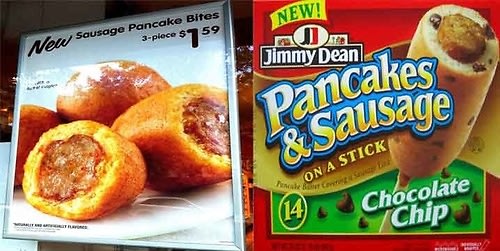 9. If that's a bit low-brow for you, check out the new must have kitchen gadget for the high brow hipster: The Breville Personal Pie Maker, available exclusively through Williams-Sonoma. For a mere $80 you can create your own savory individual-sized pies in minutes! Hurray! [WS via High Hopes]

10. Check out the movement going on in the NYC media circles. Foster Kamer's Press Clips dissects the mayhem: [Village Voice] 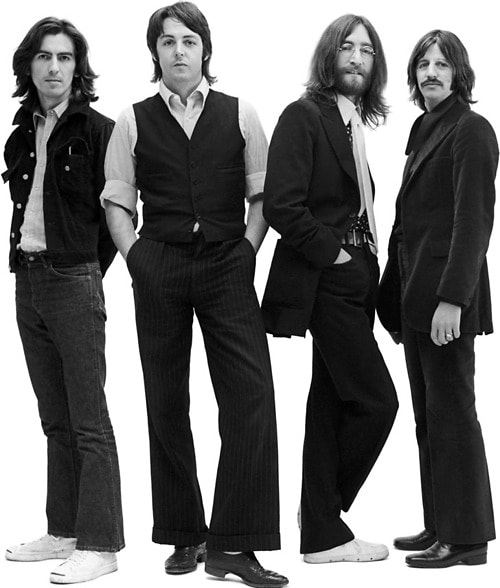 11. It's Beatle Fever all over again. Apple's BIG iTunes announcement came today, and was a bit disappointing. Doesn't any avid Beatle fan already own the entire collection in some form? As Fred Wilson puts it:

@FredWilson: I've had the Beatles on iTunes since I bought all of their CDs and ripped them back in 2001 #muchadoaboutnothing 23 minutes ago via web from Civic Center, New York

12. Steve Martin has a new book coming out on November 23rd. Titled "An Object of Beauty" it follows a young Sotheby's intern as she "climbs the city's cultural ladder to success in the labyrinthine art world." It's getting great reviews. [SteveMartin]

13. 60 years of Television's most memorable catch phrases in 146 seconds. [Gawker.tv]

14. Did Spaghetti come from China? [WSJ]

15. Jay-Z spoke at the NYC Public Library last night. He spoke about rap music as poetry and explained what "bitch" meant once and for all (and it's not just about women). I didn't go but check out notes from someone that did. [GillianMae]

16. The $40k West Village townhouse. Okay it's a 320-sq-ft MEKA Luxury Modular home (assembled on site in five days) and is made from a shipping container. Oh and the property isn't part of the price (you've got to find a piece of land to land your modular home on on your own). But other than that, this is pretty neat! [WSJ] 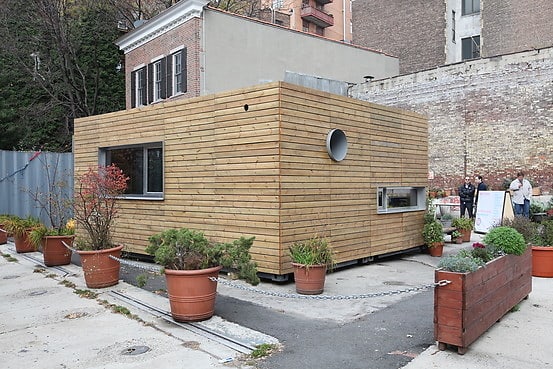 "Today we're announcing the launch of TheFeast.com, NBC's new local lifestyle brand. To refresh, The Feast leads you to the best places to Eat, Shop and Play in the city. We combine our own real-time, meta-ranking system, the Feast Rank, with expert stories and video, as well as social search tools that bring the web, and your friends, to The Feast universe" [TheFeast.com]

18. The happiest people in the world are the ones having sex (duh), but here's some other findings from a study on happiness, including some unexpected ones. The major finding? Whatever activity people were doing, whether and where their minds wandered was a better predictor of happiness.

"Our data suggest that the location of the body is much less important than the location of the mind, and that the former has surprisingly little influence on the latter. The heart goes where the head takes it, and neither cares much about the whereabouts of the feet." [NYT] 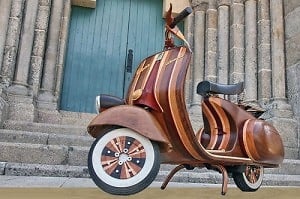 20. And finally, check out this cool new artwork in our neighborhood (on Prince and Elizabeth street)! [RichardBlakeley]

Well that's all for me today. Do you have something that I should include in tomorrow's reading list? Don't be shy! Email me: Rachelle@guestofaguest.com