So while I've been away, I missed another Snowacolypse in NYC, all of the 2010 "lists" and Natalie Portman's pregnancy announcement. Today, I promise to try and get you caught up on some things like Nancy Reagan's kissing Mr.T, the rise of Quora, the 99ers and more!

1. Be more interesting! Here is some helpful advice for making good conversation. [Esquire]

2. Apparently the opening of Las Vegas's Marquee club at the Cosmopolitan Hotel was THE place to be stateside this New Year's Eve. Though Noah Tepperberg mentioned this much in our interview with him in December, performances by Jay Z, Kanye West, Diddy, Rhianna, and Beyonce definitely put this party over the top. [Eater] P.S. Did you see what Whitney Port looked like? [Uppereastside]

3. I loved this photo in the WSJ today: 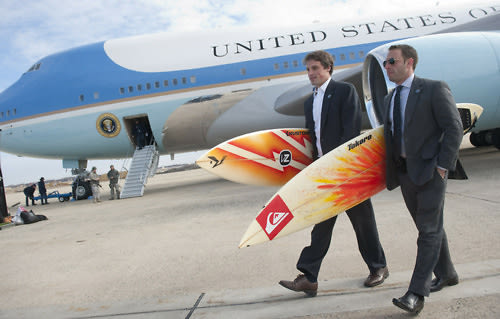 4. Dead Birds are falling all around us. First, in Arkansas, thousands of confused blackbirds crashed into homes, cars, each other. Then, 300 miles away in Louisiana, power lines likely killed 450 birds, littering a highway. Now, 50-100 jackdaws were found dead in Central Sweden. Some people are freaking.out. [MSNBC] 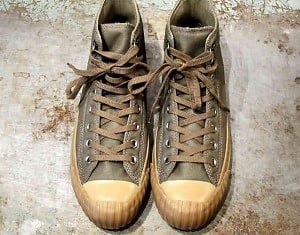 7. Converse teamed up with the Ace Hotel and its creative head, Alex Calderwood, for two new styles of canvas and rubber-wrapped 1940s looking shoes. The Ace-only sneakers — dubbed the Chuck Taylor All Star Bosey — are an update to the classic Chuck Taylor with design cues taken from vintage wading boots that Converse created for U.S. military basic training way back in the 1940s. [AContinuousLean]

8. Jaylor, aka Taylor Swift and Jake Gyllenhaal have ended their brief love affair. [US]

9. Check out some BIG STUFF in 2011 from HipsterDiet. Things that will be big include roller skating and off shore bank accounts. [Hipster Diet]

10. Hey! Look at that! Justin Bieber is the "Adorable, Inescapable Face of 2011." He graces the cover of this month's Vanity Fair. Oh, also, the magazine gets a tumblr. [VF] 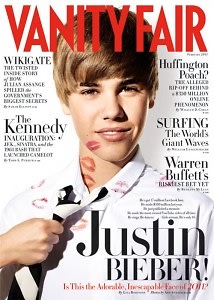 11. Alec Baldwin is "very, very interested" in running for office. In an interview set to air on Parker Spitzer, on CNN tonight, the actor claims to understand the problems of the middle class. [Gawker]

13. Calypso St. Barth will be Target's next designer collaboration. "Shut.Up." ...is what I said when I heard the news this morning. I am beyond a fan. And, even though the permanent outlet store is down the street (on Broome), this is great news! [EmphasisAdded] 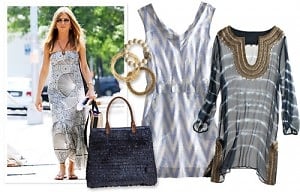 Check out GofG's interview with the founder of Calypso, Christiane Celle HERE.

15. Quora.com takes off. Never heard of the question-and-answer site co-founded by two early Facebook employees? Well, you better get caught up, because it is bursting. [CNET]

16. "Dang our President was baller in college." [Natahn] 17. "If the U.S. State Department is serious about wanting to shut down Wikileaks, they obviously need to hire Julia Allison." Reblogging NonSociety. The blog that made fun of fameballer Julia Allison has been pulled by WordPress. [PeterFeld]

18. Google Zeitgeist 2010: How the World Searched. From new bills in D.C. to new heroes in the World Cup, Olympics and beyond, there was no shortage of events to captivate our attention. [Google]

19. Oprah's OWN network launches and several people get their OWN new shows. 20. The Rise of the New Global Elite. I enjoyed reading this article in the Atlantic on today's super-rich and how they are different from yesterday's super-rich (they are less connected to the nations that granted them opportunity and more!). [Atlantic]

22. Starbucks has a new 40-year anniversary logo. I'm still confused as to why they are using a mermaid to represent a coffee company. [WSJ]

23. Cameron Frye's house from Ferris Bueller's Day Off is for sale for $1.65 million. [Curbed]

24. What's going to happen in digital advertising in 2011? Here are a few underlying trends that Jon Steinberg sees: [Quora]

25. You can now borrow and loan Kindle books! [Amazon]

26. Did you catch out the match played between Federer and Nadal played in the water (!) at the ATP World Tour? Go here for loads of photos: [RogerFederer] 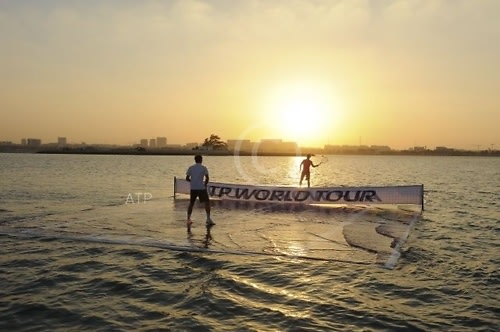 27. Check out a photo of Doug Pitt, Brad Pitt's brother. The world can be so cruel. The resemblance is uncanny. [Atencio]

29. Brian Williams is a lot funnier than you think. Check out this video of him declaring NYT's "discovery" of Brooklyn as the media story of 2010. [MorningJoe]

30. O.K., finally, because I missed you guys over the holidays (I was traveling through Southeast Asia and beyond), I'll leave you with one of my favorite holiday photos I came across this year: 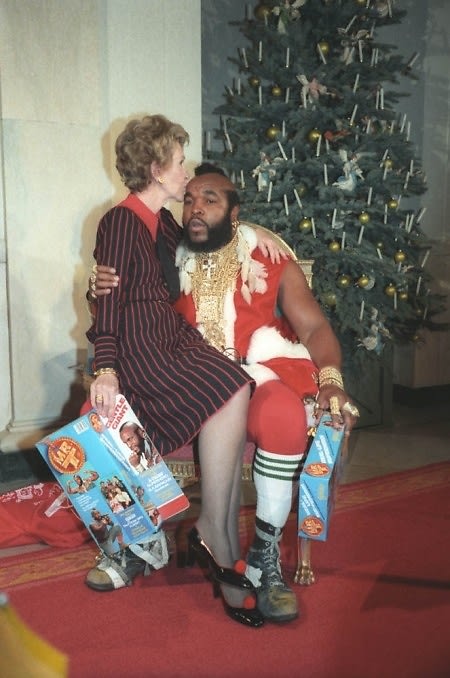 Well, that's all for me today. Do you have something to include in tomorrow's reading list? Email me! Rachelle@guestofaguest.com.