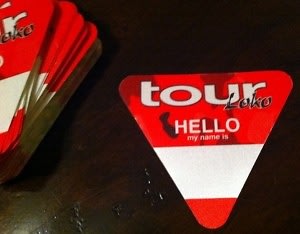 1.Things are moving fast between College Humor's Ricky Van Veen and John Mayer. The two, joined by BJ Novak from The Office, are on a Judd Apatow-seeming road trip across the Southeast. Complete with swag, stickers and diagrams, the trip has a list of clearly delineated goals including "Americana" and "Massages." Happy trails, boys. [Tourloko]

2. Didn't get to experience the great Boxing Day blizzard firsthand, and a million twitpics and instagrams didn't satisfy your curiosity? Lucky you, Jason Kottke has a time lapse video of 20 snowy hours compressed into 40 seconds. [Kottke] -

3. Before there were celebrity designers in the 2000s, there were socialite designers in the 1970s. Much like fashion elites roll their eyes at Lauren Conrad for Kohl's, disco-era heavies were not impressed by heiress-slash-designers. Fred Hayman of Giorgio Beverly Hills said, “Wearing a Charlotte Ford means nothing. Driving a Ford means something. Because someone has a name, I don’t think that qualifies them to be called a designer. I just don’t think that this influx of social names into the fashion business is a plus." Ouch. [WWD] 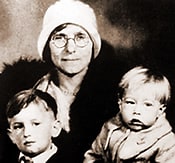 Brothers John and Andy with their mother.

5. I have no idea what Karl Lagerfeld is saying but the VW commercial starring The Kaiser and his lover/muse Baptiste Giabiconi is hilariously transfixing. Between this and his campaign for road safety is Lagerfeld thinking of going into the auto industry? [Stylite]

6. Wonder what Tucker Carlson thinks of Jon Stewart? The best way to find out of course is to spot him on an Amtrak train, eavesdrop on his phone call and then ask him directly. [Kirk Larsen]

7. To all the pesky siblings still at home for the holidays: please don't slut shame your sister's pregnant cat unless you'd like a pack of angry Jezebelites to be privy to your misogyny. [Jezebel]

8. Terry Richardson's new campaign for Equinox Gym is out and as Fashionista points out, it's textbook Terry. Leggy sexpots and intimate moments abound, no word on if similar results are guaranteed with membership. [Fashionista] 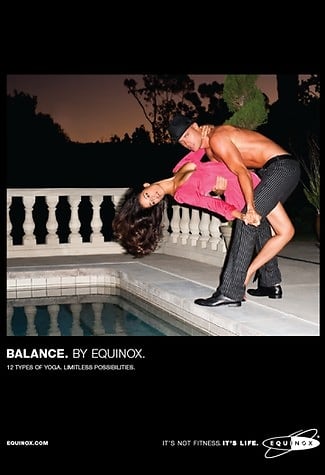