Rachelle's away in Paris/Dubai/Bangkok (follow her here) and I'm on reading list duty! Vogue calls Waris a party animal, Thought Catalog advises transplants on how to live in New York City, Ashton joins Bnter and we're on Vyou. See below for your almost Christmas cheat sheet.

1. The Best Office Party Ever lives on: Fashism's Ashley Granata is featured on the Rugby style blog in a shoot from the 36 Cooper Holiday Party. Joining her in the 5 Days of Holiday Dressing spread are G of G faves Steven Rojas and Carol Han. [Rubgy] 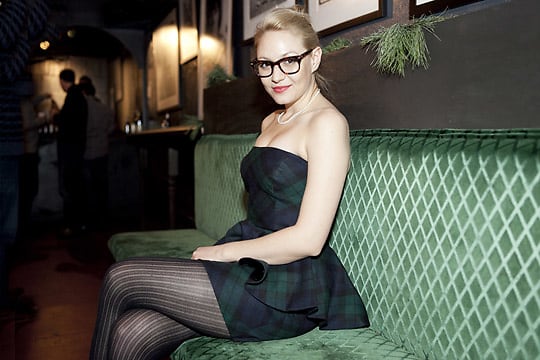 2. We've been bringing you news of Waris Ahluwalia's tea room hosting, jewelry making, social butterfly ways and Vogue took notice on their 2010 impact list that "You Know It's A Party If...Waris Ahluwalia Shows Up" [Vogue] 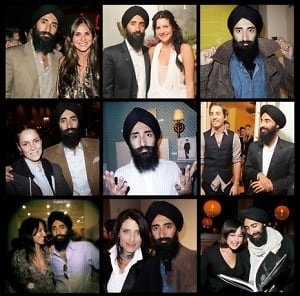 3. We're on Vyou! Ask us questions, see the office, and if you're lucky, we might even let Stanley play in front of the camera. We've already let you know about our New Year's plans, what's happening in the Hamptons, and what Donna Karan is really like, join the conversation! [Vyou]

4. Ashton Kutcher more or less invented the tech savvy celeb overshare, so it's no surprise that he's on Lauren Leto's recently launched site Bnter. The more interesting question is whether this means that he's thinking about adding Bnter to his investment portfolio alongside NYC based Fashism. [Bnter]

5. "Go out to bars in the Lower East Side because the Internet told you so. Fall in love with a bar called, Max Fish, and always stay out till four in the morning. Eat a falafel and have someone pay for a cab back to your apartment. " My ongoing obsession with Thought Catalog continues with their guide to living in NYC. [Thought Catalog]

6. Terry Richardson shoots a half-naked, cross-dressing model for Japan's Huge Magazine. Of course he does. Did you also know that Angelica Houston was his famous photographer dad's live in girlfriend for three years starting when she was only 17? [High Snobiety] [Index Magazine]

8. Is Gossip Girl still relevant? Maybe not on TV, but the CW's list of the characters' favorite things is spot on - Chuck loves Sad Don Draper and Blair reads the Vie Society. Fictional underage oligarchs, they're just like us! [CW]

Happy it-used-to-be-Hanukkah and merry almost-Christmas! We'll be posting intermittently from now until New Year's Eve, so if you have anything for the reading list, let us know.