Europe gets snowed in, Julian Assagne hits SNL and the White House sends a Christmas Card. Plus! Find out what random New Yorkers on the 6 train are reading, how to throw a holiday party with food inspired by modern art and much much more!

1. Heathrow airport has been closed all weekend due to below freezing temperatures and almost a foot of snow (making my own flight canceled - while we were already on the tarmac no less!). Holiday traveling is pretty much always stressful, but tales of those trapped overnight in airports always makes my feel so badly for those people. One thing I'm not complaining about? The rich images that this weather brings, like this one: 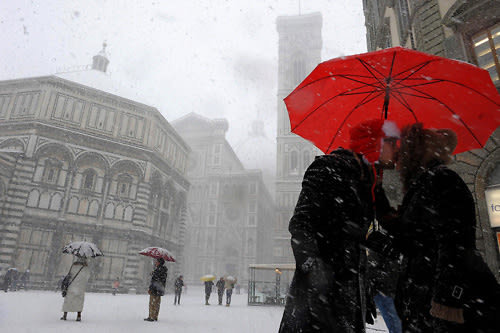 Me? I just got to Paris, after a four hour stop in Nant  and hoping to find a way to our wedding in London from there. Wishing everyone safe and minimum stress-filled travels this week! Even Lady Gaga is no match for mother nature! [Gawker]

2. I get such a kick out of physicist Brian Green, so I was happy when I saw that Deborah Solomon interviewed him for T Magazine this weekend. Esp off of the devastating news from last week that string theory may not hold up to the first experiments. [TMag]

3. Literary Underground. I love love love this Sketchbook by Amy Goldwasser and Peter Arkle about what New Yorkers are reading on the 6 train: [NYT] 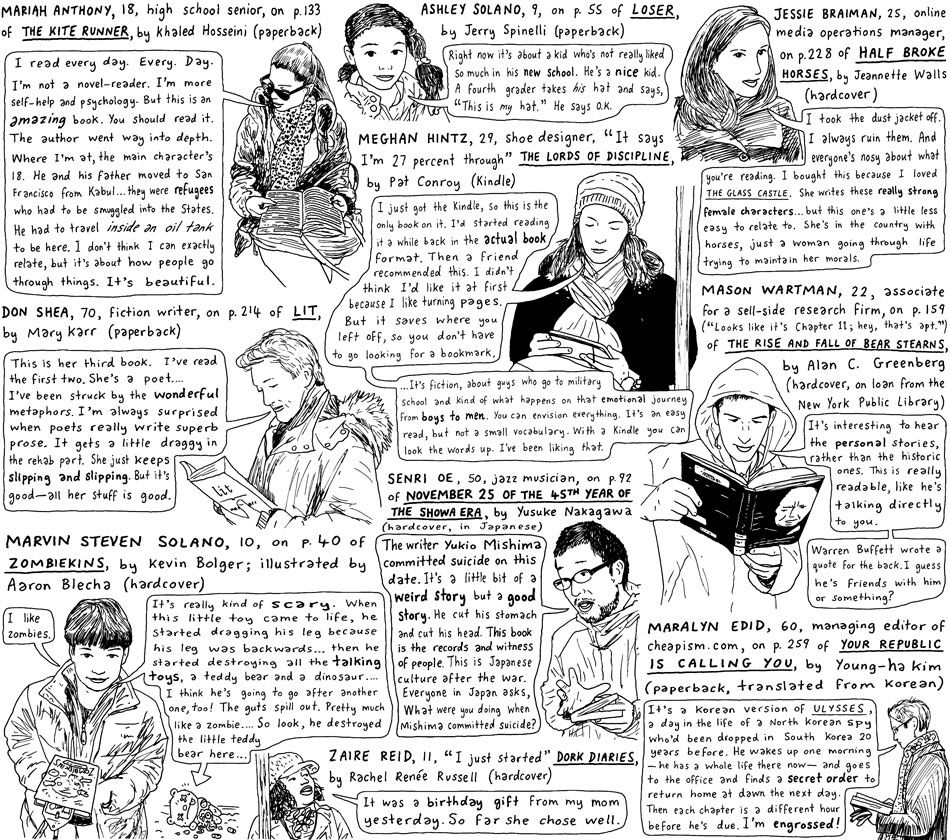 4. Is going to an elite school really worth the cost? [NYT]

5. JWOW from Jersey Shore is looking really really good. Who says fame and money are bad? Seriously look at the transformation of this Jersey Girl [Gawker]

6. The TSA let a loaded gun get through airport security and onto an airplane. Apparently this happens a lot. Great. [Gizmodo]

7. The White House Christmas Cards included hand signatures from everyone in the family, including Bo! [Choire] 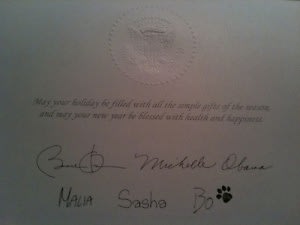 9. Did you miss the last episode of Larry King Live like I did? Thankfully this blogger was liveblogging the entire episode. Go follow what happened. [InOtherNews]

10. This tumblr went to a holiday party where the food was all inspired by modern art. I love this idea. Check out the beet and goat cheese salad inspired by Mark Rothko: 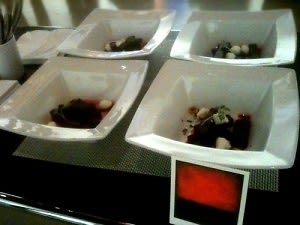 Also, check out this is a carrot curry gelée inspired by Josef Albers. [Atencioblog]

11. The mob Elmo-style. "In Times Square, Central Park, and outside 30 Rock, anywhere there are tourists in New York City you will find adults dressed as cartoon characters ready for photos and for your money. They look like fun, but who is really inside those costumes? Turns out no one really knows, not even the city. [PeterFeld]

12. Let it dough! This was going around the internet all day on Friday. I love it! [Abstract City] 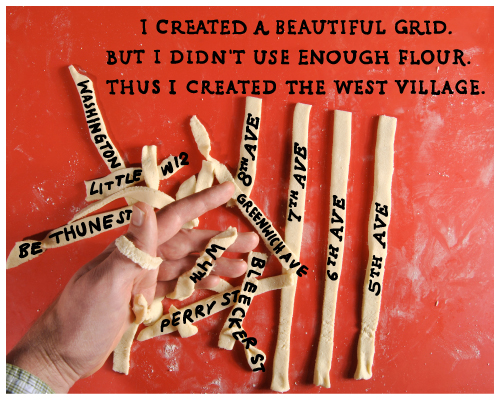 13. What if all of the web 2.0 companies met up for a high school reunion? This analysis via GChat is pretty good. [JessicaChu]

14. Jesus is a liberal democrat. "Because if this is going to be a Christian nation that doesn’t help the poor, either we’ve got to pretend that Jesus was just as selfish as we are, or we’ve got to acknowledge that he commanded us to love the poor and serve the needy without condition…and then admit that we just don’t want to do it." — Stephen Colbert, from this clip. [via JoshRachford]

15. 12 things you probably didn't know about the movie "Home Alone." 1. The picture Kevin finds of Buzz's girlfriend was actually a picture of a boy made up to look like a girl because the director thought it would be too cruel to make fun of a girl like that. 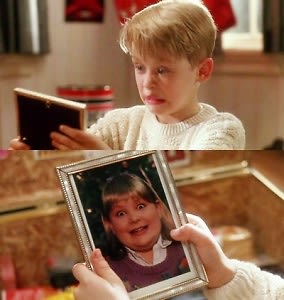 18. Dream Sequence. "In this surreal-like series titled Dream Sequence, Germany-based photographer Madame Peripetie takes us on a wild ride. Set against a dark background, these pale white skinned models are adorned with blooming flowers and draped in crazy costumes, making them look like they're either a Cirque de Soleil dancer or an alien out of a sci-fi movie." 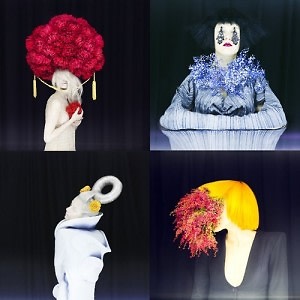 19. How to steal Julian Assagne's look for Christmas. Is this the work of Foster Kamer? [Esquire]

21. The Early Stager Secret Santa: "For our final post of 2010, we asked 20 friends from various corners of NYC tech to select virtual gifts for each other. As hoped, thoughtfulness, hilarity and randomonium ensued. Happy Holidays everybody!" [EarlyStager] 22. This year for the first time ever, advertisers have spent more online than on print. [WSJ]

23. Finally, I'll leave you with some Snoop Dogg. Check out these 13 photos of Snoop Dog looking out of place. [Elspethjane] 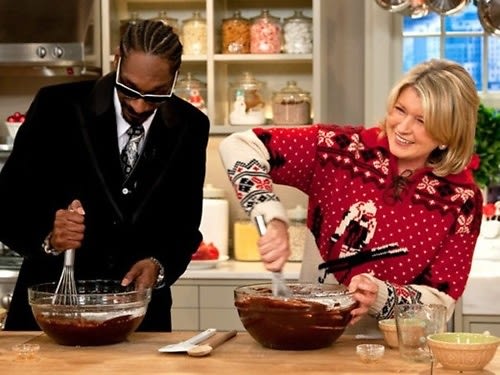