Ask anyone that knows me, and I think they'd agree it's fitting that I'm spending the first day of November in shorts. It was my first Halloween with Team GofG LA and, even though I missed out on loads of fun parties in NYC, I'm happy to report that at 77 degrees and sunny, I'm hardly complaining.  Here's what caught my eye today (even if it is 3 hrs behind you guys out east)...

1. A Halloween Weekend. It was my first Los Angeles Halloween, and non surprisingly, it held the same kind of craziness of NYC. There were parties (at their own Soho House) and even a Halloween parade, which I skipped in similar fashion to its W.Village counterpart. The one thing that LA holds over NYC? Well it's actually not a "thing" it's a "place" and it was THE PERFECT way to spend the evening. 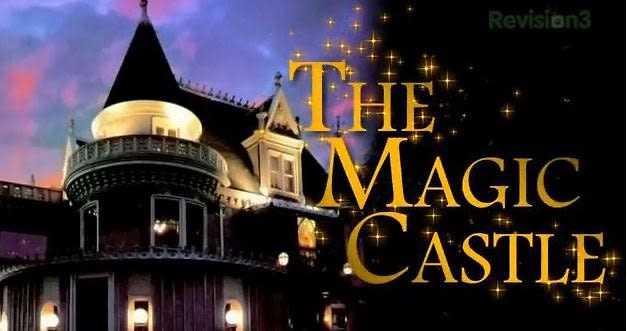 If you haven't had a chance to visit this incredible spot (it does require a membership and is pretty tightly guarded), I suggest you put it on your life "to-do" list. It is the stopping grounds of the best magicians in the world. And, though you technically aren't allowed to take photos, we snapped this quick iPhone photo at top (Me with LA Editor Emily Green).

Inside the castle are trap doors, secret rooms and more magicians and aspiring magicians than guests. It is truly a unique experience. I dreamt of being a good magician as a child, but one thing you realize at the Magic Castle, is that the level of commitment these men and women have taken for their art is a life long one. It's Magical.

2. Rally To Restore America. Jon Stewart and Stephen Colbert had the nation's capital rocking on Saturday and we are excited to all move on with our lives. Over 200k people came out to listen to Stewart's rant against the media. The problem? Only a select number of Americans actually watch cable television! [Rally To Shift The Blame] Oh well, we hear the party sure was fun! 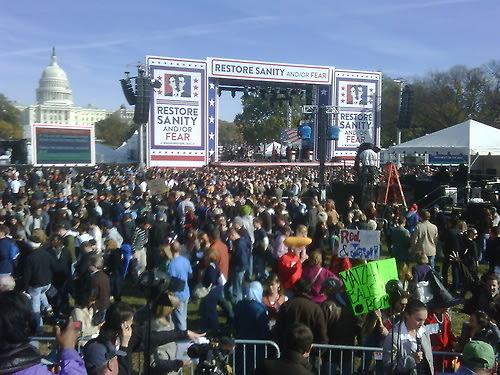 There were musical guests like Sheryl Crow on hand and loads of fans. Here's some photos of the festivities. [Gawker] And, here are some talking points from Stewart's speech. The whole thing can be found here: [Inothernews]

"So, uh, what exactly was this? I can’t control what people think this was: I can only tell you my intentions.

This was not a rally to ridicule people of faith, or people of activism, or look down our noses at the heartland, or passionate argument, or to suggest that times are not difficult and that we have nothing to fear—they are, and we do.

But we live now in hard times, not end times. And we can have animus, and not be enemies. But unfortunately, one of our main tools in delineating the two broke....

The country’s 24-hour, political pundit perpetual panic conflictinator did not cause our problems, but its existence makes solving them that much harder. The press can hold its magnifying glass up to our problems, bringing them into focus, illuminating issues heretofore unseen. Or they can use that magnifying glass to light ants on fire, and then perhaps host a week of shows on the dangerous, unexpected flaming ants epidemic. If we amplify everything, we hear nothing....

...Most Americans don’t live their lives solely as Democrats, Republicans, liberals or conservatives. Americans live their lives more as people that are just a little bit late for something they have to do. Often something they do not want to do! But they do it. Impossible things, every day, that are only made possible through the little, reasonable compromises we all make.

Because we know, instinctively, as a people, that if we are to get through the darkness and back into the light, we have to work together. And the truth is there will always be darkness, and sometimes the light at the end of the tunnel isn’t the promised land.

And, as you can see, Americans are really passionate people about the things that matter to them. Check out this friendly duo spotted at the Rally: 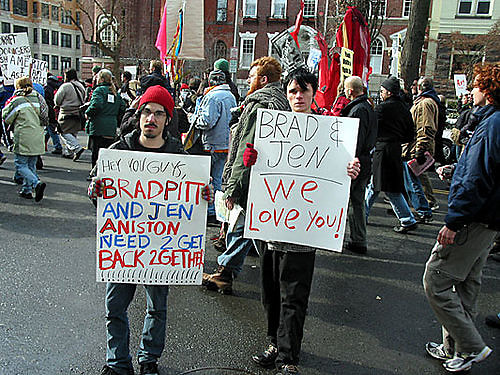 3. "Dead Drops" This is so cool. Aram Bartholl is going around the city inserting USB flash drives into walls, building and curbs accessible to anyone to "plug into" and share files. "Plug your laptop to a wall, house or pole to share your favorite files and data. Each dead drop contains a readme.txt file explaining the project. ‘Dead Drops’ is still in progress, to be continued here and in more cities." 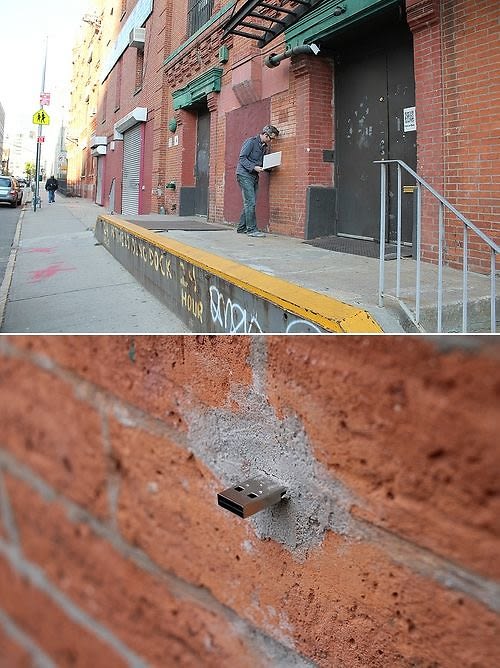 There is one right down the street from us on Bowery! [Dead Drops]

6. Alcohol is more harmful to you than heroin or crack. Finally, a ranking of substances from most harmful to least: [BBC]

7. Facebook buys Drop.io, brings on Sam Lessin. And, this is a pretty apt comparison btwn Matt Langer and his roommate [via Langer]:

Langer: So Facebook bought another NYC startup today. Brainland: Which one? Langer: Drop.io. Brainland: Oh that's the one with the guy. Langer: Yeah, Sam. They bought it basically just to get him. Brainland: So you're saying Facebook is like the Yankees?

Hey, who says Colbert and Stewart get to have all the fun?

9. Here are ten uses for your body after you die. [CNN via Emily Posts]. Also see this book: [Stiff]

10. Theodore Sorensen, JFK's writer and counselor died yesterday at the age of 82. He did "much to shape the president's narrative, image and legacy" including penning this quote: "Ask not what your country can do for you, ask what you can do for your country." He was also a fellow Nebraskan. [NYT] 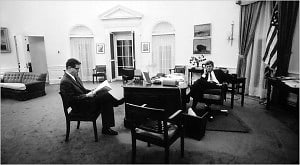 11. What business does Richard Johnson have in launching an iPad newspaper? [AdWeek] And, how Page Six is suffering without him. [Gawker]

12.The Underbelly Project. This exposé in the Times today is really special. Works by 103 street artists from around the world, were mounted illegally in a long-abandoned New York City subway station this summer. "Abandoned stations like this — and there are a fair number of them in the city — are irresistible to those who search out hidden spaces in the city, despite or perhaps because of the fact that being there is illegal and potentially dangerous." [NYT] 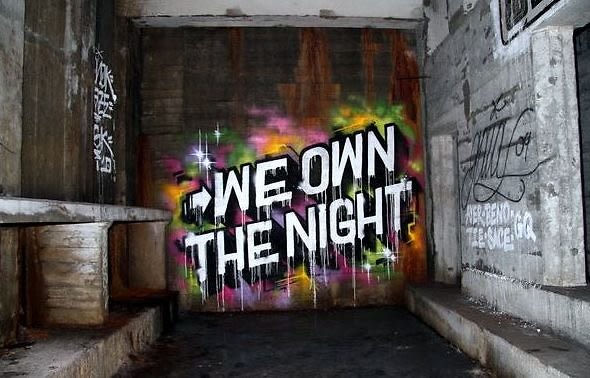 "Collectors can’t buy the art. The public can’t see it. And the only people with a chance of stumbling across it are the urban explorers who prowl the city’s hidden infrastructure or employees of the Metropolitan Transportation Authority."

Well, that's all for me today. If you're in Los Angeles, let me know! If you have something to include in tomorrow's reading list, email me! Rachelle@guestofaguest.com