If only JFK Jr. were around today to give us his input on things like the iPad-only newspaper, the craziness of Lanvin for H&M and, even more so, Sarah Palin's prose. Alas, I'll do my best on these and much more. Check out what I'm reading today! 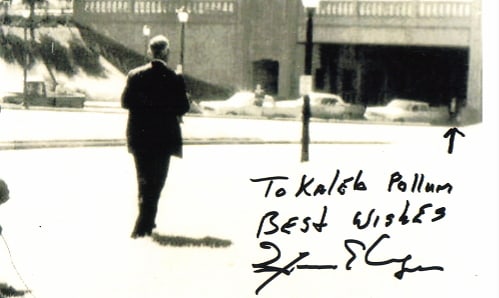 2. Jon Shook and Vinny Dotolo the guys behind the popular restaurant "Animal" in LA are really hip and cool. So, when the NYTimes decided to go shopping with the guys (named "best new chefs" by Food & Wine last year), for their Thanksgiving dinner this year, I took notice. You should too. [NYT]

3. Are you traveling this week and disgruntled about the new TSA scanners at airports that will give pervs the opportunity to basically see you naked? Well, one inventor has your answer: special body scanner-blocking fig leaf underwear that hide your privates! [Gawker]

4. Shoppers spent as much on H&M Lanvin as they would have on the actual real McCoy [NYMag] 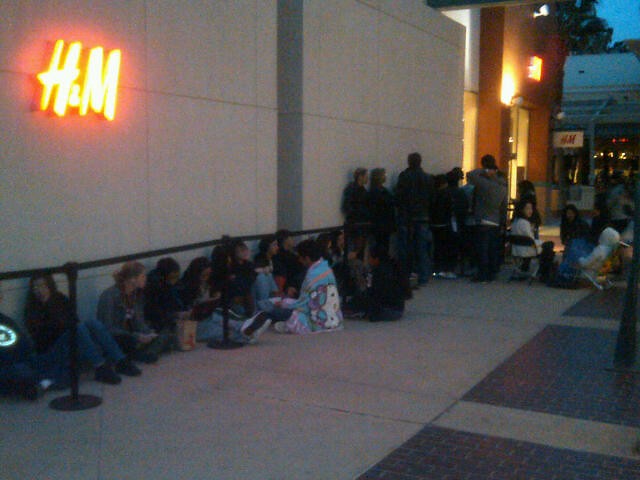 5. The everything guide to NYC deliveries is the cover story over at New York Magazine. It's like they knew I'd be in LA trying to figure out who could deliver me lunch in the Hills today! [NYMag]

7. In this week's New Yorker: [via their Tumblr]

8. Rupert Murdoch's iPad-only newspaper is generating a lot of buzz. Especially since Apple king Steve Jobs is now collaborating on the News Corp. venture into the unknown. [Guardian] The Daily as it is to be called, has $30 million behind it and a staff, including Page Six's Richard Johnson, of 100. It will be available for download as soon as the end of the month. [NYT]

9. Gawker was forced to pull the Sarah Palin transcripts from her upcoming memoir, America by Heart: Reflections on Family, Faith and Flag after HarperCollins filed a lawsuit against the website and a federal judge ordered them to pull the leaked pages. [MSNBC] Unfortunatly for Team Palin, the Internet is written in (very powerful) ink...and the pages are basically any and everywhere for the scrutinization. 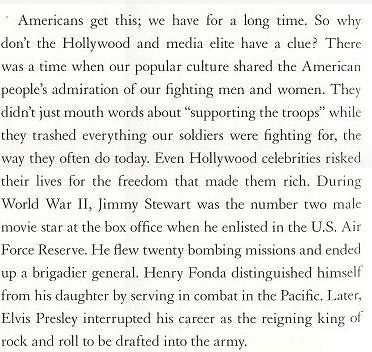 via Peter Feld who writes:

Oh Palin. Logic is so often a casualty in your writing. “Henry Fonda distinguished himself from his daughter by serving in combat in the Pacific.” Jane Fonda was six when Henry Fonda enlisted in World War II. No one would have mixed them up.

It's also important to note that Elvis, and any other WWII fighters didn't freely join the forces. They were drafted.

11. Anne Hathaway was the host of SNL this weekend and apparently, she was pretty good. Among other sketches was this one of her playing Kate Middleton, as well as one of her doing a parody of Katie Holmes. [NYDN], [InOtherNews] 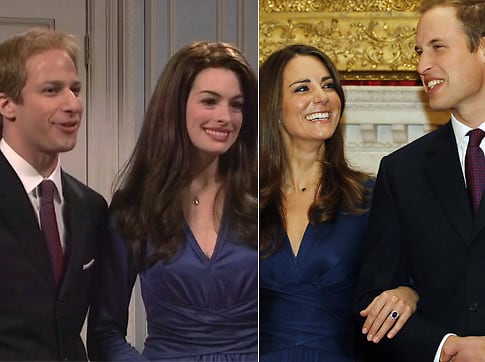 12. Here is a "Soundtrack for a Two-Hour Cocktail Party, for Encouraging People to Drink Slowly and Then End Up Doing It with Each Other That Night." [Choire Sicha]

14. Artsy community of Sag Harbor is up in arms about a long, shapely pair of legs. [WSJ] 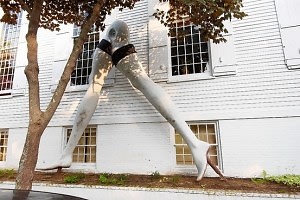 15. Barbara Bush on Sarah Palin. "I sat next to her once, thought she was beautiful and I think she's very happy in Alaska — and I hope she’ll stay there." [Today]

16. The Royal Society's lost women scientists. A study of the Royal Society's archives reveals that women played a far more important role in the development and dissemination of sceience than had previously been thought. [Guardian]

17. Reliving your childhood: Seth Green and Macaulay Culkin went to Pee-wee Herman on Broadway this Saturday. Check out this photo of the trio that Seth tweeted and welcome back to 1990: [@sethgreen] 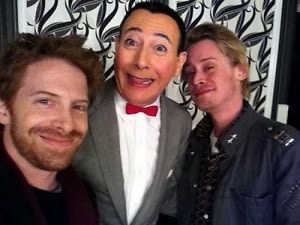 18. And finally, check out this clever ad in Israel. It's a pimple climbing wall that is supposed to get teen boys thinking about a zit cream called Clearex in a unique way. [Adrants] 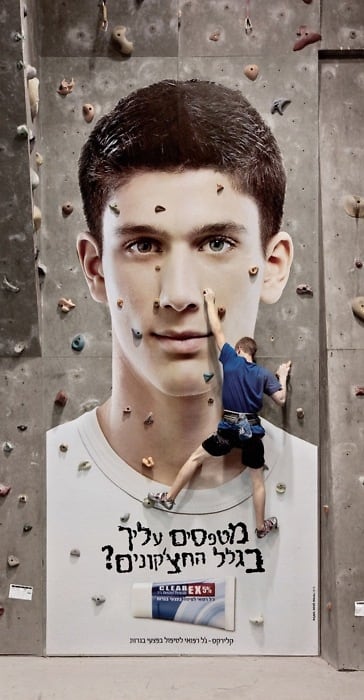 Well, that's all for me today. Do you turkeys have something for me to include in tomorrow's reading list? Don't be shy, email me! Rachelle@guestofaguest.com