Who is going to replace Regis? What does the inside of Ralph Lauren's study look like? Is Bedford Ave officially uncool? These are some of the questions I try and answer today. Plus, whiskey in a can, the smartest dog alive and Democrats for Palin? Whaa? Let's get started.... 1. Regis Philben is leaving "LIVE!" morning show. Well, this is something. [HuffPo]

2. But, who the heck is going to replace the guy? I agree with @sharongracepjs, and @brianstelter [via] and think that Pat Kiernan would be PERFECT for the position. In the beginning I mentioned that the idea for "Rachelle's Reading List" came both from wanting my guy (who is an avid Times reader but not much else), to be caught up in random info I was getting on Tumblr and the Internet in general. But another large puzzle piece is the fact that I was in love with Pat Kiernan's "In the Papers" segment on NY1. We watch it every morning.

Just discovered the online version of his TV show: "Pat's Papers" and these useful items right off the bat:

Column: MPAA movie ratings of little use to parents deciding what is suitable for kids. [SacramentoBee]

Jennifer Aniston lets out her dark secret in new issue of Allure: she hated the 'Rachel' [NYDN]

Anyway, told ya. This guy is really great. Can someone make an introduction already!?

3. I just caught the taping of Patti Smith on Charlie Rose this morning (was a taped episode; you can find it here). So I was excited to have this photo of her and Robert Mapplethorpe pop up in my tumblr dashboard (from Coney Island): [BBook via AnotherMag] 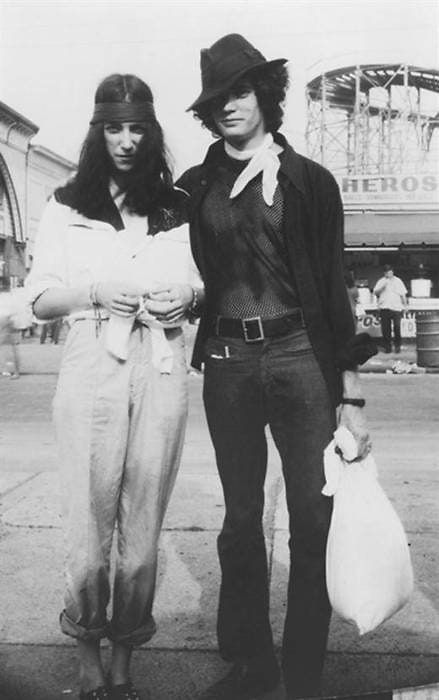 4. President Obama wrote an op-ed piece in the WSJ today on the executive order that he is signing today to review and revamp the federal regulatory system. [WSJ]

5. Ben Franklin's 200+ Synonyms for "Drunk." Today is Franklin's 305th bday. To celebrate here's a list of expressions meaning "inebriated" that he first published in the Pennsylvania Gazette on Jan 6th, 1737. [WaPo]

6. Timothy Cook is going to take over the day-to-day operations of Apple, with Steve Jobs out on his third medical leave. The guy (sitting to the left of Jobs in photo below) looks like he could be Steve's Doppelgänger doesn't he? [NYT] 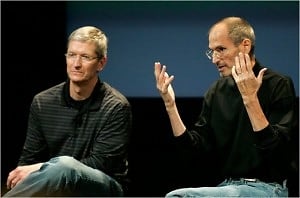 Speaking of Jobs, check out what he looked like in '94! This Rolling Stone Interview is worth a read. [RS]

7. Musical Innovation: A Grander Grand Piano. As a pianist (by nurture not nature!), I got a kick out of this new piano that Stuart and Sons are making. Most pianos have 88 keys, but a craftsman in Australia has designed a grand with an unprecedented 102 keys. [NPR]

8. The Works, Anatomy of a City, by Kate Ascher. "If you've ever wondered about how NYC works - what's under the streets, how clean water gets in the city and sewage is removed, how bananas get from Ecuador to the corner bodega, this is the book for you." Cool! [Naveen]

9. Did you ever wonder what the inside of Ralph Lauren's study (in Bedford, NY) looks like? [KissMeI'mLazy] 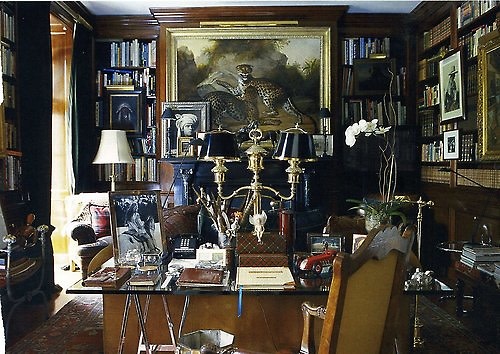 10. Someone is selling the secret to Banksy's identity on eBay. Whaa? [Lostateminor]

12. Democrats for Palin. Yep, they exist. But when you realize what they are actually promoting it makes more sense. Also, not like this idea is a new one, just haven't actually seen a group get together and solidify the concept until now: [Soup]

13. Meet Chaser, a border collie that understands 1,022 nouns - a record for canine knowledge which may one day lead researchers to understand how a child's mind works. [InOtherNews] 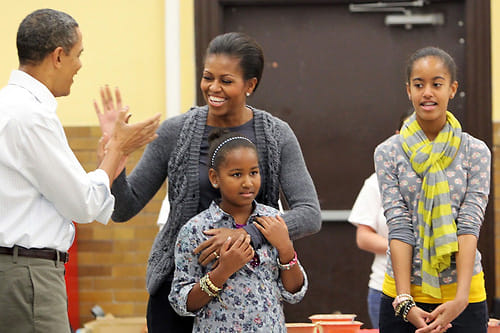 19. The best times to buy anything in 2011. From luggage to tools and chocolate. [Lifehacker]

20. Facebook suspends the new address and phone sharing feature. Do they know what they are doing over there or don't they? Who knows. [PeterFeld]

21. Whiskey in a can. A Panama-based company believes outdoor drinkers would prefer to crack open a tin rather than lug round a bottle of their favorite tipple. [DailyMail]

22. A new study shows how our genes play a role in choosing friends. Researchers uncovered "tentative evidence of a genetic component to friendship." [BBC]

23. Gwenie Paltrow and co. have some great advice on how to get through your lives as busy moms. The only problem? They are impossible to follow unless you are a millionaire. [ABC]

24. Finally, I'll leave you with this: this is currently what the city looks (and feels) like today. I may be in the minority, but I kind of love it. [Neighborhoodr] Do you have something for me to include in tomorrow's Reading List? Email me! Rachelle@guestofaguest.com