Today, amongst the many videos and stories going on across the web, I find out that NYC is getting a bike sharing program (finally)! Talk about some sweet potatoes! Go check out what else caught my eye today.... 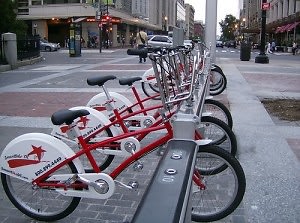 1.  NYC is to get a bike share! Following in the footsteps of some of my favorite European cities, this was always something that I thought was a good idea for our city. The only other American cities that currently have bike shares are Denver, Minneapolis, and Washington, D.C.  New York believes that with its greater density than any of those cities, it can make a profit on the bike share program. [WNYC]

2. J.Crew is in talks to move back into a privately owned company...for a small $3 billion.  Is Mickey Drexler is ready to take his company off of the public trading floor? [DealBook]

"As long as my khakis continue to come with a healthy dose of sequins, I don’t care who gets the corner office." -Cary Randolph

3. GofG's Sarah Kunst was giving her two cents over at the Change the Ratio's panel today. Sponsored by "Love and Other Drugs" (side note, I HATED the movie), she is with other women in the space that are concerned about the including Rachel Sklar. Kudos to both of them. [ChangetheRatio] 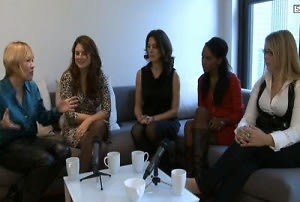 Follow @changetheratio to check out some talking points from today's live broadcast. 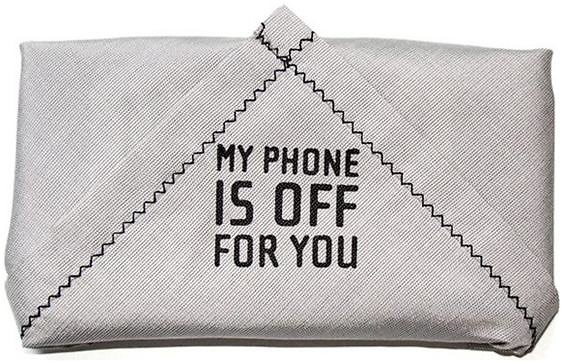 6. Mean Girls 2. I honestly didn't know if this was real or not (actually I'm not sure I do even now), but this trailer for Mean Girls 2 (coming out straight to DVD) makes the movie look like it could be one giant SNL skit. [JessicaChu]

7. North Korea fired scores of artillery shells at a South Korean island today, killing two soldiers, in one of the heaviest attacks on its neighbor since the Korean War ended in 1953. [Reuters]

8. This lady on the subway is NOT the sort of person you want to try to pull one over on. Or, you know, take out your penis for. Yikes is right! [Via Dens]

9. That video was pretty hilarious, but this one's even better...check out this grandma reading Kanye West's tweets out loud [Via Gawker.tv]

10. Speaking of Kanye, he's performing a "secret" show tonight- that's no longer a secret obviously - at the Bowery Ballroom. Tickets sold out right away, leaving a bunch of disgruntled Tweeters. [NYT]

11. Designers are starting to send in their drawings on what they would like Kate Middleton's wedding gown to look like. The wedding date has officially been set for April 29th, 2011.  [People] 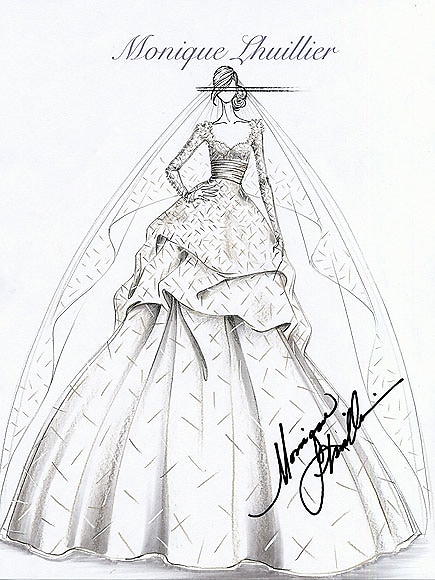 12. Flamingos gathered in the shape of a Flamingo is the "holy grail" of pictures? [Metro] 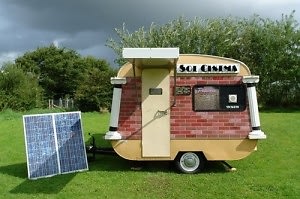 15. The Scale of the Universe. I sent this to my little brother awhile back, but definitely was happy to see it pop up on my twitter feed again today. It's worth a click. [ScaleoftheUniverse]

16. Pope Benedict has been talking condoms as of late. The Vatican has confirmed: gay men, okay to use. [NYT]

17. Check out these airport security cartoons through the ages that have appeared in The New Yorker, including the one below: [The New Yorker] 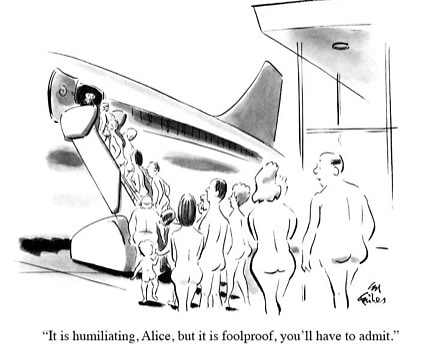 18. And finally, this looks like a really great addition to your Thanksgiving Day Feast doesn't it? Talk about a sweet potato! [Blackbook] 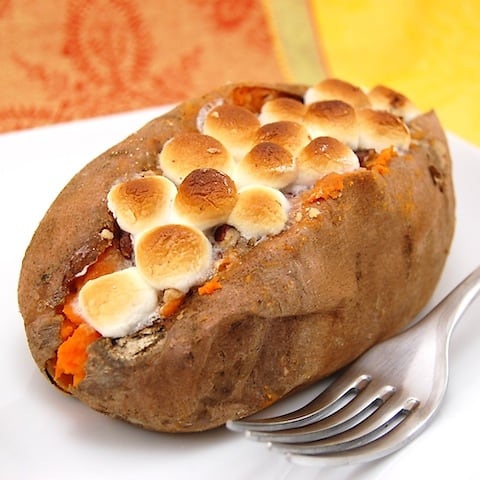 Well, that's all for me today. Do you have something for tomorrow's Reading List? Don't be shy, email me! Rachelle@guestofaguest.com