Conan unleashed his talents on TBS last night. Plus Zac Posen's holiday cards, the most creative father ever, the smartest kid on the planet and my new DIY project. That's just some of the things hidden in today's reading list. Check it out! 1. Conan O'Brien premiered his first show on TBS last night. And, the opening was probably the best thing of the entire show. Watch it below:

“A lot’s happened in the news since I went off the air, and I wanted to cover it all in one joke… Then I realized that’s like trying to keep an Icelandic volcano from wearing Lady Gaga’s meat dress while a trapped Chilean miner cleans up the BP oil spill—comma Brett Favre’s penis.”

Conan O'Brien is living in the past. [Defamer]

Why Conan O'Brien is the new king of late night. [Newsweek]

What did the other lat night hosts have to say about the Conan Premiere? [Gawker.tv]

3. Nora Ephron talks Twitter, divorce, journalism-and her growing forgetfulness. Her new book, I Remember Nothing is out today. [Newsweek]

4. Tina Fey is on the cover of the Washington Post's Style Section (below). Tonight she will be the youngest comedian ever to accept the Mark Twain Prize for American Humor at the Kennedy Center. [WashingtonPost] 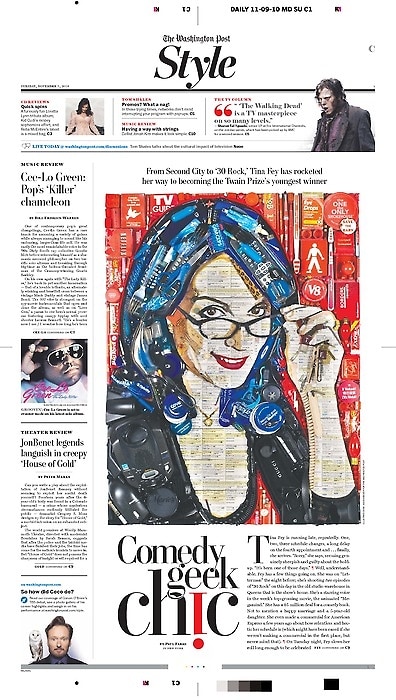 5. How to tastefully use social media at your wedding. [Mashable]

6. The December Issue of the Atlantic is on stands now, I can't wait to read! [The Atlantic] 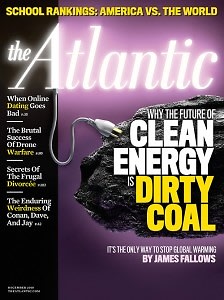 7. The Bowery, Past, Present and Future at the Tenement Museum next week. [BoweryBoogie]

8. How to drink Four Loko (sort of) responsibly. [The Awl]

10. This NYC lady won Wheel Of Fortune 7 word puzzle with only ONE LETTER given to her. New Yorkers are the smartest people in the world! [InOtherNews]

11. The TV Midterm Report Card. Gossip Girl gets a C, 30 Rock a B, and a show called Fringe an A (should I start watching?). [NYULocal]

12. Google is offering free in-flight Wi-Fi for the holidays. [CNN]

13. Check out these holiday cards designed by Zac Posen. The proceeds go to benefit the youth in foster care in NYC. [TinyPrints] 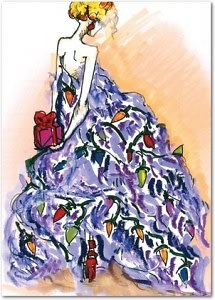 "May your holidays sparkle"

14. The 6 Hottest Journalism Startups of 2010. [BusinessInsider]

15. Check out these tights. I smell my next DIY project. [The VieSociety]

16. The most creative photographer father. Jason Lee, a wedding photographer by trade, has turned the camera on his two daughters, and the results are magical. Go see for yourself! [MyModernMet] 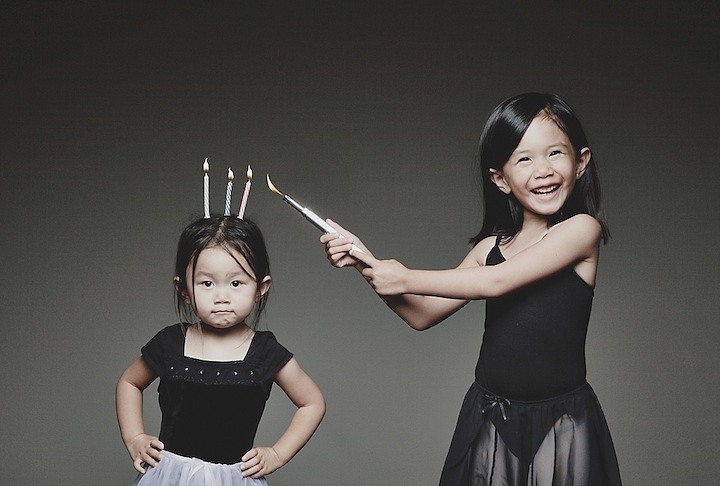 Well, that's all for me today. Have something to include in tomorrow's reading list? Email me! Rachelle@guestofaguest.com