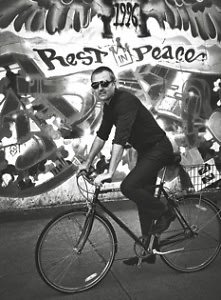 Today I take a break on Page Six and go on a rant against Gawker and my issue with their lack of accountability. Then I show you some cool toilet fish tanks. Ready?

1. Guess which NYC Media company this quote is referencing:

"The question, then, is whether it's even worth criticizing a website that, through an unapologetic commitment to sensationalism, has made itself nearly impervious to criticism."

It's Gawker.com (of course), and writer Ryan Kearney did a great post today on how the website sometimes does go too far, and how sometimes, even the detached medium of the internet can't serve as an excuse.

Between this gruesome murder photo they published and their "exclusive" story on Christine O'Donnell (in the same week no less), they continue to do such a poor job at positioning their "news." It has me scratching my head to say the least. And not just because I'm being fed New Yorker pieces and the like on Denton, referencing his "King of NY Media" title on a semi-frequent basis. Mostly I'm confused at what the f he thinks this does for his *business.

Everyone in NYC media circles, when asked, will repeat like hypnotized clones something along these lines: "Denton always has a plan. Denton  always has a reason for his actions. Denton's action are always right." Ok. Give me a break. Name one brand that would choose to have their ad next to a graphic photo of blood oozing out of brutally murdered artist.  No smart one would at least. And, isn't Gawker a numbers business? By that, I mean that Gawker's revenue is tied directly into their traffic. Isn't their money coming in from advertisers that care about this sort of thing? Oh RIIIIGHT. They don't give a shit either. Maybe this rant is better served as a sort of "shame on you [insert advertising company] for allowing any sort of traffic to persuade you to take the easy route and pay for this kind of journalism." Oh. I forgot. Denton doesn't believe he is producing real journalism (and therefore shouldn't be held by those same standards). Right. Go tell Jason Chen or Hamilton Nolan that they aren't credible journalists. See how that goes over. Whatever semantics Denton chooses, the simple facts don't change. You're the "New Rupert Murdoch," remember? The lack of boundaries and accountability over at a company that bills itself as an online media powerhouse to its advertisers is irksome.

On that note, I, for one,  cannot WAIT for Gawker to transition to a "Respectable Media Format" (see: SLATE ARTICLE HERE). Denton is "very serious about turning Gawker Media into something more reputable than a batch of blogs." So wait, will that make your writers accountable journalists? I'm so confused. Are you or are you not a journalistic media company?! We're curious to see whether their new "REPUTABLE Media Website" (in beta here) will mean that we can expect basic journalist ethics codes to be adhered to, as well as whether ad companies will continue to pay for filth in numbers.

My guess? King Denton has no idea what he's doing. Just like the rest of us.

*For all of you who are reading this that have no idea what I'm talking about. In short, here's how it works: Nick Denton's site, Gawker.com posts whatever they want as long as the writer thinks it will drive traffic to the site. The more outrageous the better. Then, advertisers pay thousands of dollars to sell their ads against this incoming sensational traffic thus reinforcing the posts to be outrageous and in turn causing Denton to incentivize his writers to continue to write extreme posts like those about a dead man lying in a pool of blood, or the shape of a senator's pubic hair. The writers in fact get paid more based on how much traffic their posts bring in. A new pay quarter comes and the cycle continues. Welcome to online media without accountability.

2. 40 People Who Changed The Internet [Hongkiat]

3. Vanity Fair puts up it's favorite photographs of music icons on their website today. Check out this crazy shot of Madonna in Madison Square Garden, circa 1985. She makes Taylor Momsen look tame. Also, the B-52s in 1978. Anyway, there are more to check out here: [Vanity Fair] 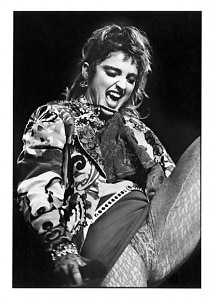 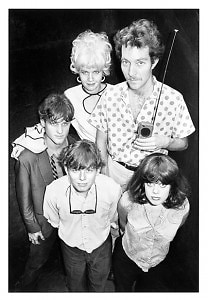 4. Today was a great day for employees at Google. The company, recognizing what a competitive marketplace it is out there (and probably noticing that most of their talent is heading to Facebook), gave all employees a surprise $1k cash bonus and 10% raise. [SAI]

5. Gant is setting up a store on Yale's Campus. In one of New Haven's most historic buildings, the former Langrock Fine Clothes store, Gant will firmly plant itself as the new/old  prep go-to.  [T Magazine]

6. BlackBook Magazine's Cayte Grieve followed designer Charlotte Ronson around to some of her favorite NYC places including Cafe Cluny and The Smile. Here she is chit chatting with our buddy Carlos Quirarte outside his popular joint on Bond street. [BlackBook] 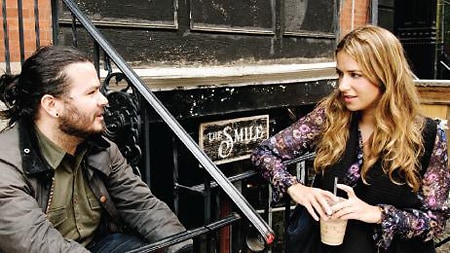 7. There's a town in Spain that's naming their streets after video games and their characters. Here is a picture of "Mario" on the "Avenida de Super Mario Bros." [InOtherNews]

8. Here's a really great visual on the tax cut proposal of Democrats vs. Republicans. [Soup]

9.  Fish Tank fun. I don't know why my Tumblr is all of a sudden a fish tanked theme, but you have to admit, the trend is a funny one: 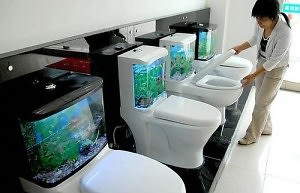 10. The NY Art Book Fair was this weekend at the MoMA PS1 in Long Island City. And, one tumblr photographer captured some great photos of the 280 international presses, booksellers, antiquarian dealers, artists and publishers from twenty-four countries. [AConversationOnCool] 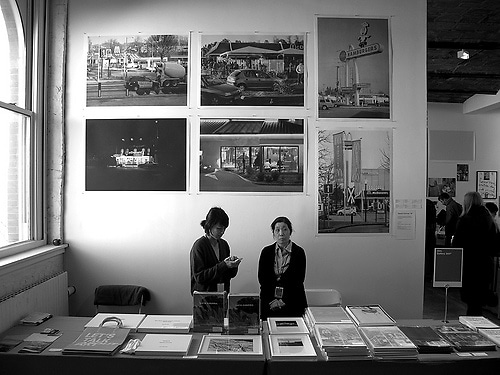 11. Download the Standard Hotel's Playlists. This is actually pretty cool, esp for someone like me who needs a well curated music list to get through the work day. Check out the mixtapes from the Standard NYC, Miami Beach, Downtown LA and Hollywood. [StandardCulture]

11. What we can learn from procrastination. [The New Yorker]

"Victor Hugo would write naked and tell his valet to hide his clothes so that he’d be unable to go outside when he was supposed to be writing."

12. The Paper Table. This is super cool. And, if I can figure out who makes them, I'll be ordering some for our offices: [Flickr] 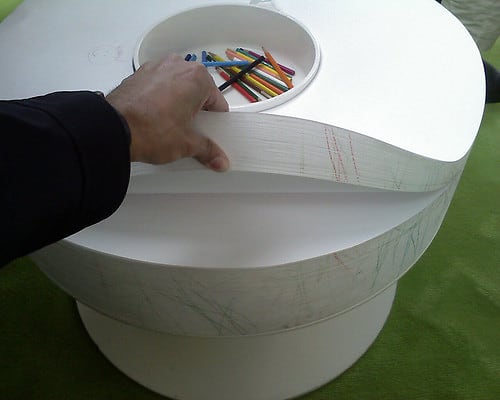 13. The Power of an Earthquake. [Gizmodo]

15. Kanye West randomly started rapping for passengers on this Delta flight. Video below:

Well that's all for me today. Do you have something that I should rant about tomorrow? (joke). Email me stories you think I should be reading here: Rachelle@guestofaguest.com