Two really cool things we came across and wanted to share 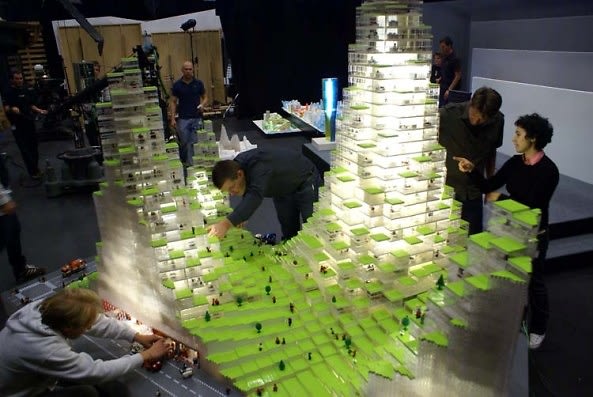 The first has to do with our favorite toy, LEGO. The Storefront for Art and Architecture at Kenmare and Lafayatte is currently showcasing conceptual urban housing designs and one is an amazing version of New York City created out of Legos. We haven't seen it yet, but apparently the details are intense and include New Yorkers doing various things including street graffitti, working, going to Dean & Deluca, and even going at it. Gothamist does a good job reporting on the exhibit as well as a link to a fantastic flickr site with tons of photos to check out. Oh and get there before November 24th. 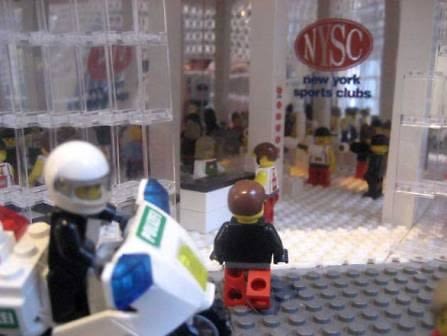 Second, brings us to the amazing work they are doing at Sony BRAVIA. They released their "play-doh" commercial October 4th but we just saw it today and thought it was pretty f-ing cool. It is the most ambitious piece of stop-motion animation ever undertaken. Created by ad agency Fallon London, the commercial took a team of 40 animators three weeks choreographing the models to create the 100,000 still images required to produce the 60-second ad.

"Technically this is the most difficult thing I have ever done," said the ad's director, Frank Budgen. "It is an incredibly difficult situation to control. You have New Yorkers wandering through frames and you have no say over it because we're doing it for real." Previous ads by BRAVIA have included releasing 250,000 bouncing balls on San Francisco and creating pyrotechnical paint display in Glasgow, though the latest one in the Financial District of NYC tops them all. Watch the video below which, besides the bunnies includes effects such as a 200 square foot purple plasticine wave and a whale "swimming" through the streets of Manhattan - all while locals go about their daily lives.