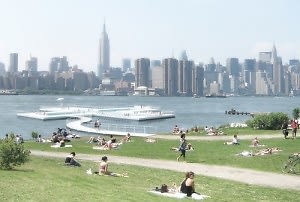 Summer's almost over. But just because the air will be getting brisk soon doesn't mean we can't imagine future additions to New York's summertime scene. Especially when they're as cool as the proposed floating pool in the shadow of the Brooklyn Bridge.

We've recently highlighted some of the best swimming pools not only in New York, but in the world. +Pool would surely join those ranks. The pool would be plopped down into the East River, off the Dumbo shoreline. Its elegant design would divvy the pool up into four nautical spheres: an Olympic-sized lap pool, a sports pool, a lounge pool and a kiddie pool. Or be combined into a single 9,000 square foot swimmer's (or lazy floater's) paradise. 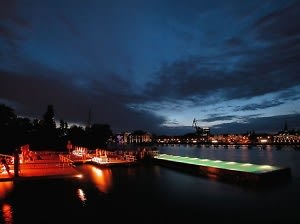 +Pool is reminiscent of Berlin's wildly popular Badeschiff, right. Being in Berlin, Badeschiff evolves into a techno dance party come sundown. There's no word yet on +Pool hosting nocturnal debauchery, but we'd love the planners to consider making it a nightlife destination in addition to its more traditional purpose.

Unlike Badeschiff, +Pool would let New Yorkers return to nature, as the water would come straight (and, naturally, filtered) from the East River. In addition to being green, that component of +Pool might keep crowds at bay as germaphobes recoil at the thought of lolling around in dirty-ish water. Just don't use it as an excuse for a discrete underwater pee.

Check out the renderings below and make them a reality by getting involved in +Pool here. 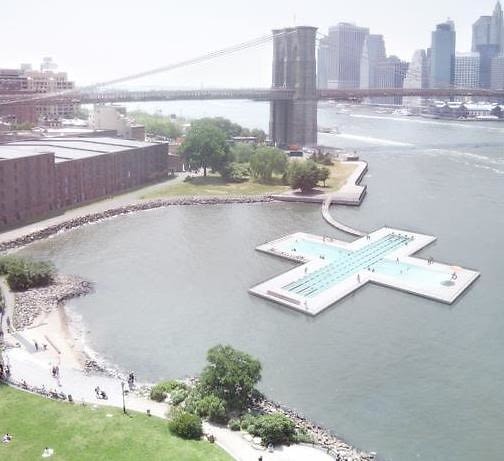 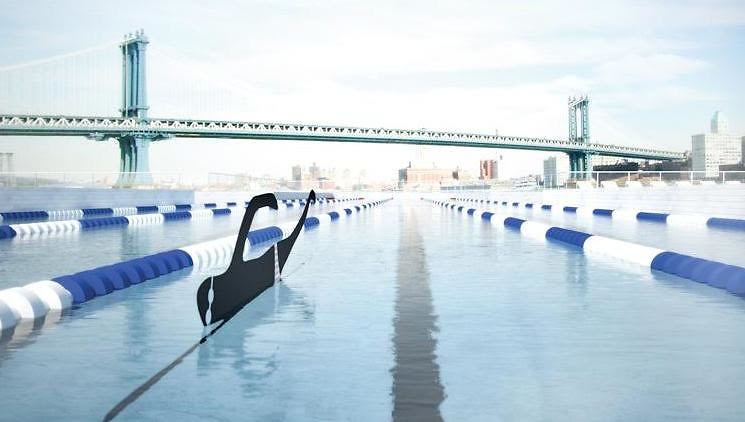