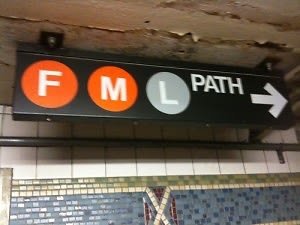 Just as everyone wants to escape the city heat, it's getting harder to do so. No one has the cash to pay for the LIRR to Southampton. The MTA is eliminating Metrocard options as it hikes prices for surviving ones. And whether or not you can afford a ticket, trains will muck up your schedule.

The Wall Street Journal reports on a crisis on the Long Island Railroad, as fabulous cash-poor twentysomethings scramble to get on the last train from the Hamptons to the city and, having had no time to buy a ticket at the station, can't cough up the inflated, cash-only fare on board. Frustrated conductors take down address info and send an invoice which may or (more likely) may not be paid. Anyway, it's an unpleasant way to cap off a carefree weekend out of town, and makes you wonder if youthful Hamptons types are too glam for dirty, rumpled cash or shams racking up credit card debt during their beach excursions.

At least the embarrassment girds New Yorkers for a return to the illustrious bowels of the subway system. Fresh off eliminated lines and abandoned information booths, city commuters can expect to either cough up an additional $15 for a monthly Metrocard ($104 from $89) or an extra $10 for a pass that will cap your rides at 90 over 30 days. In light of the bad news, it only makes sense that the MTA is also mulling termination of it's $4 one-day fun pass.

Finally, we all know the trains are perpetually late, no matter how loudly the MTA denies it. Today the Times cries foul on reports that commuter trains are 96% punctual. Well, not foul really, but at least out of bounds. Turns out the results were based on some sort of magical bureaucratic time, as a train was only deemed tardy if it pulled in more than six minutes late. Also, the study failed to differentiate between off-peak trains, which run like butter (maybe because the absence of passengers lightens the load) and rush hour cars, which move like molasses.

But hey, even if the train system robs you blind, at least it won't take an X-ray peek through your unmentionables, as local airports soon will.