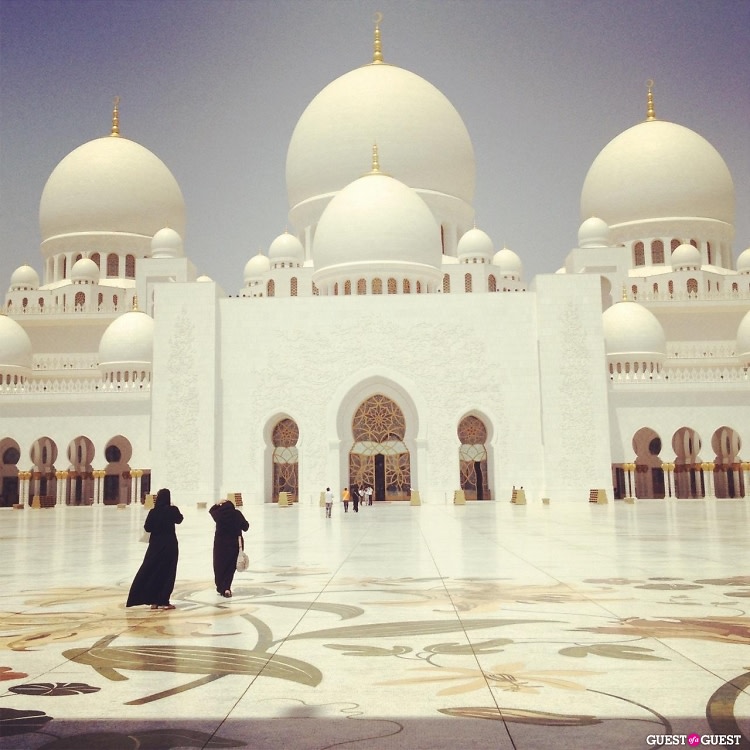 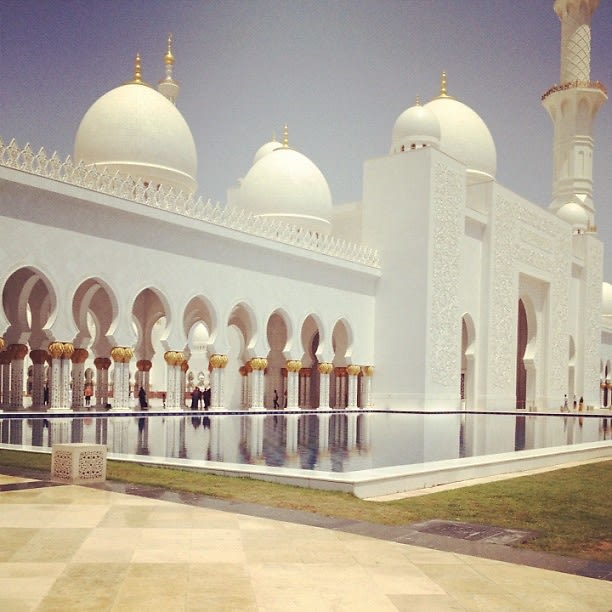 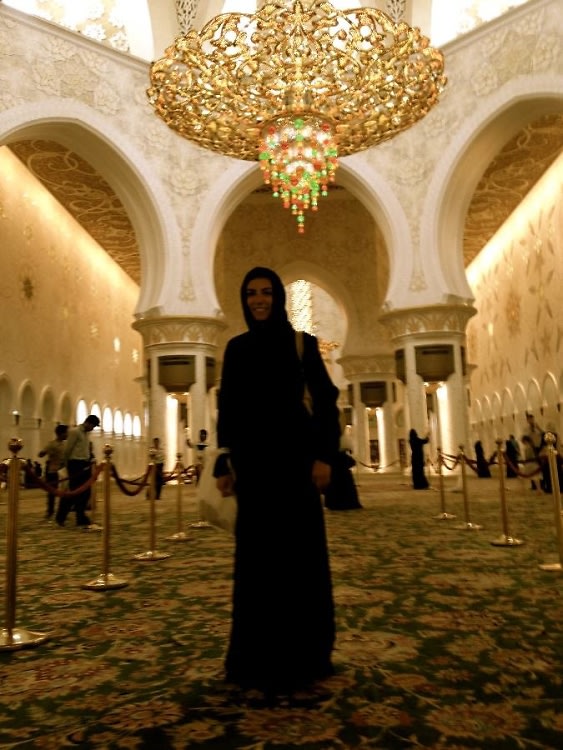 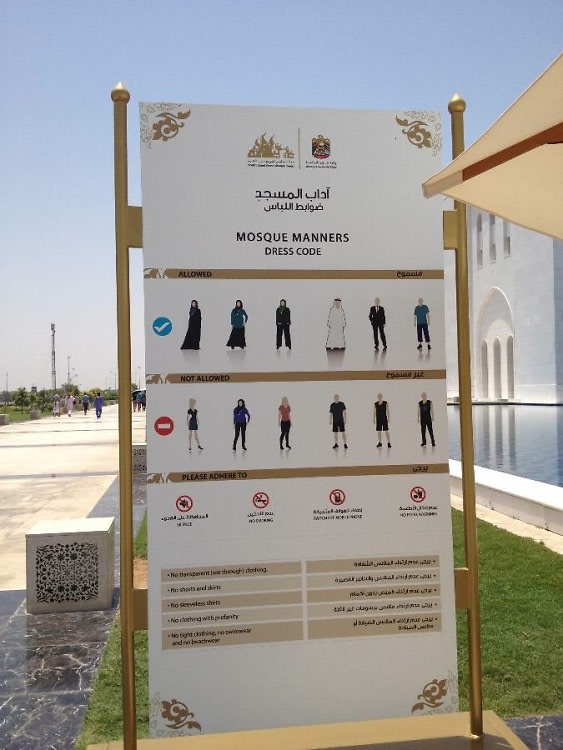 In order to enter the mosque, women must wear an abaya and men must have their shoulders and knees covered. Women can borrow abayas from the mosque. No shoes are allowed inside. The chandelier (above, left,) is the 3rd largest in the world. 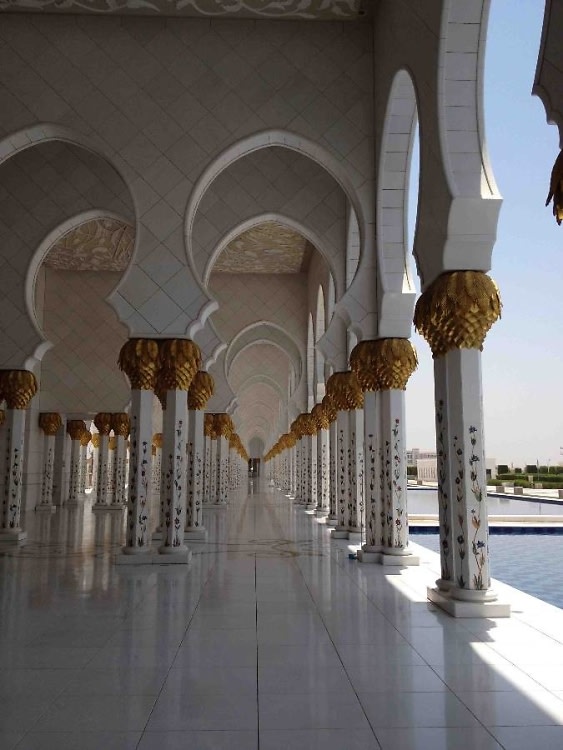 The 96 columns inside the prayer hall are made of marble and mother of pearl. 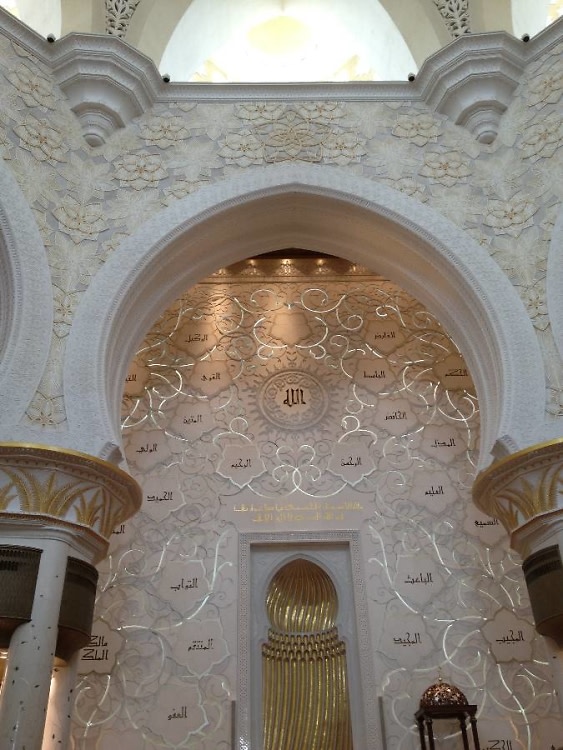 The 99 names of Allah are written in Kufi calligraphy inside the mosque. 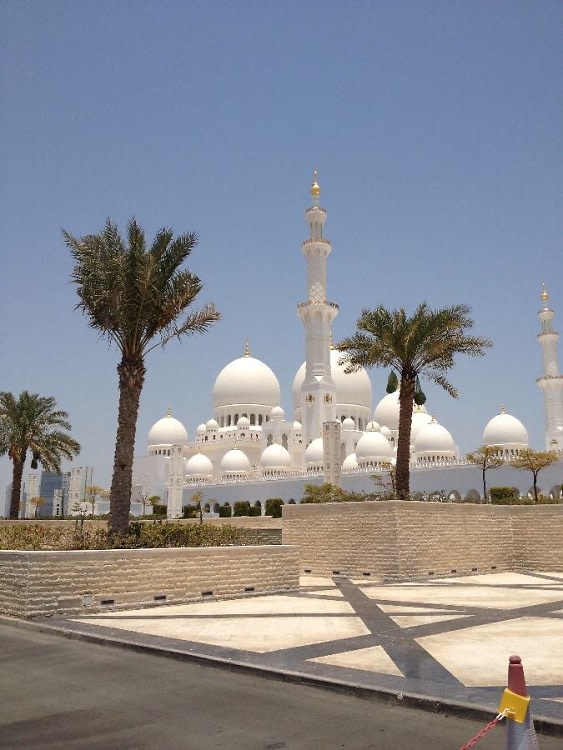 The mosque is constructed out of materials from many countries, including Italy, Germany, Switzerland, Morocco, Turkey, Iran, and China. The goal of the mosque is to unite the world, and by using these materials, the builders hoped to display their mission.