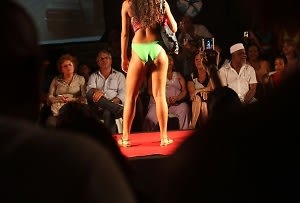 As Rio de Janeiro scrambles to rehabilitate the seedier aspects of its image (see: City of God) in preparation for the 2016 Olympics, the rewards of one government-sponsored program were unveiled last Friday with a fashion show featuring clothes designed by the city's prostitutes.

The event took place in the heart of Vila Mimosa, Rio's red-light district. Fledgling designers learned the trade through classes sponsored by the Association of the Residents and Friends of Vila Mimosa. Professional models and three prostitutes displayed the fashions. And if the clothing wasn't enough proof of the initiatives promise, these numbers are: of the 105 streetwalkers enrolled in the program, 65 have found jobs outside of the sex industry.

You've got to applaud such a humanitarian approach to cleaning up a red-light district. We're not sure where all of New York's ladies of the night went when they were chased off of 42nd Street back in the '90s, but given Times Square's proximity to the Garment District, Rio's efforts should not go unnoticed by New York authorities. 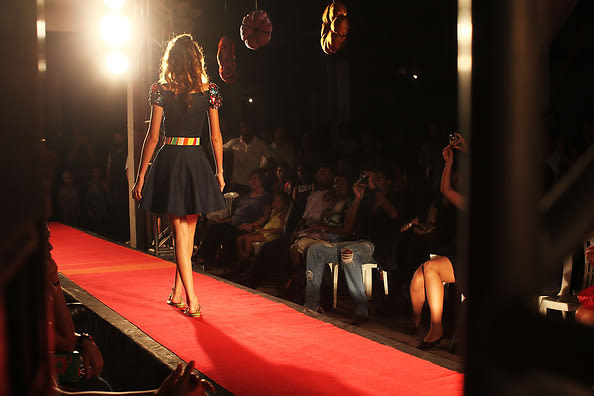 A model walks the stage at a fashion show in the red light district, Vila Mimosa, wearing clothes designed by sex workers on December 11, 2009 in Rio de Janeiro, Brazil. The fashion show, which is a government sponsored project to give female prostitutes other career choices, displayed dozens of new designs on both models and three fellow prostitutes. The Association of the Residents and Friends of Vila Mimosa teaches the women skills in sewing and design. Out of the 105 woman to enroll in the fashion design program 65 have now found jobs in other professions besides working in the sex industry. (December 10, 2009 - Photo by Spencer Platt/Getty Images South America)