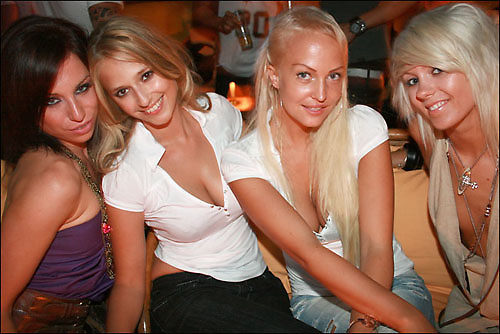 Downbythehipster posted this Ibiza image perhaps hoping to invoke some sort of envy in his small readership who may have flocked to the Hamptons instead, or to make all five of them feel as if he knows what he is talking about. Since he doesn't, we'll help him out. Hotspots across the Mediterranean Sea are riddled with "gift girls" throughout the summer reaching a highpoint in August.

There is nothing unique or fleeting about it. If you have the euros and you want to pay, you too can be a "hitter" for a stint in Ibiza or Monaco or wherever.

In the meantime we'll be enjoying the Hamptons, and we certainly won't be suffering from a "grass is greener" syndrome, since everyone knows that there's plenty of time to swing by Ibiza since (unlike the Hamptons) it runs strong well into the end of September.