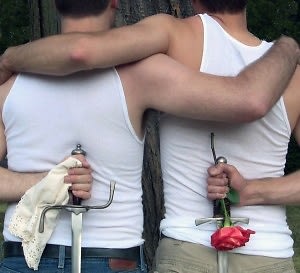 Of all DC cultural institutions, the Folger Shakespeare Library certainly ranks amongst the most stately -- having 79 copies of the Bard's priceless First Folio tends to help with that kind of reputation.  Once a year, however, the Library manages to shrug off its academic inclinations for one evening -- and one evening alone -- that somehow manages to be haughty and thoroughly lowbrow all at once.

Enter the fourth annual presentation of "Bootleg Shakespeare" -- the one day of the year when the Folger's reins are wrenched back from the papercut-prone hands of Oxford-educated English majors and handed over to DC's own Taffety Punk Theatre Company. Coming this Monday, July 26 at 7 PM, BP IV will see "thirty daring actors...[who know] nothing but their own lines" interpret one of Shakespeare's lesser known works, "The Two Noble Kinsmen" live and on stage at the Folger Theatre.  And, by interpret, we mean rip to shreds, then stitch back together with scotch tape.

"The play is cast, the actors get off book, and then everyone turns up on the morning of the performance to rehearse and perform the show on the night,"

"It's tightwire stuff that proves exhilarating for actors and audience alike."

The one-time only performance is free to all and unticketed, but always a full house affair. Shakespeare in the Park it is not, but, then again, how often does one get see paper bag puppets and samurai swords get iambic pentameter treatment?  That's what we thought. 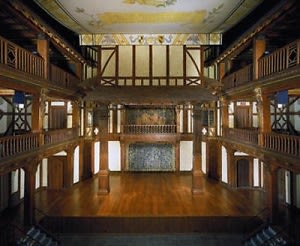 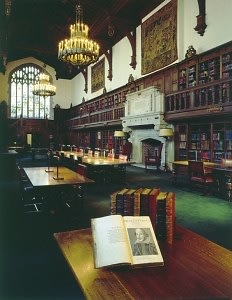 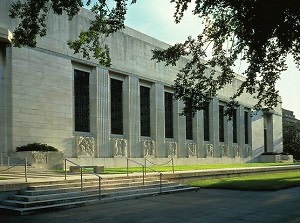