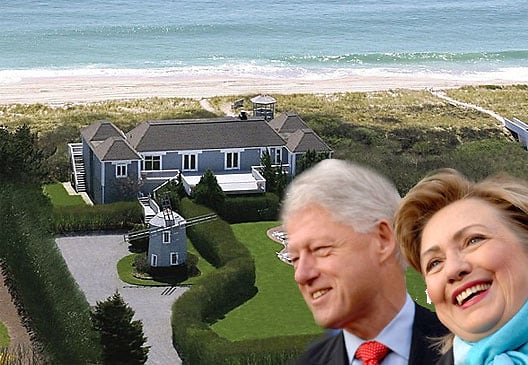 Our friends over at Curbed are reporting that the Clintons are beaching it up at the Windmill House in Bridgehampton -- one tipster told the website that they spotted Secret Service stationed outside.

While the FAA hasn't reported a no-fly zone over the area, like they did when the Bidens were in town, the family has recently been spotted out-and-about on the East End: Bill reportedly got his spin on at Soul Cycle this week, just days after he partied 'til 6 in the morning at his 64th birthday bash (and got serenaded by Paul McCartney, natch).